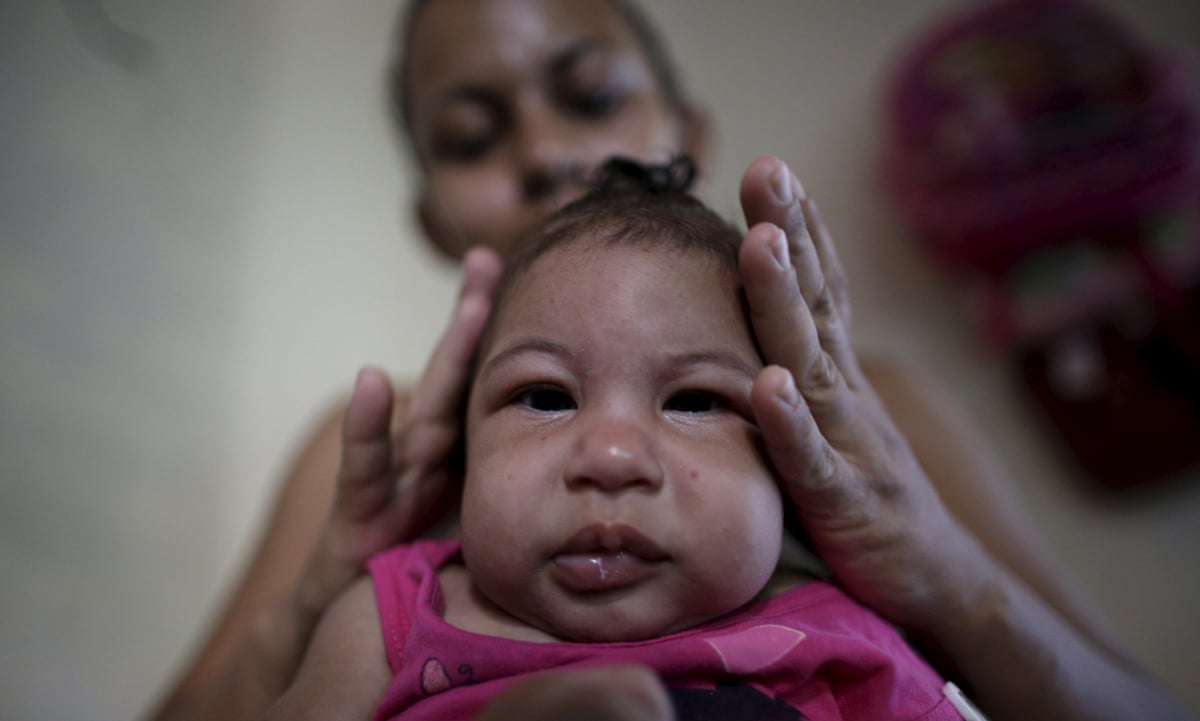 Many Latin Americans doubt that public health officials in their countries can contain the Zika virus, but nevertheless said they find it reasonable to follow official advice and delay having children, a new study has shown.

The virus, which has spread rapidly through the Americas, has been linked to a rise in microcephaly in Brazil, a debilitating birth defect where children are born with abnormally small heads. Last week the World Health Organisation declared the wave of birth defects a public health emergency of international concern, but,other than that it is carried by mosquitoes, there is little scientific knowledge about Zika.

The study, provided exclusively to the Guardian by the data analysis firm RIWI Corporation, found that not only did some Latin Americans lack confidence in their governments response to the virus, but many were unsure how it is spread.

Venezuelas healthcare system is severely strained and undergoing chronic scarcity of drugs and medical supplies after years of mismanagement and a plummeting national economy.

One nurse at a public health clinic in the Coche suburb of Caracas said the shortages were so acute that only expectant mothers were being tested for Zika. We are only testing pregnant women we havent the resources to test everyone, she told the Guardian.

In Argentina, where only two cases of Zika have been confirmed, 43% of respondents had faith the government would manage the crisis. In Guatemala, where officials have confirmed more than 100 cases, the equivalent figure was 24%.

Alejandra Hernandez, 26, a child nutritionist in Guatemala City, said the country was not prepared to cope.

In Guatemala we do not have the necessary resources to address this epidemic. There are many trained doctors in the public hospitals but even simple things such as syringes and paracetamol are in short supply, she told the Guardian.

Its much worse in the health centres where the care provided is poor because there are not enough trained staff or laboratories. In short, Guatemala is not ready.

In Brazil the country worst affected by the virus scientists and health authorities admit they are struggling to get on top of an epidemic that is thought to have infected about 1.5 million people.

This is a major health incident in the history of Brazil. We face a very serious problem to which scientific knowledge is far from sufficient to cope. The scientific community has the responsibility to discover as much as possible as rapidly as possible, said Wilson Savino, the director of the Oswaldo Cruz Foundation, the countrys leading health studies centre.

Since the first case was identified in Brazil last April, the public have watched Zikas rapid spread with rising anxiety. Of the Brazilians surveyed, 23% said they knew someone with the virus.

I wasnt particularly worried at first, but now its really scary because this is a threat for years to come, said Maria Teixeira, a 40-year-old Rio de Janeiro resident. Any woman who is still able to have babies is really worried right now, especially those like me who are starting to feel concerned about time. How many years do women have to wait until they can feel safe to have a child?

Anna Durbin, the professor of global disease epidemiology and control at Johns Hopkins University said it was logical that worse-hit areas would see a more sceptical response to governments attempts to control the crisis.

There is very little published research on Zika and no single test for the virus in humans or mosquitoes. Since 80% of people are asymptomatic, epidemiologists worry most infected people will be unaware they have the virus.

Attitudes towards women being asked to delay having children vary across the region, which includes many with deeply held Catholic views.

Karla Licea, a constitutional lawyer in Mexico, said: It is a fundamental right of human beings to decide on their own reproduction, to decide whether or not they want to have children, with whom, where and at what point in their lives.

What the government needs to do is investigate and inform young people and adults, men and women, so that they can then decide on their reproduction, because nobody can advise someone else to have or not to have children and when to do so, it is an individual personal decision.

For those who want children, who says that you must only have completely healthy children?

In many countries, the data suggested that media coverage of the disease may have influenced peoples responses. In Peru, for example, the first confirmed case of Zika was reported on 29 January, about a week before the report data was taken, but 10% of respondents nevertheless said they knew someone in their local area with the virus.

In Venezuela, 37% of respondents said they knew someone with the virus while in Brazil which has the continents highest confirmed number of cases the figure was 23%.

Theres so much panic right now, and honestly we dont have a lot of answers, said Durbin.

So, we have suspect cases and then we have confirmed cases … Someone in an endemic area feels ill with a fever and particularly [if they have] a rash [doctors are] going to say this looks like Zika, you probably have Zika, but it wont be confirmed.

The polls may also reflect the intensity of the outbreak in certain regions. The majority of respondents from Colombia were from the Andean city of Bogotá, which is not believed to have been badly affected, while most Venezuelan respondents were from the sweltering coastal capital Caracas, which is thought to have suffered high rates of infection.

In each country, pollsters spoke to between 1,000 and 2,000 people, with male respondents outnumbering women by a factor of up to two to one. Responses in each country were weighted to reflect the population.