The sled dog race from Alaska to Canada is gruelling to say the least, but self-described Quest addicts return year after year to test their limits 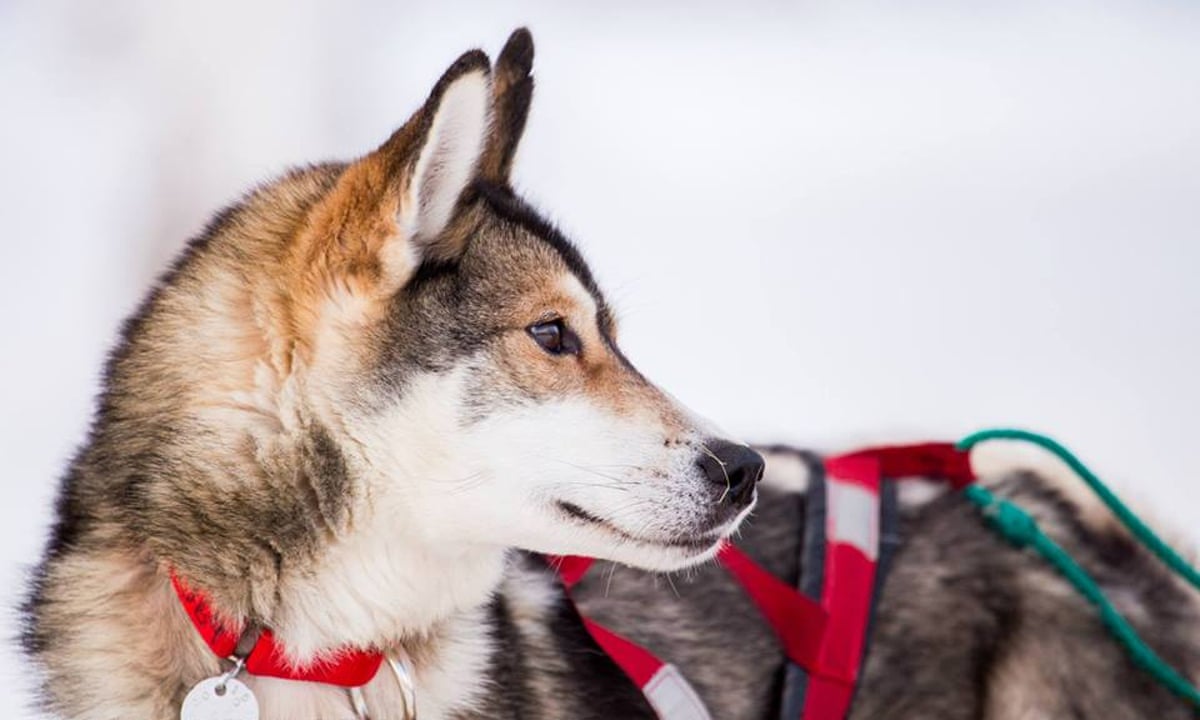 We were looking for the toughest sled dog race in the world, and this year we found it, said Rob Cooke, an ex-Royal Navy British-Canadian who finished on Thursday despite nearly pulling out halfway through.

Overshadowed by the better-known Iditarod, the Yukon Quest starts in early February, travelling between Fairbanks, Alaska, and Whitehorse in Canada at a brutal time of year, when temperatures often drop to -40C (-40F) or worse.

With only nine checkpoints over 1,000 miles, Quest mushers camp out on the trail and see nobody for hundreds of miles, traversing four mountain ranges and an area larger than France.

The scale of the landscape guarantees an experience for the contestants, many of them self-described Quest addicts who return year after year to test their personal limits and tackle whatever Mother Nature throws at them.

This year, a handful of teams got trapped by a blizzard, one musher was charged by an angry bull moose, search and rescue was called out for a dog who then instantly recovered, and a sudden, early thaw nearly sank the winner as he sped along the Yukon river to the finish line.

Veteran Alaska musher Hugh Neff of Laughin Eyes Kennel in Tok took home the 2016 trophy, his second victory in 16 consecutive Quests. This is about so much more than a trophy, Neff said at the finish line. It really is the dogs. All I do is take care of them.

All three teams have signed up for the more expensive Iditarod, starting on 5 March, when 82 elite mushers will compete for a purse of $725,000, with $70,000 going to the winner.

Neff took home just $25,000 for his Yukon Quest victory, or $10,000 after race expenses a relatively tiny purse that is intentional, said John Firth, who travelled the inaugural trail in 1984, and has written a couple of books about the race. The Quest appeals to the Joe Blow musher who wants to run the race but has no expectations of a pay packet at the end, he said.

And that emphasis upon survival, rather than speed, is reflected in the rules.

Mushers are allowed only 14 dogs and one sled, which must be repaired if it breaks. The sled carries enough food to feed 10,000 calories to each dog each day, along with a mandatory axe and pair of snowshoes. Dogs can be dropped at checkpoints, but a musher must have six dogs to finish. No two-way communication is allowed, and mushers must remain self-sufficient and all times, refusing any offers of help except from their handlers in Dawson City.

Many mushers appreciate the emphasis on endurance rather than racing checkpoint to checkpoint in pursuit of a purse. The Iditarod is about money and the big time and the flash, and everything I hate about mushing, said Ellis. The Quest is about dogs and trail and community and friends. Really the only similarity is theyre both 1,000 miles.

However, one-third of contestants scratch each year, suggesting that the Quest attracts mushers most likely to end up in difficulty. This year, trouble struck on the closed Top of the World Highway east of Dawson City, where the trail was rerouted after heavy jumble ice blocked the Yukon river.

The elite teams raced over the detour without difficulty, but mushers at the back of the pack reached the highways 3,000-foot summit in a blizzard as night fell. Lead dogs were up to their necks in snow, and refusing the move forward. Some teams gave up, camping out in deep cold and starting to succumb to fear and desperation.

Laura Neese, a 19-year old rookie from Michigan, was the only musher on the summit that night with a dogteam willing to move ahead no matter what.

Neeses team leader Maple ploughed through snow so deep it threatened to bury her, breaking trail for both Neese and another team that was camped out in a makeshift shelter, and in a bad way.

Id never seen anything like that before, with the drifting and the winds, said Neese, after completing her first 1,000-mile race. It was well, I completely give my leader Maple all the credit for getting us to Dawson without either having to camp or me having to play lead dog for a while.

Neese is known for singing and whistling to her dogs as she beds them down in straw. The relationship between musher and dogs is absolutely what determines success.

Dogs have to pass a physical at the start, finish and all checkpoints and mushers are involuntarily withdrawn at the first sign of abuse.

Even so, bad things happen. One dog died on the 2016 Quest, experiencing a sudden gastric hemorrhage half an hour outside a checkpoint. The dogs owner, Sebastian Dos Santos Borges of France, immediately scratched. The mushers are usually the first to call us over, said race veterinarian Lori Walker. They love their dogs.

So much so that another musher hit his emergency locator beacon when his lead dog Charlie suddenly collapsed just outside a checkpoint. Within 30 minutes, Charlie was in the back of the vets SUV wagging her tail, licking the vets face, and begging for snacks. DeBruin was allowed to continue but ultimately scratched. Vets diagnosed Charlie with muscular myopathy, or muscle spasm.

With the last musher due to finish on Friday just in time for the annual banquet pretty much every contestant said they would be back again in 2017.

Would rookie Laura Neese? Absolutely. I loved it, she said. I thought I was addicted before, but Im worse now.