Subsidies and tax credits can offset much of the spike in health insurance premiums for some, while others are just grateful to have coverage 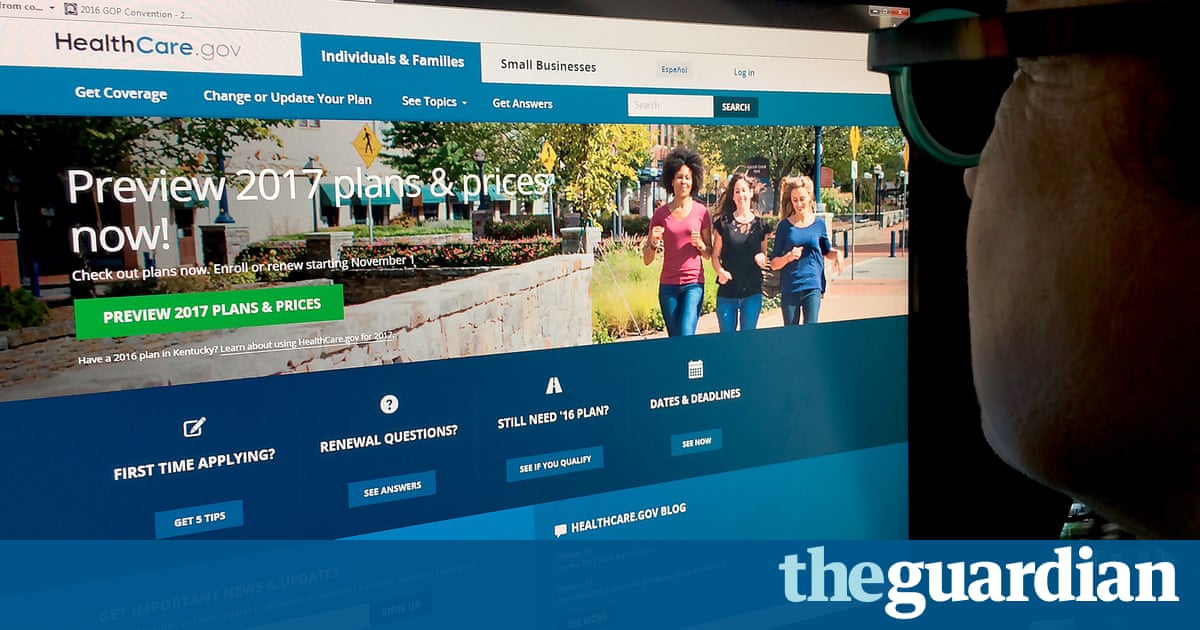 As the Obama administration confirms that premiums for some health plans under the Affordable Care Act will increase by an average of 25% next year, families like the Marshes are just grateful to have health insurance.

Jerry Marsh, 62, is covered by Medicare because of a disability, but his wife, Kerri, was uninsured until the Affordable Care Act Barack Obamas signature healthcare legislation, which has drastically reduced the number of uninsured in the US, stopped insurers denying coverage for pre-existing medical conditions, and allowed children to remain on their parents policies until age 26, but has faced criticism for the cost of premiums and deductibles went into effect. She is a homeschool teacher for their 11-year-old grandson, who has learning difficulties.

Marsh, a health insurance navigator, said Kerris current coverage would cost $18 more a month next year because of the premium increases. We can live with that, thats a $20 bill; if people went out having beers or something, youd spend that real quick, Marsh said.

The familys experience challenges the narrative pushed by Obamacare opponents this week after the Obama administration confirmed on Monday that marketplace health insurance premiums would increase, on average, 22% this year.

Its over for Obamacare, said Donald Trump at a rally in Tampa, Florida, on Monday.

But that conclusion overlooks subsidies and tax credits available to people who buy insurance on the Obamacare marketplace.

In Phoenix, for instance, the premium increase is so steep that a 40-year-old non-smoker could go from paying $207 to $507 a month for the most common health exchange plan, according to the Kaiser Family Foundation (KFF).

But when financial assistance is accounted for, that same 40-year-olds premium rate increase could be 0%.

With subsidies and tax credits, 72% of people who buy insurance on the marketplace would be able to find plans with a premium of less than $75 a month, according to a Department of Health and Human Services (HHS) report released this week. And up to 2.5 million people may be eligible for a subsidy but dont know it, according to HHS.

Rebecka Brayton, an insurance navigator for Wyoming Health Council, said her clients were not concerned about the premium increase, which is about 9% in her state, according to KFF. So far, I have not had negative feedback on the increase; I am very sure that is because its so small in our state and the offset of the tax credits, Brayton said in an email.

She said that while the state has some of the most expensive insurance in the country, it receives money that helps reduce consumer costs.

For instance, one man who lost his job came to her concerned about the price of his Cobra coverage, a health insurance option that lets people who have lost their jobs continue to use the same coverage that their employer offered. But Brayton ended up finding him a marketplace plan that cost less than half as much as the one he had while employed, with a lower deductible and prescription drug costs.

But not everyone qualifies for financial assistance that can bring the premium rate down. A concern is that some of the people who are higher income, but are not high income, will be hit hardest by this increase, said Cynthia Cox, associate director at KFF.

Shela Bryan, a 63-year-old maintenance supervisor in Georgia, makes just over the $47,520 limit to qualify for a subsidy. Bryan told CNN Money that the cheapest policies she could find amount to more than a quarter of her yearly income, or double her mortgage. I dont know how they think anyone can afford that, she said.

That is why some people are choosing instead to pay the tax penalty handed down to people who choose to be uninsured.

At the same time, people like Kerri Marsh who use the marketplaces are getting health insurance they would not have without Obamacare.

Nearly half of adults in marketplace plans were uninsured before getting the new insurance, according to an April 2016 survey from the Commonwealth Fund. And a New York Times analysis showed that Obamacare brought historic increases in coverage for people who have been traditionally left behind by the health care system.

All youve seen in the last couple days, is that they [the premiums] are going up 30%, 40%, 50%, Jerry Marsh said. That type of thinking is what will hurt some people.