Federal Reserve Chair Janet Yellen professed her disappointment over not being tapped for a second term by President Donald Trump, as she also predicted the central bank would keep on its path of gradual interest-rate increases. 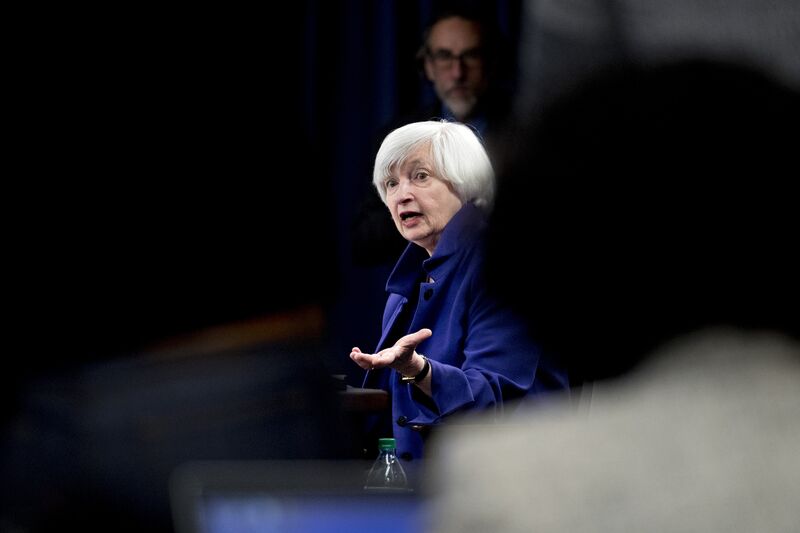 “I would have liked to serve an additional term and I did make that clear, so I will say I was disappointed not to be reappointed,” she said Friday on PBS NewsHour in a rare television interview. In her last day on the job, Yellen added, “I feel great about the economy, I think things are looking very strong.”

“The Federal Reserve has been on a path of gradual rate increases and if conditions continue as they have been, that process is likely to continue,” she said.

In a break from past practice, Trump opted not to nominate Yellen to a second four-year term. Instead, he chose fellow Republican Jerome Powell to head the central bank. Earlier on Friday, the Brookings Institution announced Yellen, 71, is joining the Washington-based think tank to continue her economic studies and particularly her analysis of the labor market. Powell is to be sworn in as chair on Monday, February 5 at 9 a.m.

As perhaps her final act at the central bank, Yellen late Friday hit one of the largest U.S. banks, Wells Fargo & Co., with an unusual ban on growth that follows the San Francisco-based lender’s pattern of consumer abuses and compliance lapses. Regulators can’t allow “pervasive and persistent misconduct at any bank,” Yellen said in a statement.

Yellen said Friday that gains in the labor market had begun to benefit “almost all groups in the American economy,” and that she expected the pace of wage growth to move up, but perhaps not dramatically.

“Ultimately it’s limited by productivity growth, which is weak,” she said.

During Yellen’s four-year term, unemployment fell to 4.1 percent, from 6.7 percent when she took office. The January reading, released oh Friday, matched the lowest since 2000 and was below the level that most economists — including those at the Fed — reckon is equivalent to full employment.

Inflation, though, has consistently fallen short of the Fed’s 2 percent objective during Yellen’s tenure and stood at 1.7 percent in December, according to the Fed’s favorite price gauge. Yellen and her fellow policy makers said this week that they expect inflation to rise this year and to hit their target “over the medium term.”

Notwithstanding this week’s rout in the stock market, investors have prospered during Yellen’s time atop the central bank. Since she took control in February 2014, the Dow Jones Industrial Average has risen by more than 65 percent.

As Fed chair, Yellen began the process of exiting from the extraordinary measures that the Fed put in place during the financial crisis and its aftermath, gingerly lifting interest rates from near zero percent and slowly scaling back the central bank’s big holdings of bonds.

Yellen’s exit marks the end of more than 15 years of public service in two stints at the central bank. She first served as a governor under Chairman Alan Greenspan in 1994 to 1997, before chairing the White House Council of Economic Advisers from 1997 to 1999 during the Clinton administration. She returned as president of the San Francisco Fed in 2004, became vice chair in 2010 and chair in 2014.