James Rybicki, who served Wray’s predecessor, James Comey, in the same role, will soon leave, the sources said. Zachary Harmon, a white-collar lawyer, will take on the role.
“Jim Rybicki notified me last month that he will be leaving the FBI to accept an opportunity in the corporate sector,” Wray said in a statement that was provided to CNN after the network began inquiring about the change. “While this is an exciting move for the whole Rybicki family, Jim will be dearly missed by the FBI family — and by me personally. His many years of dedication to the Bureau and (Justice Department), his level-headed judgment and earnest professionalism, and his steady good cheer have been an asset to us all and have contributed greatly to the safety and security of our nation.” 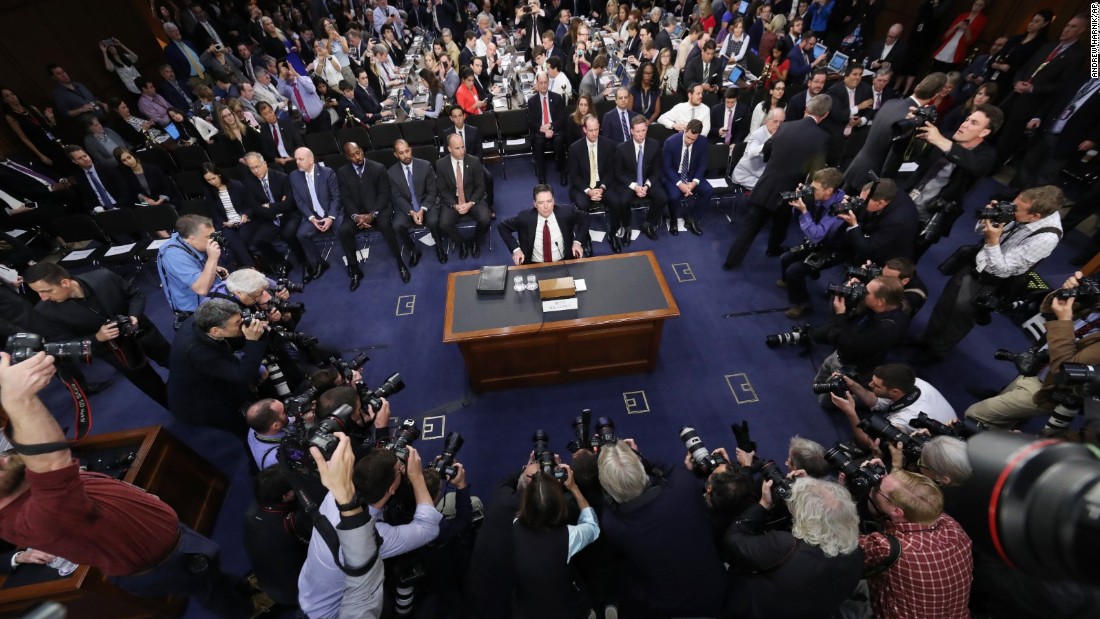 Rybicki came under fire from Republicans last year because of his connections to Comey and role in crafting a statement that exonerated Hillary Clinton in her email server investigation. Rybicki met with House Oversight and House Judiciary committee members earlier this month as part of their probe of the FBI’s handling of the Clinton emails.
The move has been in the works for a while and Harmon has known for weeks he’d be leaving his law firm, King & Spalding, where Wray also previously worked. He did not attend the firm’s partnership retreat in Arizona this past weekend, yet is still listed online as working for the private law firm.
Wray had previously worked for King & Spalding in Atlanta and Washington, and often worked closely with Harmon, who is based in Washington. Harmon focused his work in private practice on foreign corruption, especially related to companies in the Middle East, Africa and Asia.
Harmon did not immediately respond to a request for comment.
Wray praised Harmon in the statement, citing his experience as a federal prosecutor and work on counterterrorism issues.