He has no home and only the clothes he stands up in. She has a spare room. This is what happened when Yasser and Helen moved in together, as insured through both their eyes 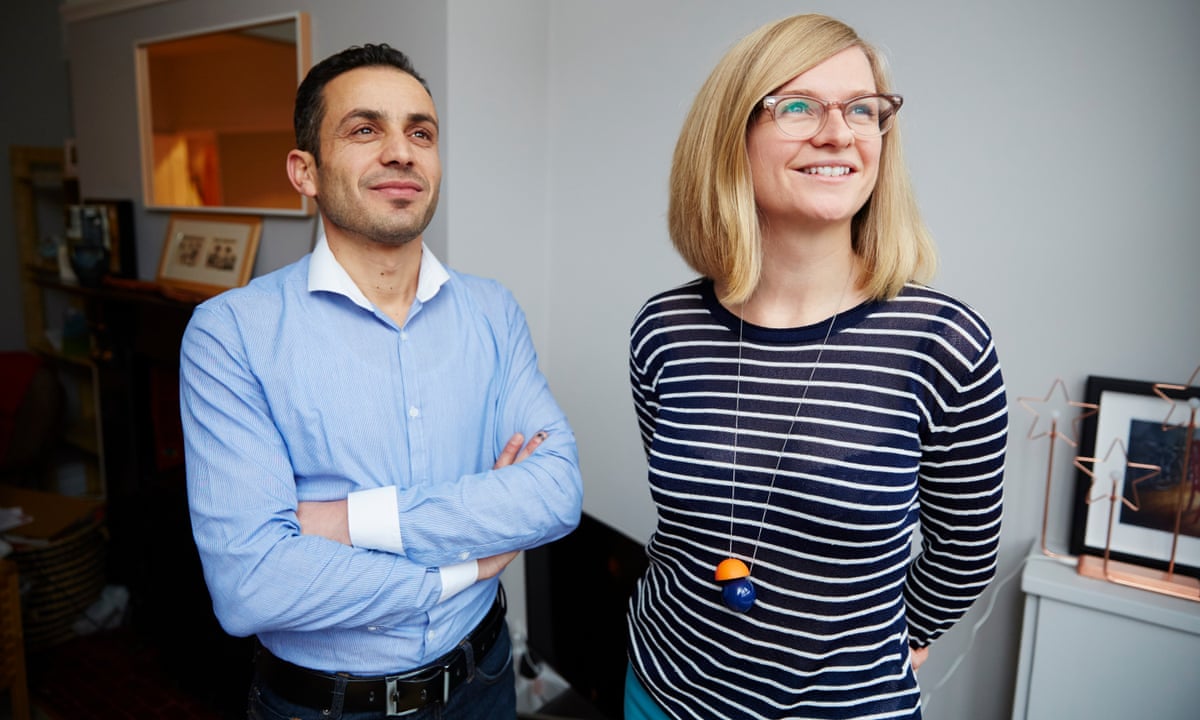 You are not going to like me saying this, my daddy said, but you need to get a lock on your bedroom door and a lock on your bathroom door. Men can get very frisky when they are away from their wives.

I rolled my eyes, hung up and panicked. Id rung my parents to tell them that Yasser, a Syrian refugee, was coming to live with me while he arranged for his wife and baby to join him in Britain. I was a little nervous about the arrangement, but of all the many things fretting me would he disapprove of my single gentile lifestyle? Could I carry on having bacon butties at the weekend? Should I edit my drinkings cupboard? the possibility of get molested by my lodger had yet to occur to me.

I first had lunch with Yasser one day in August, after a mutual friend in Turkey told me he had arrived in Manchester and had no mates. She didnt tell me he was Syrian, or how he had reached our rainy island. So I was gobsmacked when, in very broken English, he told me of his 37 -day odyssey across land and ocean. He had sailed across the Mediterranean in an inflatable barge in the dead of night, even though he cant swimming; walked from Greece to Macedonia, and intersected Europe until he reached the Jungle in Calais, where he jumped on trucks for six nights before building it to England hidden in the back of a lorry. After 17 hours packed between boxes of playthings, he banged on the door. The truck driver was furious: he would face a PS2, 000 fine were the border police to discover his human cargo. Yasser scarpered. He wasnt sure he was even in England until a automobile passed him driving on the left. He walked to the nearest petrol station and asked them to call the police. His new life had begun.

I wondered how I could help him. He was living on PS5 a day given to him by Serco, the outsourcing company contracted by the Home office to process asylum applications. While Yasser waited, he couldnt take paid run and was living in a Serco house off the Curry Mile with five other asylum seekers: Syrians, Eritreans, a guy from Sudan. I asked if he fancied coming round to help me strip wallpaper on the bank holiday weekend. He agreed, but then I had to go and cover the world gravy wrestling championships in Bacup( try explaining that one to someone whose first language isnt English ), so left him to it.

When I got back, he had almost finished. We had an awkward snack together, then I tried to give him some fund. Yasser looked appalled. No , no, he said. I dont want fund. I want friends.

Two days later, three-year-old Alan Kurdi washed up on a beach in Greece. The mood in Britain changed. Abruptly the sort of newspapers who usually run stories about immigrants eating swans started depicting compassion. David Cameron agreed to resettle 20,000 of the most vulnerable Syrian refugees and I offered my spare room to Yasser.

He was slow to accept, but before long, he was granted asylum and a five-year visa. We celebrated with a sickly cake he bought from a Pakistani baker on the Curry Mile( three days of his daily allowance ). He showed me the letter corroborating his refugee status: he had 28 days before he would be evicted from the Serco house, and less than a month to get a national insurance number, sign on at the jobcentre and find somewhere new to live. A tall order for a Brit, let alone a Syrian with ropey English and no fund for a deposit.

A few days before his eviction, Yasser texted, asking if he could stay until his wife and baby arrived. He had been to see a housing officer and was told that, as a single 34 -year-old man with no dependent children living in the UK, he was low priority. His housing benefit of around PS280 a month would cover a room in a shared house with a private landowner( no chance of that, without a deposit) or a place in a homeless hostel, where he was likely to share a room with alcoholics and drug addicts.

I picked him up from the Serco house a few days later. All he had was a scratty duvet and pillow in a carrier bag, and a small rucksack. When he unpacked, I saw how little he owned: one jumper, one shirt, a pair of jeans, two vests, two pairs of underpants; it was what he had been wearing when he hid in the truck, plus what he had been given since his arrival.