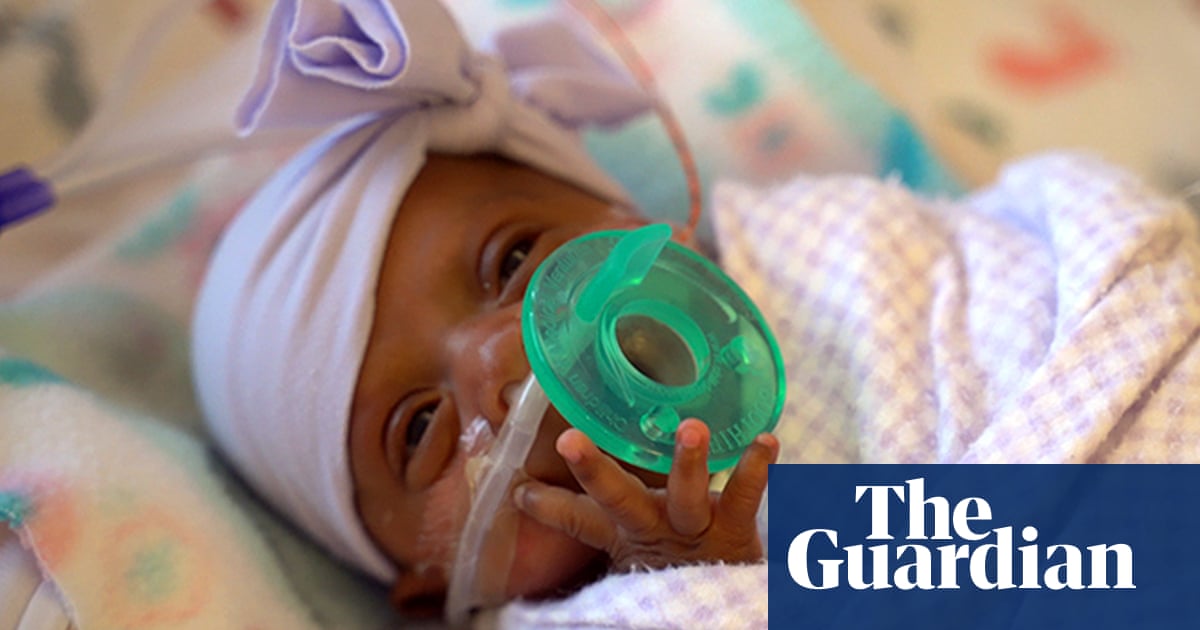 A San Diego hospital on Wednesday revealed the birth of a girl believed to be the world’s tiniest surviving baby, who weighed just 245 grams (about 8.6 ounces) before she was discharged as a healthy infant.

The baby, named Saybie, was born at 23 weeks and three days and was sent home this month weighing 5lbs (2kg) after nearly five months in the neonatal intensive care unit, Sharp Mary Birch Hospital for Women & Newborns said in a statement.

The baby’s family gave permission to share the story but wanted to stay anonymous, the hospital said.

Saybie’s ranking as the world’s smallest baby ever to survive is according to the Tiniest Baby registry maintained by the University of Iowa, the hospital said.

Dr Edward Bell, a professor of pediatrics at the University of Iowa, said Saybie had the lowest birth weight of those submitted to the registry.

“The registry contains only those infants submitted and medically confirmed,” he said in an email to the Associated Press. “We cannot rule out even smaller infants who have not been reported to the registry.”

The mother described the birth in a video produced by the hospital, calling it the scariest day of her life.

She said she had been taken to the hospital, where she was told she had preeclampsia and very high blood pressure and that the baby needed to be delivered quickly.

The mother said she had told medical professionals that she didn’t think her daughter would survive because she was only 23 weeks. Babies typically are born at 40 weeks.

Doctors told her husband that he had about an hour with his child before she died, she recounted. But the mother said the hour turned into two, which became a day and then a week.