WHO says a tax of 20% results in a drop in sales and consumption of sugary drinks, which are driving obesity crisis 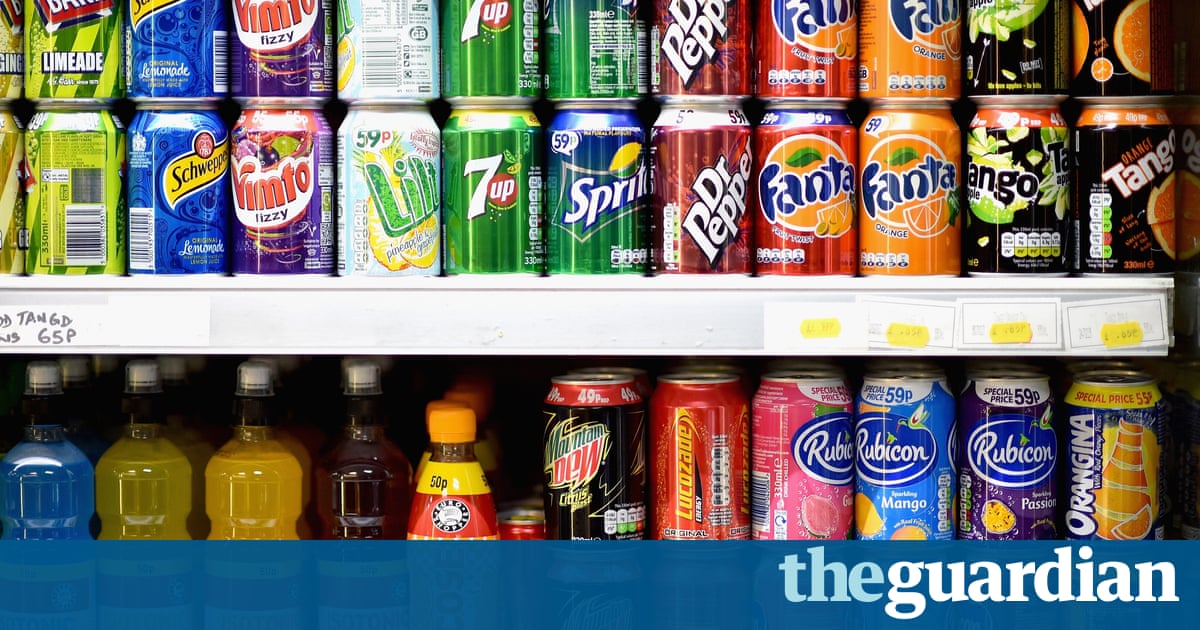 All countries are being urged to consider introducing a sugary drinks tax by the World Health Organisation as an effective way of curbing the soaring obesity rate, especially in children.

The WHOs advice comes as more and more countries are considering fiscal measures to dissuade people from buying the large quantities of colas, lemonades and other sugary soft drinks that have been identified as a major cause of the global overweight and obesity crisis.

It will strengthen the hand of campaigners in countries such as Colombia, where the drinks industry has succeeded in having an anti-sugar broadcast banned.

A report from the WHO says that a tax of 20% or more results in a drop in sales and consumption of sugary drinks. People consume fewer free sugars such as fructose and glucose, take in fewer calories and reduce their risk of tooth decay.

Consumption of free sugars, including products like sugary drinks, is a major factor in the global increase of people suffering from obesity and diabetes, said Dr Douglas Bettcher, director of the WHOs department for the prevention of non-communicable diseases.

If governments tax products like sugary drinks, they can reduce suffering and save lives. They can also cut healthcare costs and increase revenues to invest in health services.

The WHO has already published nutritional advice saying nobody actually needs sugar in their diet. Its guidance says we should restrict our intake of free sugars to a maximum of 10% of our energy needs, preferably 5%. The UK governments scientific advisory committee on nutrition and health echoed that advice, which led to the decision to introduce a sugary drinks tax in the UK, although not until 2018. Other countries, including the Philippines and South Africa, are now looking at introducing similar measures.

Mexicos 10% tax on sugary drinks appears to have successfully reduced sales and consumption. The government is being urged by campaigners to double the tax.

The WHO says a tax has most impact on the young, those on low incomes and others who consume a lot of sugary drinks and will have the greatest positive effect on the health of those groups.

Other fiscal measures that work include subsidising fresh fruit and vegetable prices by 10-30%, it says. Taxing food and other drinks that are high in saturated fats, trans fats, free sugars and salt appears promising, it adds, because there is evidence that higher prices reduce consumption.

Last month, the Asociacin Educar Consumidores the consumer organisation which, like its Mexican equivalent, has backing from Bloomberg Philanthropies in the US produced an educational video to be broadcast on television, warning that drinking too many sugary drinks can lead to diabetes and other diseases.

But after a complaint from Postobn, the Colombian beverage giant, the governments regulatory agency charged with consumer protection banned any showing of the video on TV, saying it was inaccurate and could confuse the public.

Senior health experts in the US have joined the fray, supporting a tax in Colombia. Barry Popkin, professor of nutrition at the University of North Carolina at Chapel Hill, Walter Willett, of the Harvard Chan School of Public Health, and others have written to the Colombian ministry of health about the dangers of sugar consumption and the effectiveness of taxation.

Michael Bloomberg, founder of Bloomberg Philanthropies and now the WHOs global ambassador for non-communicable diseases, said: Obesity is a major contributor to diabetes, heart disease and other preventable health problems that kill millions of people every year and the problem is getting worse, particularly among children and in developing countries. Smart policies can help turn the tides on this deadly epidemic, especially those aimed at reducing consumption of sugary drinks, which are fuelling obesity rates.

A growing number of cities and countries including Mexico are showing that taxes on sugary drinks are effective at driving down consumption. The World Health Organisation report released today can help these effective policies spread to more places around the world, and that will help save many lives.