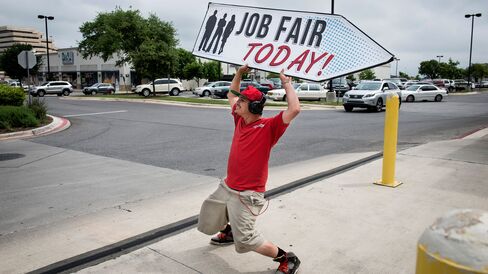 Just like in the 1930s, growth is being constrained by companies unwilling to spend, falling inflation expectations and governments backing away from fiscal stimulus.

The trigger for the current malaise was the financial crisis that left a hangover of debt and deleveraging amid tighter banking regulations that are exacerbating deflationary pressures. Its similar to the kind of shock that preceded the 1930s slump, according to an analysis by Morgan Stanley economists led by Hong Kong-based Chetan Ahya.

“We think that the current macroeconomic environment has a number of significant similarities with the 1930s, and the experiences then are particularly relevant for today,” they wrote. “The critical similarity between the 1930s and the 2008 cycle is that the financial shock and the relatively high levels of indebtedness changed the risk attitudes of the private sector and triggered them to repair their balance sheets.”

Like then, the end result could be a prolonged weak period and subdued inflation expectations, with a risk that those price expectations are un-anchored.  The danger is that central banks move too quickly to raise interest rates or governments cut back on spending, triggering an even deeper slowdown.

“In 1936-37, the premature and sharp pace of tightening of policies led to a double-dip in the U.S. economy, resulting in a relapse into recession and deflation in 1938,” the analysts wrote. “Similarly, in the current cycle, as growth recovered, policy-makers proceeded to tighten fiscal policy, which has contributed to a slowdown in growth in recent quarters.”

Still, not every country is moving to tighten policy given the pessimism for global growth. The World Bank earlier this month cut its outlook for global growth as business spending sags in advanced economies including the U.S., while commodity exporters in emerging markets struggle to adjust to low prices.

World gross domestic product will grow by 2.4 percent this year, a pace thats unchanged from 2015 and down from the 2.9 percent estimated in January.

That soggy outlook is fueling a debate about how policy responds. One example is the U.S., where a move by the Federal Reserve in December to lift interest rates for the first time in nine years provoked criticism that the hike came too soon, given the subdued inflation outlook. Former U.S. Treasury Secretary Lawrence Summers has argued that the Fed should not raise rates until it sees the whites of the eyes of inflation.

At the same time, finance chiefs from the worlds top economies promised in February that their governments would do more to boost demand. Since then, though, it has been central banks who have continued to stoke growth with easing by monetary authorities from Australia to Europe.

To avoid a new downward spiral, governments will need to step up, according to the Morgan Stanley analysts.

“Activating fiscal policy, particularly at a time when the monetary policy stance is still accommodative, could lead to a virtuous cycle where the corporate sector takes up private investment, and sustains job creation and income growth,” they wrote.