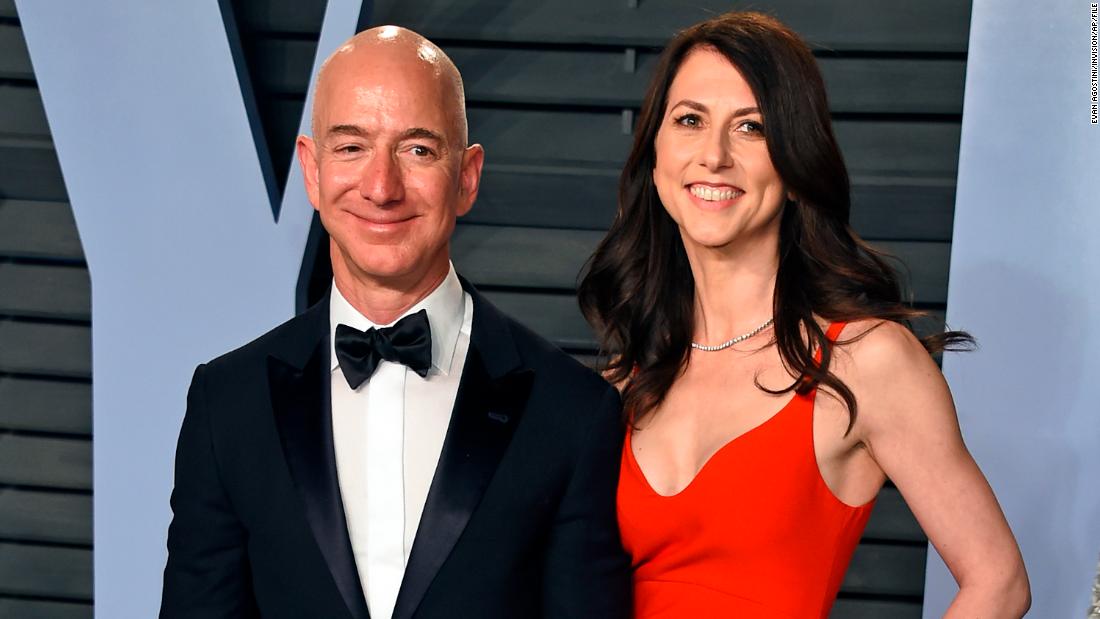 Amazon founder and CEO Jeff Bezos and his wife MacKenzie recently announced their 25-year marriage is ending in divorce.

That last part is one part of the Bezos marriage that has long been overlooked. In the wake of the divorce announcement, headlines focused on how MacKenzie, a lauded novelist, could benefit from her billionaire husband’s vast wealth.
“What will happen to Jeff Bezos’s $137 billion net worth?” “How much could MacKenzie Bezos get?” And most egregiously: “MacKenzie’s revenge: Can the soon-to-be former wife of Jeff Bezos wreak havoc on Amazon?”

Before Jeff, before Amazon, MacKenzie’s life was already full. After graduating from Princeton — where she studied under legendary author Toni Morrison — she worked as an administrative assistant at a hedge fund on Wall Street. That’s where she met Jeff.
When looking back on Amazon’s early days, MacKenzie’s role is often overlooked.
She was involved from the very beginning. As the couple moved from New York to Seattle, MacKenzie drove the car while her husband sat in the passenger’s seat typing out a business plan for his future company. In 1999 — two years after Amazon went public — MacKenzie became pregnant with the couple’s first child. She’d go on to raise four children.
In 2005, she published her first book, “The Testing of Luther Albright.” She said her first novel took so long to write in part because she was too busy juggling occasional homeschooling and different activities for the kids. “We tried all sorts of things,” she told Vogue in a rare interview in 2013, “including off-season travel, kitchen-science experiments, chicken incubation, Mandarin lessons, the Singapore math program, and lots of clubs and sports with other neighborhood kids.”
She released her second novel, “Traps,” in 2013, the same year Jeff announced he was buying the Washington Post. She finally found the space to write, she told Vogue, when she started renting a small apartment near the Bezos home in Washington.
Amazon did not respond to a request for comment on this story.

Women are often more likely to relocate for their male partner’s jobs than the other way around, says Jill Yavorsky, assistant professor of sociology and organizational behavior at the University of North Carolina at Charlotte.
“Men come out of divorce without having made all these different decisions that have subordinated their career,” Yavorsky says.
Additionally, women historically take on the majority of household duties. This kind of work is called “sweat equity,” says Bari Z. Weinberger, owner and managing partner of Weinberger Divorce & Family Law Group. The work one partner does to get a venture off the ground may not be flashy or extremely visible after the early days, but it’s crucial to a business’s overall success.
But in a high-profile divorce like this one, how much do these contributions matter?
The presumed importance of men’s work has historically eclipsed that of women. At home, working mothers often log a “second shift,” taking on the lion’s share of household work. Men, as a result, have significantly more time for both work and leisure.
In an equitable distribution state, like New Jerseyor New York, those kinds of non-financial contributions can be important in divorce proceedings, Weinberger says.
“Certainly in an equitable distribution state, the courts don’t discount the personal sacrifices of a non-working spouse,” she says. “What people do at the office is certainly critical, but what people do at home to take care of their children is extraordinarily crucial in life, and it’s not second to anything in the workforce. It doesn’t take a backseat. The courts recognize that as a critical element to equitable distribution.”
The Bezoses, however, reside in Washington, a community property state. There, all assets and debt accrued during the marriage are split 50/50 after a divorce. However, if the couple signed a prenuptial agreement, that could potentially change the terms entirely.

Among high-income couples, Yavorsky says, women are under even more pressure to sacrifice their own career ambitions in favor of their husband’s, which often contributes more to the greater household wealth overall.
“Women are expected to not work or ramp down their career ambitions and really put a lot of effort into maintaining men’s careers, in a greater way than women do in middle-class families,” she says. “I think in part, men have a lot more potential to earn but I think it’s also about traditional gender expectations, because high-income women do not have the same kind of spousal support that high-income men have.”
Part of this, Yavorsky says, is because the man may earn more money. But it may also come from a high earner’s bigger need for emotional and spousal support in the home. Without it, they simply wouldn’t be able to work as hard as they need to in order to earn so much.
“Men’s success often could not come about without the wife’s support she provides in taking on the majority of the childcare and domestic work,” Yavorsky says.