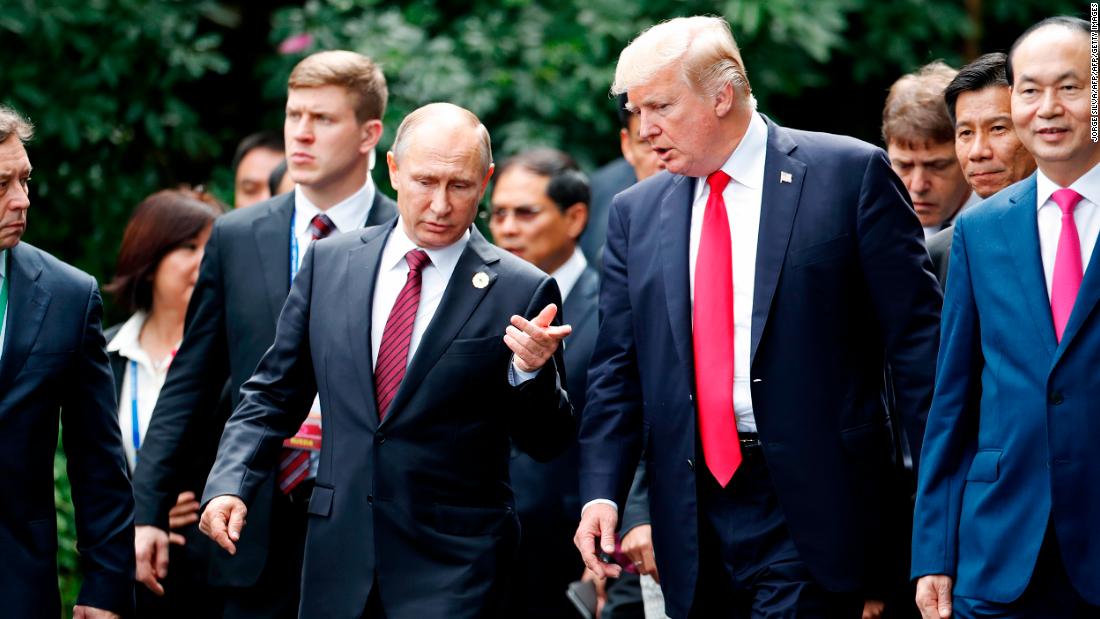 Helsinki, Finland (CNN)Vladimir Putin has stood the test of time through four American presidents, but from Donald Trump he is looking for one thing in particular: to be elevated on the world stage, away from global isolation.

The mere fact that the two leaders are convening here Monday in the Presidential Palace, against sweeping views of the Baltic Sea, gives Putin an early victory. Estranged by much of the world, a one-on-one meeting with Trump serves as something of a grand return for Putin.
It’s the latest chapter in a long-running series of American and Russian summits, which for nearly two decades has included Putin.
From Bill Clinton to George W. Bush to Barack Obama, Putin has played a recurring role in a diplomatic relationship that began friendly and ultimately soured. Now, it’s Trump’s turn.
“I think I’d have a very good relationship with President Putin if we spend time together,” Trump said Friday in the United Kingdom as he made his way to the summit. “Other people have said it didn’t work out, but I’m different than other people.”
He is about to find out if that is true. 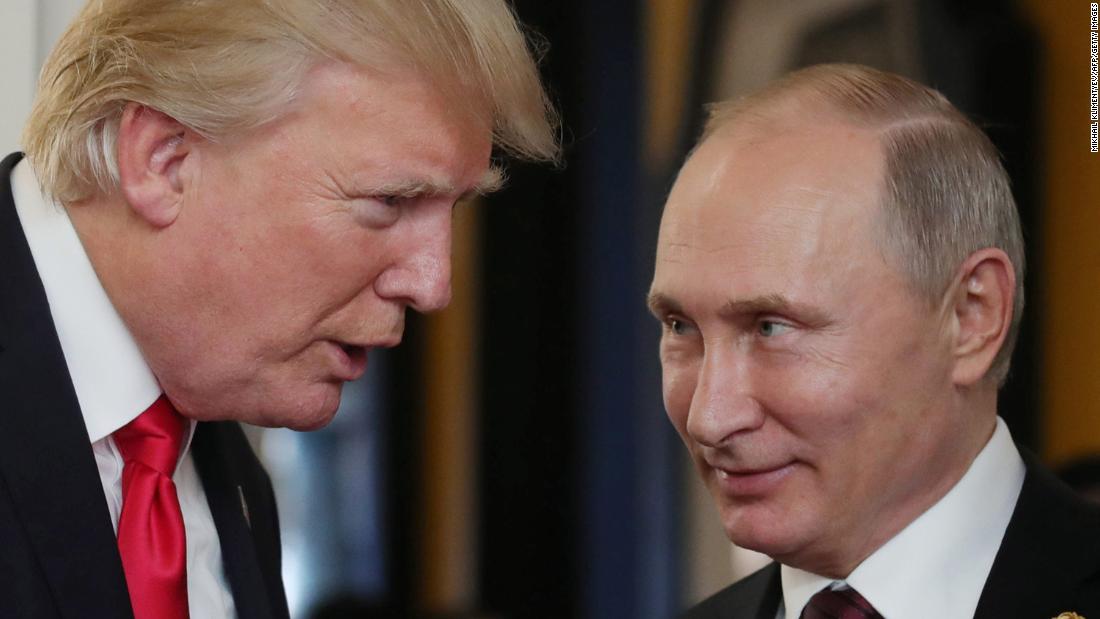 But on the eve of their summit, Trump’s relationship with the Russian president is facing even more scrutiny in the wake of the latest round of charges of Russian interference in the US election. Putin has never been at the red-hot center of American politics as he is today.
The White House rejected calls to cancel the summit after 12 Russian military intelligence officers were charged Friday with hacking into Democrats’ computer networks and emails during the 2016 presidential race.
The indictments, announced as the President was visiting Queen Elizabeth at Windsor Castle, prompted a joke, not a condemnation, from Trump, even though he was briefed in advance that the charges were coming.
“I know you’ll ask, will we be talking about meddling? And I will absolutely bring that up,” Trump said. “I don’t think you’ll have any, ‘Gee, I did it. I did it. You got me.’ There won’t be a Perry Mason here, I don’t think.”
Since taking office, the US President has barely acknowledged Russian election meddling, let alone forcefully confronted Putin for masterminding it, as the US intelligence community believes.
And there are no signs that will change in Helsinki.
As he flew here on Sunday from a weekend at his golf resort in Scotland, he once again cast the election meddling in a sarcastic light in a message on Twitter.
“Unfortunately, no matter how well I do at the Summit, if I was given the great city of Moscow as retribution for all of the sins and evils committed by Russia over the years, I would return to criticism that it wasn’t good enough — that I should have gotten Saint Petersburg in addition!” he wrote.
Yet Trump has repeatedly diminished any dark motives on the part of Putin, who has become a recurring theme at his campaign rallies in the weeks leading up to the summit.
“But they’re going, ‘Will President Trump be prepared? You know, President Putin is KGB,’ ” Trump said last week in Montana. “You know what? Putin’s fine. He’s fine.” 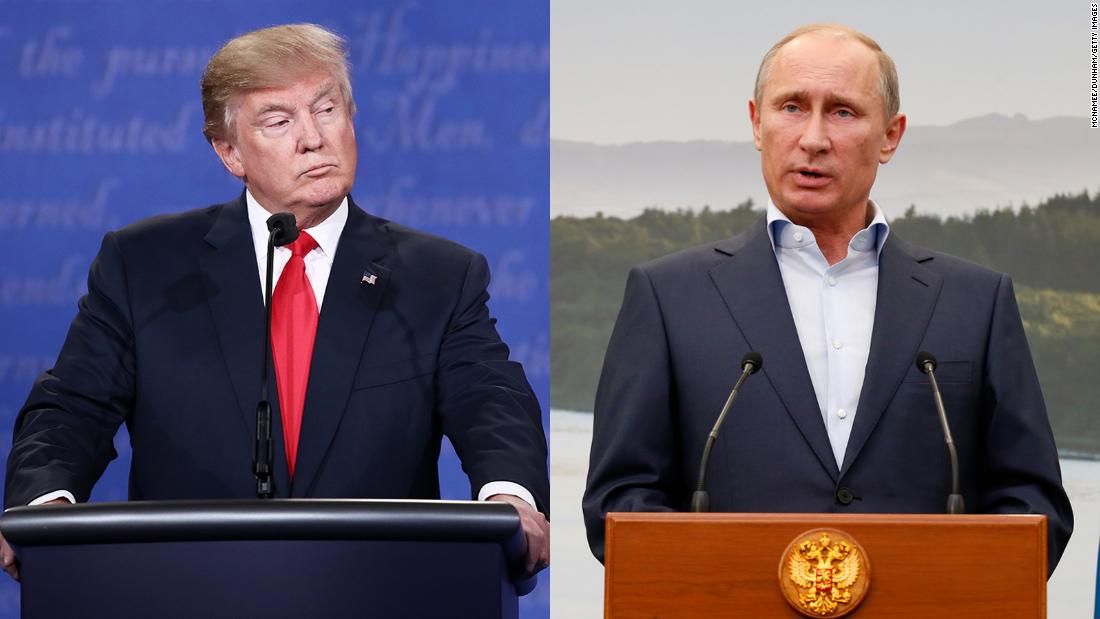 The Russian President has been isolated and punished by much of the world for a litany of aggressions and atrocities, including the invasion of Ukraine, the annexation of Crimea, the downing of a Polish plane, the deadly nerve agent attack in the United Kingdom and support for the Assad regime in Syria.
Yet Trump has repeatedly argued that improving relations with Russia is critical. While the circumstances now are entirely different than during recent administrations, given the charges of election interference, Trump is following a pattern of new American presidents trying to reset a troubled relationship with Russia.
“Bill Clinton, George W. Bush and Barack Obama all thought that they could make friends with Vladimir Putin that could somehow reestablish the relationship,” Susan Glasser, a CNN global affairs analyst, said in an interview here Sunday.
“All of them came away believing that personalizing dealings with the United States and Russia was a mistake and that Vladimir Putin was absolutely unsentimental, cold-hearted and not somebody who could be swayed by the great charisma and magnetism of the American presidency,” said Glasser, co-author of “Kremlin Rising: Vladimir Putin’s Russia and the End of the Revolution.”
Trump, however, insists he will be different.
Helsinki is Trump’s first solo summit with Putin, but it marks their third meeting. After an initial introduction last summer at the G20 summit in Hamburg, they met again briefly last fall at an economic forum in Hanoi, Vietnam, where Trump showed little appetite for challenging Putin on election hacking.
“I believe that President Putin really feels, and he feels strongly, that he did not meddle in our election,” Trump said at the time. “What he believes is what he believes.”
But since then, the Justice Department has offered significant evidence to the contrary. The latest indictments on Friday, which outlined in great detail the Kremlin’s role in the election hacking, have made an already-controversial summit dramatically more so.
As Air Force One touched down in the Finland capital, where the summer sun was still shining brightly at about 9 p.m., Trump’s open arms to Putin has cast the eyes of the world on this summit.