He has made it all the way from Bel Air to Hollywood now the refreshed prince is ready to take on Trump and answer the call of the White House. Only Kanye West and Lindsay Lohan to get past first … 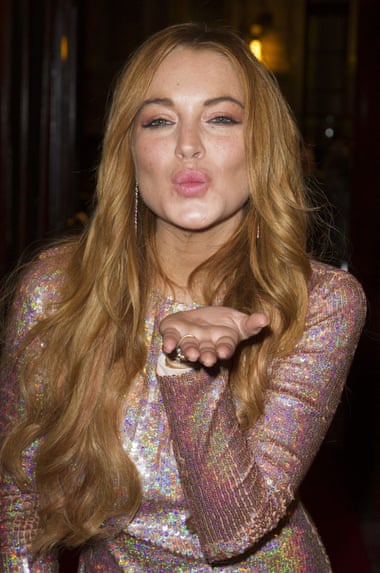 I dont know about you, but Lost in Showbiz cant look at Will Smith without thinking: hmm. Theres plenty we dont know about there. Its estimated by science that only 2.3% of the Smith iceberg is visible to the viewing public, and, although Ive never taken a sub-aquatic vessel down to have a look, I live in hope that technology will eventually make this possible. I imagine its deeply breathtaking.

For now, we must content ourselves with the controlled glimpses offered us by Will himself, who is currently using the interview circuit to confirm an interest in adding a second act to his American life. To wit: politics.

A few weeks ago, he was explaining his new calling in faintly portentous fashion. At this point, Will intoned, Im elevating my ability to be useful in the world.

As I look at the current political landscape, he mused, I think there might be a future out there for me. They might need me out there. This is the first year that Ive been incensed to a level that I cant sleep, you know? So, Im feeling that, at some point in the near future, I will have to lend my voice to the conversation in a somewhat different way.

Not too different, I hope. Im imagining a winsome explainer of a campaign song, with Will rapping the lyrics: Now, this is a story all about how / My life got flipped-turned upside down / And Id like to take a minute / Just sit right there / Ill tell you how I became leader of the free world, oh yeah.

But Im running ahead of myself, because it was more than a fortnight before Will upped the ante with a CBS interview in which the White House got its first mention, and in which he identified Donald Trump as the antagonist in his tale. If people keep saying all the crazy kinds of stuff theyve been saying on the news lately about walls and Muslims, he warned, theyre going to force me into the political arena.

I like that force … it reminds us that, even in real life, Will plays well as an ordinary guy who finds himself in an extraordinary situation and has to rise to its challenges. And you know what? Along the way, hell learn that theres strength in him he never knew existed. He may not have asked for this shit to happen to him, but hes going to end up surviving it.

Right now, however, our hero is plagued by the inevitable self-doubt, which he is minded to externalise for the benefit of interviewers. Theres a thing that Im supposed to be doing, he stated this week, theres a person I want to be that I always saw a reflection in my grandmothers eyes of what it is, but I cant reach that thing. Theres so much more that I feel I have to offer that I cant access in myself.

A rather anxious digression that suddenly made Lost in Showbiz recall a 2008 outburst by Jason Beghe, the Scientology whistleblower who has since become a linchpin of the acclaimed documentary Going Clear. Let Will Smith know that his shit was fucking recorded, Beghe opined of the actors many reported visits to the churchs Celebrity Centre. And tell him to look them in the eye and see if he believes them when they deny it.

In the meantime, we must perform an audit of our own, for these are exciting times for Americas political-entertainment complex. After all, Will is just one of a series of stars who have revealed their presidential ambitions in recent months. First up was Kanye West, who announced his 2020 candidacy at the MTV awards. He was followed by Lindsay Lohan, who cited Kanye as an inspiration even as she effectively declared herself a rival for the Democratic nomination. (Such a Lindsay move.) And bubbling away eternally is George Clooney, who protests far too much in this department and can never really be ruled out of contention.

Celebrities, good luck to you all. Well play out with Wills inspirational quote on the storied journeys that lie ahead of you: I realised that the dream was too small, you know. I realised that there was no way that I was put here just to be a movie star.