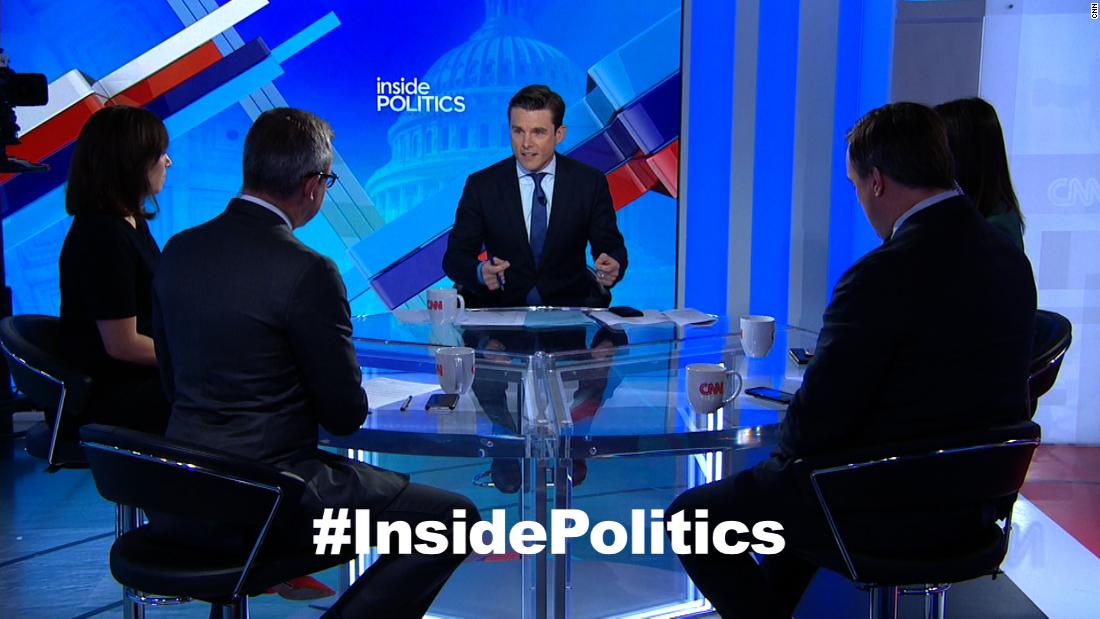 Washington (CNN)Here are the stories our D.C. insiders are talking about in this week’s “Inside Politics” forecast, where you get a glimpse of tomorrow’s headlines today.

President Trump isn’t so happy with Canada.
He’s threatening to leave the Canadians out of a new trade deal between the US and Mexico, unless they agree to his terms.
And in a weekend tweet, he also warned Congress not to “interfere” with the negotiations. CNN’s Phil Mattingly said Congress probably won’t listen.
“Bullying trade negotiators is quite a different thing than bullying someone like, say, Sen. Pat Toomey,” Mattingly said. And legally speaking, the President may need congressional approval for any new trade deal.
“Can he count on Republicans to do what they’ve done best the last 19 months, just grumble and accept whatever he decides to do?” Mattingly asked. “No. As one senator told me, ‘this is a red line issue. It’s too damn important to too many of our states.'”

Arizona Gov. Doug Ducey has a decision to make: Who should fill John McCain’s Senate seat?
Ducey, a Republican, has the power to name an interim senator who wouldn’t face election until 2020. The big question: will he pick a Trump loyalist, or an independent voice like McCain himself?
CNN’s Jeff Zeleny said the answer could come this week.
“It’s complicated by his own politics,” Zeleny said of Ducey, who’s up for re-election in November. “The reality here is that the politics of Arizona have changed so much. Once upon a time, this would have been appointing someone in the McCain-like tradition. Now that is likely not acceptable to so many Republicans on the ground there. One Arizona Republican I talked to said if Ducey picks anyone who is not 100% loyal to this President, it’s a problem for the governor.”

Massachusetts holds its primary election on Tuesday, and the marquee race may be in the 7th Conressional District, where veteran Democratic Rep. Mike Capuano is facing a challenge from his left.
“This is a seat that the Kennedys had, Tip O’Neil once had this seat as well,” said Jonathan Martin of The New York Times. The challenge comes from Boston City Council member Ayanna Pressley, a young African-American woman in a district with a large minority population.
“I was talking to one Boston Democrat yesterday who said Capuano should be okay,” Martin said. “The Joe Crowley loss, I think, got a lot of incumbents religion when it comes to making sure back home was taken care of. But this race is expected to be a real race.”

President Trump announced this week he’s canceling a planned pay hike for federal workers — saying the nation just can’t afford it.
Government workers — and the members of Congress who represent them — aren’t pleased.
“There are federal workers all across the country, but they’re concentrated particularly heavily in Virginia, which just happens to have a couple of really competitive House races,” said Julie Pace of the Associated Press.
“So you saw some of these Republican lawmakers coming out and pushing back on the President’s move,” Pace said. “Ultimately, Congress can still give these federal workers a raise. But Democrats I talked to said the mere fact that Trump was willing to block this raise is going to cause all kinds of problems” for vulnerable incumbents like Barbara Comstock, whose Northern Virginia district is filled with government workers.

The government’s fiscal year ends September 30 — and there’s fear in Washington that President Trump might trigger a shutdown if Congress doesn’t give him a border wall.
“There’s actually been a little bit of bipartisanship on these spending bills,” said The Washington Post’s Seung Min Kim. “But the X factor is President Trump. We have the President saying he wants money for the border wall. Mitch McConnell and Paul Ryan believe they have figured out a plan to punt that funding fight until after the elections. But will President Trump go along? That’s yet to be seen.”