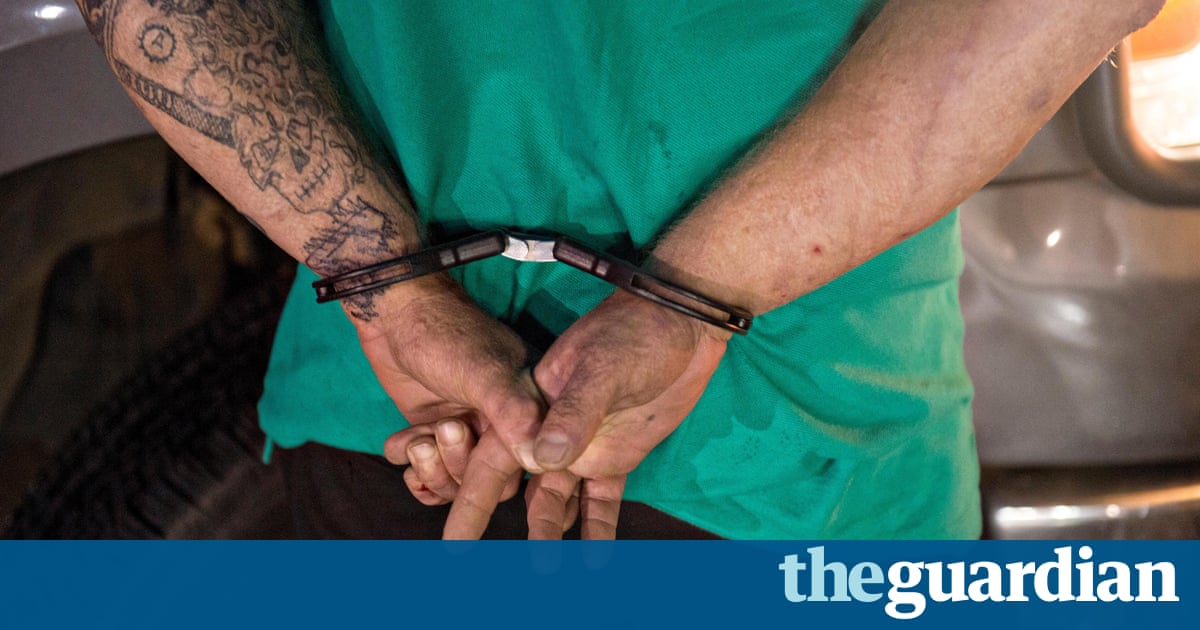 Across the political spectrum, politicians, law enforcement officials and even many activists are surprisingly united in the belief that addiction is a disease. We need to reduce associated stigma, they intone; we cant arrest our way out of the drug problem. Massachusetts is even running a media campaign called State without Stigma to try to get people to see addiction as illness, not evil.

However, in a country in which the most common reason for being arrested is drug offenses (overwhelmingly, marijuana possession) and which spends tens of billions of dollars on policing and incarcerating drug offenders, these well-intended efforts dont stand a chance.

We can either criminalize drug possession or fight stigma: we cant do both at once any more than one runner can sprint in opposite directions at the same time. The whole point of criminalizing drug use is to stigmatize drug users.

Consider why particular acts are seen as crimes in the first place. Behaviors are made illegal because they are seen as harmful or antisocial; the main idea is to deter people from engaging in them by using the law to draw a line. The law says: these actions are socially unacceptable, and anyone who violates them deserves shame, punishment, rejection and moral condemnation.

To argue that addiction is a disease while criminalizing possession of the drug involved in the addiction is, then, to make an impossible case. You are saying I think your addiction is shameful and users of the drugs you take should be caged, while also claiming You have an illness that should be treated like any other disease. Neither cancer patients, nor people with diabetes nor those with depression are put into this double bind: no actual disease is seen this way.

Add to this the fact that the treatment given to people with addiction unlike treatment for any other disorder, mental or physical is also heavily moralistic, typically involving prayer, confession and restitution and frequently including deliberate humiliation of a type that is, again, not seen anywhere else in medicine. For example, was there ever a mainstream cardiac rehabilitation program that involved dressing patients who broke rules in drag or diapers? Until at least the late 1990s, such treatment was common in addiction programs and deliberately derisive counseling remains so. This, obviously, perpetuates stigma.

Consider, too, the issue of drug courts in which the defendants medical treatment for addiction is determined by prosecutors and a judge, not by doctors. Punishment for relapse is seen as an acceptable part of the process, something that doesnt happen in diabetes care or high blood pressure treatment. Worse, more than half of these courts restrict or entirely reject use of maintenance treatment with methadone or buprenorphine for opioid addictions even though maintenance is both the standard of care and the only treatment that is known to save lives by reducing mortality 50% or more compared to other programs. (Although the Obama administration is trying to change this by refusing to fund courts that dont offer maintenance, many courts rely on state rather than federal funding.)

Importantly, in courts that deal with mentally ill defendants, there is no similar meddling. Because it is not a crime to be mentally ill, judges recognize that the expertise needed to cope with the issue is medical, not moral, and they defer to psychiatrists about what treatment and medications are best. With addiction, since drug possession is a crime, judges feel as though their expertise is whats needed to stop it.

Of course, its not wrong to want to try to end stigma: all of the politicians and advocates are right that stigma and associated shame are a huge part of why people dont seek addiction help and of why the help on offer is not particularly effective or even available. If we want better drug policy, fighting addiction stigma is a crucial goal.

The methods advocates have suggested, however, are far too weak. Yes, as Massachusetts State without Stigma suggests, we can make some progress by doing things like eliminating demeaning language. People with addiction shouldnt be called addicts in the same way that people with schizophrenia shouldnt be called schizophrenics; person-first language recognizes our common humanity.

Further, being drug free shouldnt be called clean, with the implication that active addiction is dirty. And terms like substance abuser have been shown to make even medical professionals more likely to see punitive approaches as acceptable: better language is substance use disorder or addiction. Language matters.

But actions matter more. If we really want to treat addiction like the medical problem it so clearly is, we cant use the criminal justice system to arrest people for showing symptoms of it. If you want to fight stigma, youve got to first fight criminalization and reform the coercive and demeaning addiction treatment system that has been warped by it.