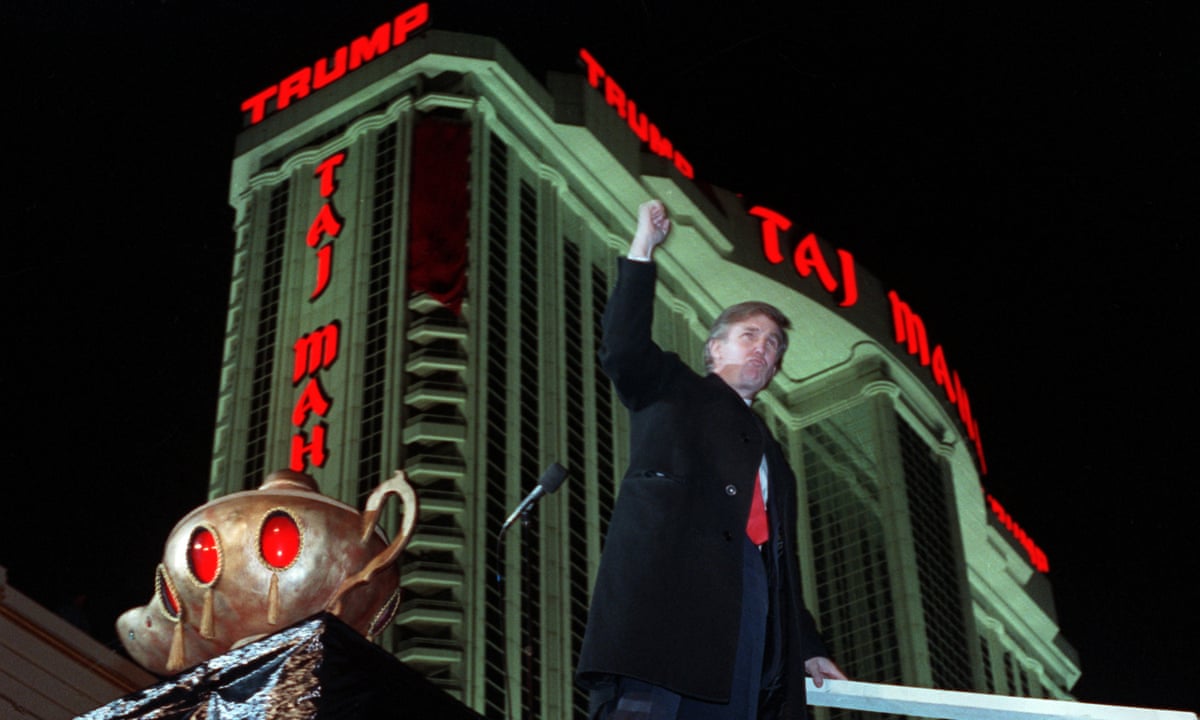 While past presidential candidates have done all they can to appear relatable and responsible when it comes to their personal finances, it has become clear that those rules dont seem to apply to Donald Trump.

Trumps wealth and perceived independence from donors and their concerns allows him to almost circle back around. His cartoonish displays, most recently chronicled in a New York Times profile of his longtime Palm Beach butler, are so outlandish as to appear relatable once more. After all, if you woke up one morning and found yourself facing a Brewsters Millions scenario (most Americans best shot at social mobility), you might conduct yourself in a similar fashion.

With Trump we get both stereotypes of the uber-wealthy in one: the savvy miser and the clueless, good-time goober. This is a man who already managed to buy the so-called Winter White House for a relative pittance and turned it into a private club. Hes the hedonist who doesnt drink.

Butler Arthur Senecal has worked at Mar-a-Lago for Trump for 30 years. While he makes sure the gold-pot dictators Shangri-La runs smoothly, Senecal is more than just domestic help. Hes something between a wet nurse and a cheering squad, a real-life Mr Smithers. In one of many juicy tidbits from the Times profile, it is revealed that Senecal once arranged for a bugler to play Hail to the Chief upon his bosss arrival. He also routinely fluffs Trumps golf drives and calls the airport tower to complain about the noise of passing planes.

This level of delusion and pageantry is much more extreme than any of the 1%-ish missteps that have shaken or derailed recent so-called establishment candidates of both parties. In 2012, Mitt Romney was ridiculed for his appreciation of Papa John Schnatters Kentucky estate (including personal golf course), not to mention the infamous, secretly recorded 47% address. Go back a bit further and theres John Kerrys disastrous windsurfing habit, John McCains eight houses and George HW Bushs inability to price-check a gallon of milk.

But those assets and vulnerabilities belonged to less seismic campaigns and less bombastic candidates. And perhaps if previous candidates had embraced their wealth and privilege to the same extent as Trump, they might have been lauded in much the same way.

Most Americans dont want a loser in the Oval Office. We appreciate success and understand the resources it takes to even consider launching a campaign on a national scale.

Voters know that no matter how fervent their support, they wont be welcome at Mar-a-Lago any time soon. But most appreciate Trumps desire to shape his world to his exact specifications. And the end result the gaudy echo chamber maintained by Senecal is not much different from the blinkered thinking of establishment politicians who send their kids to private schools while stripping education budgets, and worship wealth but refuse to speak its name or acknowledge its influence.

Given those choices, voters might figure theyre better off with an ostentatious type. Perhaps for all the pomp and gold leaf, Trump and Mar-a-Lago remain more relatable than the traditional outposts of Wasp wealth. Because while not everybody can point out Nantucket or Walkers Point on the map, everybody knows Richie Rich.