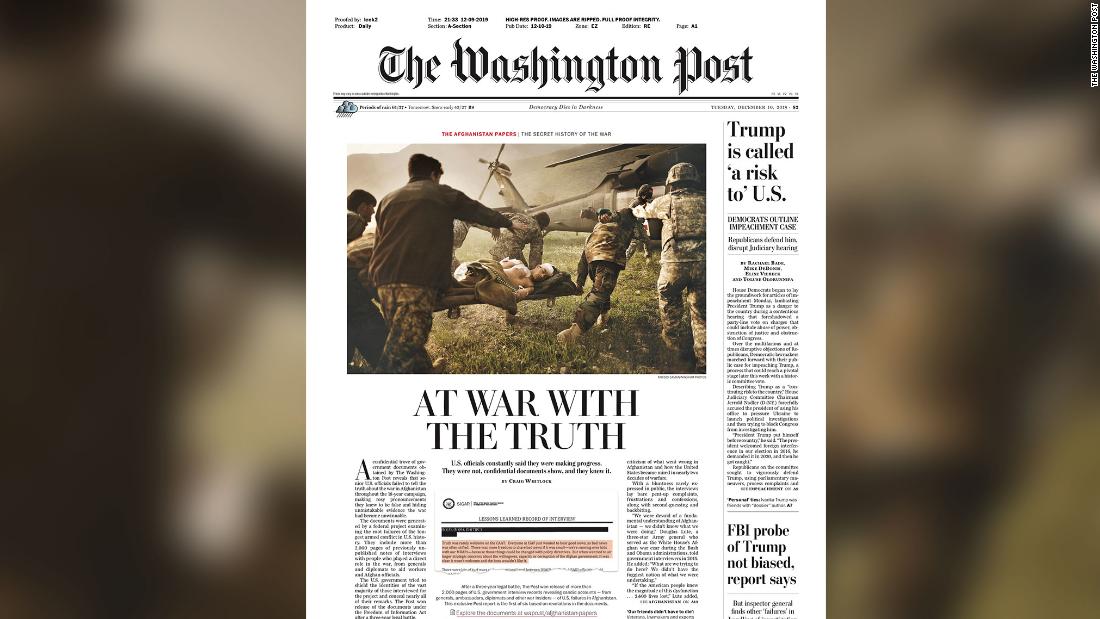 New York (CNN Business)The Washington Post’s publication of US government papers about the 18-year-long Afghan war is being compared to the Vietnam-era Pentagon Papers. And the man responsible for leaking the Pentagon Papers, Daniel Ellsberg, agrees with the analogy. 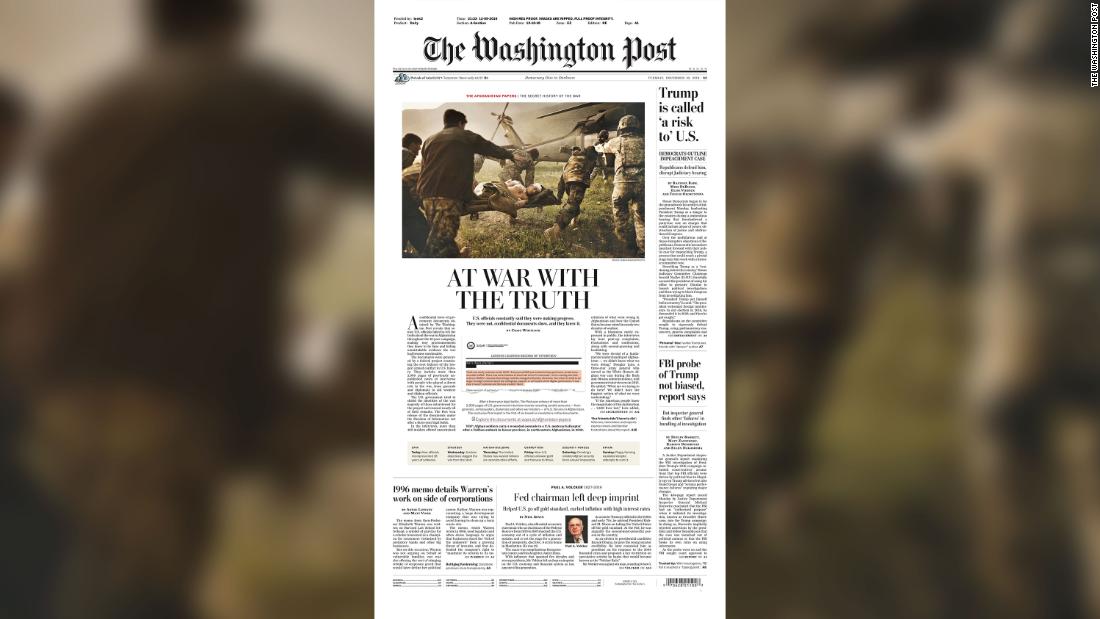 Ellsberg had worked on the secret RAND study of the Vietnam War and came to the conclusion that the public needed to see it. He leaked the papers, first to the New York Times and then to the Washington Post, in 1971.
He plans to read all of the raw material that the Post has published online.
“A couple thousand pages? I’ll read them all, even though it means reliving the terrible experience of Vietnam,” he said.
Ellsberg, an anti-war activist, has been outspoken about his opposition to the war in Afghanistan. He said the Washington Post’s report affirms his warnings that the war was similar to Vietnam.
“Eighteen years ago, I was saying, when we got into Afghanistan, that Afghanistan is Vietnam,” Ellsberg said. “In fact, I said that when the Russians went in more than twenty years earlier — that it was going to be their Vietnam.”

How the stories were written

There are even some similarities between the lead paragraphs of the stories about Vietnam and Afghanistan.
On June 13, 1971, the Times began its first story about the Pentagon Papers like this:
“A massive study of how the United States went to war in Indochina, conducted by the Pentagon three years ago, demonstrates that four administrations progressively developed a sense of commitment to a non-Communist Vietnam, a readiness to fight the North to protect the South, and an ultimate frustration with this effort — to a much greater extent than their public statements acknowledged at the time.”
And this is the lead of the Post’s main story about the Afghanistan Papers Monday:
“A confidential trove of government documents obtained by The Washington Post reveals that senior US officials failed to tell the truth about the war in Afghanistan throughout the 18-year campaign, making rosy pronouncements they knew to be false and hiding unmistakable evidence the war had become unwinnable.”

Monday morning’s release of the Afghanistan Papers was more than three years in the making. Through Freedom of Information Act requests and lawsuits in federal court, the paper obtained notes, transcripts and audio recordings of government officials being interviewed by the Office of the Special Inspector General for Afghanistan Reconstruction, or SIGAR.
The inspector general’s reports were written in “dense bureaucratic prose” and leave out the interviews’ most biting criticisms, reporter Craig Whitlock explained in his story. So obtaining the interview records and some other materials, including confidential memos from Defense Department leadership, was a real public service.
“The American people have constantly been lied to” about the Afghan war, SIGAR chief John Sopko told Whitlock in an interview.

The Post is working to obtain additional documents.
“The war in Afghanistan has gone on for 18 years at an enormous cost in lives, injuries and money, and the public is entitled to know whether officials were straight with them about the war effort,” Post editor Marty Baron said in an email. “Through three years of persistence by Craig Whitlock and our lawyers, the public now knows that truth was a casualty of the war from the very beginning.”
Baron noted dozens of newsroom staffers worked on the project.
“We’re immensely proud of what they accomplished in presenting the truth to the public,” he added. “We will continue our legal fight to obtain information that is still being withheld by the government.”
Ellsberg said he is glad that so many officials involved in the Afghan war spoke frankly to SIGAR, but asserted they should have been just as forthright in public.
“Ask yourself, would it have made a difference if we had those statements ten years ago? Five years ago?”
Ellsberg expressed his regret about not speaking out sooner during Vietnam. And he said he hopes the Post investigation will “factor into people saying, we really don’t have a right to be killing more Afghans from the air, from the ground.”
“Let Trump get out of Afghanistan, which he seems to want to do,” Ellsberg said. “Let him take the responsibility for that. Better yet, let Congress take the responsibility.”