World leaders convened at the UN this week in support of the historic deal, but epic challenges lie ahead if the promises of Paris are going to be put into action 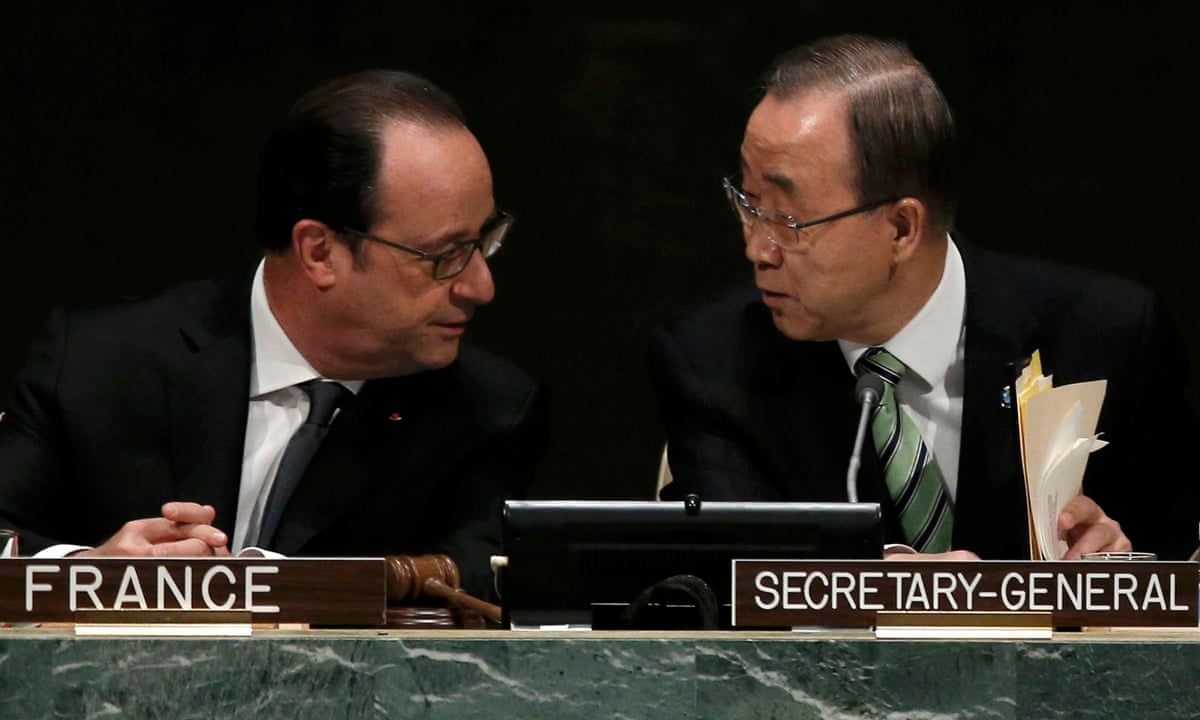 World leaders have failed to come to grips with the epic challenge of phasing out fossil fuels and running the entire global economy almost entirely on clean energy by the middle of this century, experts said this week.

While more than 170 countries converged at the United Nations on Friday to demonstrate their support for the landmark deal to fight climate change reached at Paris last December, economists and scientists warned the accords goal of keeping temperatures below 1.5-2C may already be slipping beyond reach.

So far, the commitments covered by the Paris agreement would allow warming of about 2.7C, according to the UNs own estimates which would unleash rising seas, extreme heat and other upheavals.

While we should be celebrating the signing ceremony on Friday we need to be aware of the gap, where the current contributions add up to and where we need to go, said Shane Tomlinson, a senior research fellow in energy and climate change at Chatham House.

Countries have to operate on two distinct time lines as they put the promises of Paris into action. First is the next five years, when they will need to radically increase emissions cuts to avoid locking out a 2C future.Second is the long term, when they must put plans in place for a late 21st-century economy powered almost entirely by clean energy, the experts said.

The US despite Barack Obamas strong advocacy for climate action and a flurry of climate initiatives over the past two and a half years has yet to engage in the long-term thinking needed for a historic economic transition, according to Jeffrey Sachs, director of Columbia Universitys Earth Institute and a special advisor to Ban Ki-moon.

Why is it that with an administration that is gung-ho on climate we are in the eighth year and there is no plan at all? No sketch, no white paper, no scenario to 2050? Sachs told a gathering this week.

Most countries plans do not look beyond 2030 despite agreement in Paris to begin phasing out greenhouse gas emissions completely by the middle of the century.