The rapper says he will name his next album after the games console launched in Japan in 1987. This is a good idea 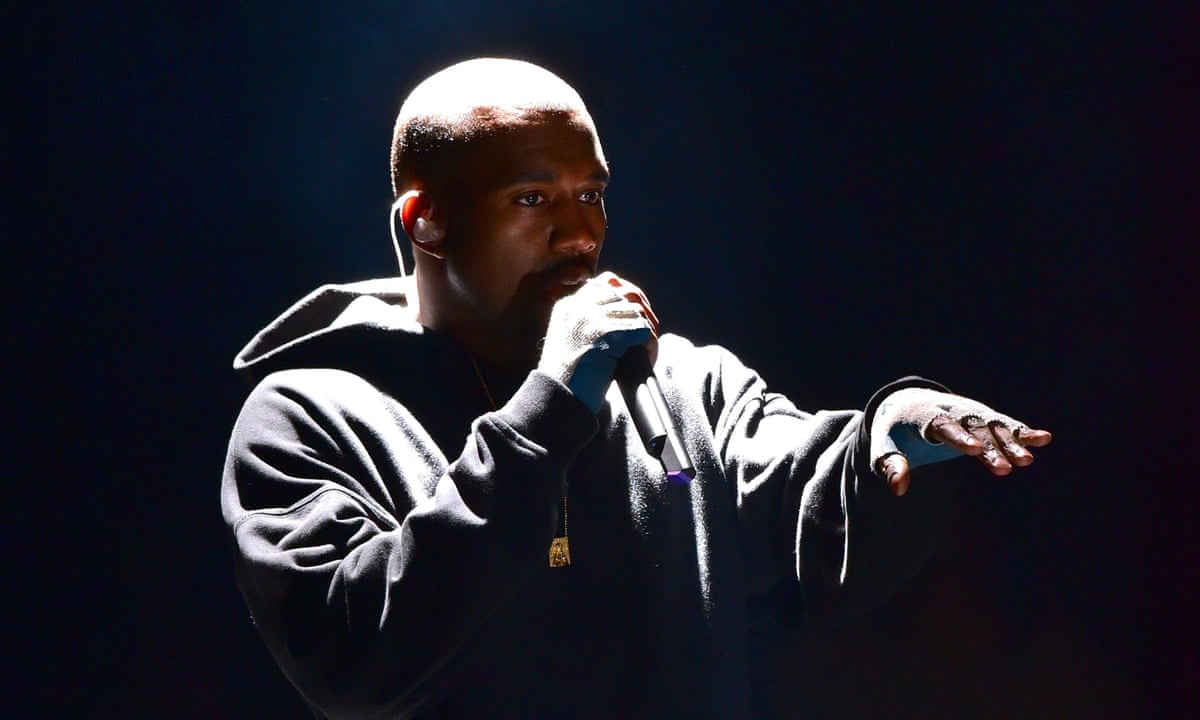 Say what you like about Kanye West, but he sure knows his classic games consoles.

The normally shy and retiring rapper has tweeted that his next album will be called TurboGrafx-16: an announcement that may have left some of his younger fans staring blankly at their phone screens in confusion.

On this occasion, however, its likely he wasnt being entirely serious which will come as a shock to regular readers of his Twitter stream.

Instead, West went on to explain that the TurboGrafx was one of his favourite games consoles as a kid, bewildering much of his fanbase but instantly improving his credibility in the much-sought-after massive retro game geeks demographic of which the writers of this story are definitely members.

He then went on a short, nostalgic romp through 90s gaming history.

Designed and manufactured by Japans NEC with input from game publisher Hudson, the TurboGrafx console was originally launched in Japan in 1987 as the PC Engine.

It was the first major games machine to feature a 16-bit graphics processor, beating the likes of the Sega Mega Drive and Super Nintendo Entertainment System to market, and effectively kickstarting the modern era of consoles with visuals that matched the leading arcade games of the era.

Two years later, the console made it to the US, renamed the TurboGrafx-16, and probably would have made an impressive impact while the Mega Drive (or Genesis as it is known in the US) was still in its infancy.

However, the sheer variety of versions that hit the market left consumers confused. At least 17 distinct core models made their way to game shops through the 90s. There were handheld versions like the Turbo Express and the PC Engine GT, base console revisions including the Core Grafx, SuperGrafx and PC Engine Shuttle, and all manner of expansion cards and add-ons. And then there were CD-Roms.

The PC Engine was the first games machine to offer an expansion for CD-Rom releases, shaping a legacy that would dominate mainstream console design for several generations. But it only made understanding what the PC Engine was more complex. The standard PC Engine format was HuCards known as TurboChips for the TurboGrafx-16 small cartridges that took the form of a slab of plastic comparable to a thick credit card.

But when the CR-Rom2 expansion console arrived in Japan in 1988, it let owners play the first home CR-Rom games (six years before the arrival of Sonys CD-Rom-based PlayStation) as long as they had a corresponding expansion card. It was a moment that changed the potential of music and audio in games forever; something West no doubt appreciates.

But then things got really complicated. While the likes of the TurboGrafx-CD and Super CD Rom2 simply plugged into their parent console, the PC Engines CD Rom2 had to be connected via an IFU a plastic suitcase thing that held the console and CD expansion together. And then there were the all-in-one models, such as the Turbo Duo, PC Engine Duo, the Duo R and the Duo RX.

Add illogically inconsistent region-locking of games, three CD Rom formats and a confusing array of peripherals to the list of strange TurboGrafx quirks, and the picture is complete.

Its a shame, because the games library was superb. The TurboGrafx-16 boasted dozens of excellent exclusives as well as sharp ports of arcade games. It remains a favourite for the scrolling shoot-em-up crowd, thanks to a vast library of genre heavyweights and oddities. Indeed, Wests preferred TurboGrafx-16 game, the vertically scrolling space shooter Blazing Lazers, is a true gem.

Known as GunHed in Japan, it was far ahead of the pack visually, and offered some solid gameplay although West has surely also played the consoles finest 2D shooters: Super Star Soldier and Soldier Blade, and the underrated Dead Moon. He may also have appreciated the particularly impressive arcade ports like R-Type and Galaga 88, or the host of non-shooter treasures like mascot series Bonk, Hudson icon Bomberman, and the arcade port of gory brawler Splatterhouse.

The Neo Geo, by the way, is another classic 90s console series, this time manufactured by Japanese arcade gaming giant SNK. First released in 1990 as a 16-bit cartridge-based machine, the Neo was like the TurboGrafx famed for its hardcore shoot-em-ups. However, it also boasted SNKs beautiful 2D fighting games (Samurai Shodown, King of Fighters, Fatal Fury) which rivalled the Street Fighter series throughout the decade.

Meanwhile, West is working on his own gaming project, Only One, about his mothers death and transcendence to heaven. Its not yet known which format the game will appear on or who he is working with, but it looks interesting, and very different to his wifes hugely successful smartphone title, Kim Kardashian: Hollywood.

Whether West will make good on his promise and title his next album Turbo Grafx remains unclear. However, its probably one of the cooler retro Japanese console names he could have gone for certainly better than, say, FM Towns Marty, although we would love to have seen an album named after Bandais 1999 handheld machine, The WonderSwan.

How to experience the TurboGrafx for yourself

For those tempted to try Wests favourite console, there are a few simple routes in. If the HuCard/TurboChip library of less showy titles is enough for you, a standard TurboGrafx-16, PC Engine, Core Grafx or Core Grafx II will suffice. To access CD Rom2and Super CD Rom2 games, a Turbo Duo, PC Engine Duo, Duo R or Duo RX are likely your next bet; just check which variation of controller port your chosen machine sports.

And if you do find any games on the other TurboGrafx-16 format, Arcade CD Rom2, youll need an Arcade Card or Super Arcade Card, which arrived as NECs final attempt to assert the relevance of its confused console while sales fell away. Youll likely be paying between 70 and 200 for the machine, a controller and all the leads. Oh, and youll also need an old-fashioned CRT television or monitor to play it on, as your LCD screen may not cope.

If all of that sounds too confusing, or your devotion to Kanye Wests entertainment tips ceases at the point of trawling eBay, Nintendos Virtual Console for the Wii offers numerous TurboGrafx-16 games for download, including Blazing Lazers.

It is ironic the company the TurboGrafx-16 set out to beat now provides the most accessible route to playing the consoles greats, but as long as youre not a hardware fetishist, the Wii provides a fine way to enjoy several dozen PC Engine treasures.