I believed him when he said his campaign was about something more elevated than winning. The attacks on Clinton are a damaging turn in the wrong direction 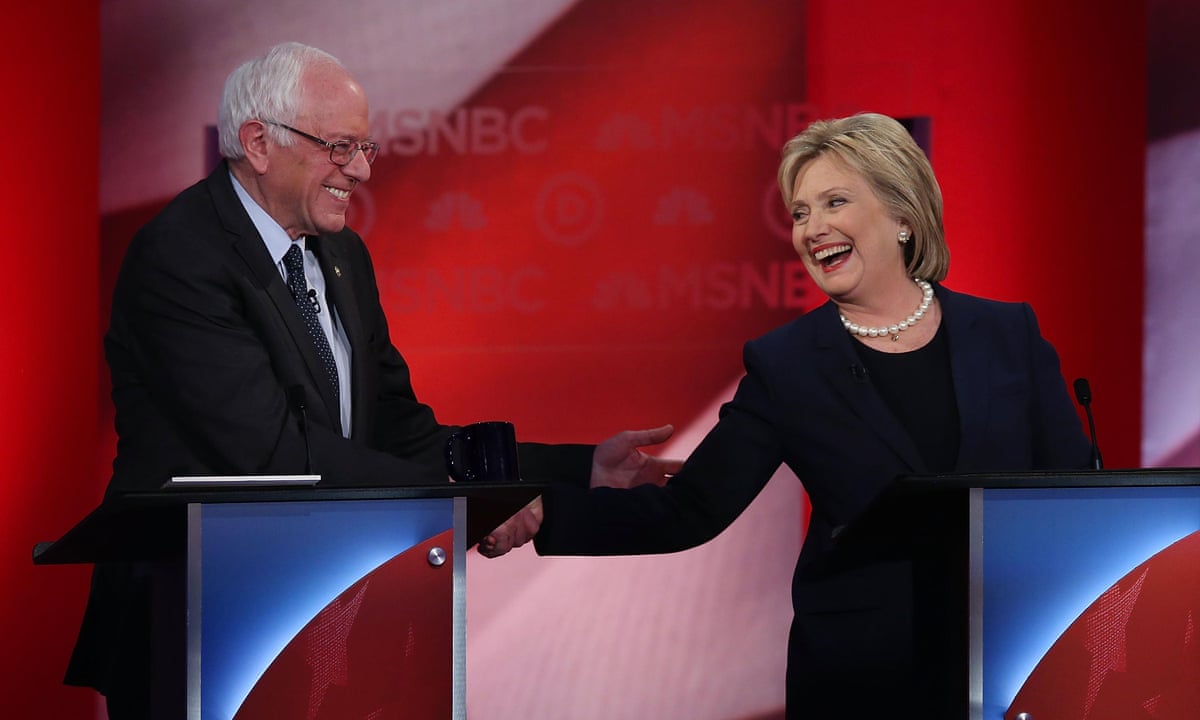 When Bernie Sanders announced he was running for president last April, I was ecstatic about his candidacy. I was intoxicated by the idea that he would pressure Hillary Clinton a sometimes maddeningly dedicated pragmatist and incrementalist eager to skip the primary election entirely to uphold the highest liberal standards on everything from environmental protection to financial reform and foreign intervention.

I believed him when he said his campaign was about something more elevated than winning.

And its a message that, until recently, resonated. This campaign is not just about electing a president, it is about making a political revolution, Sanders said after a victory in his home state of Vermont. After significant losses on Super Tuesday, he defended the decision to continue competing in the primary on similar terms. One of the reasons I believe we are doing so well is because people know that this campaign is about more than electing a president it is about transforming America.

To me, a campaign about more than the electing a president meant pushing Clinton left, even as Sanders maintained a completely respectful tone and did everything in his power to protect her from the coming attacks in the general election. But now, as the primary stretches into mid-spring, his message is increasingly about beating Clinton both how he can do it in the primary and how he is better positioned than she is to win in November.

Early on, Sanders would bristle when the press asked him about Clinton. He was hostile to any line of questioning encouraging him to take a swipe at her, as embodied perhaps most famously in his the American people are sick and tired of hearing about your damn emails comment.

More recently, during a debate in South Carolina, he lashed out at the media for continually goading him to attack Clinton. I cannot walk down the street Secretary Clinton knows this without being told how much I have to attack Secretary Clinton, he told NBC News Andrea Mitchell during the networks Democratic debate in January, adding: I am trying to run an issue-oriented campaign.

This was the Bernie Sanders I knew and loved. But its a Sanders thats becoming harder to recognize as talk turns increasingly to finessing primary math and the petty politics of debate schedules.

His team has grown more and more obsessed with helping their candidate clinch the nomination, a plan thats now based on convincing more superdelegates to come to their side ahead of the convention. And this comes after his campaign initially decried Clintons lead among superdelegates as undemocratic.

After a convention in Nevada where Sanders ended up with more pledged delegates than Clinton even after losing the popular vote, his campaign touted it. And at one point, Sanders top strategist, Tad Devine, went so far as to call for the flipping of pledged delegates heading into the convention, a strategy that is patently undemocratic, though the campaign has since backed away from that controversial strategy.

At the same time, his supporters have gotten nastier. On Twitter, the trolls are increasingly conspiratorial. Write anything remotely skeptical about Sanders difficulties surmounting Clintons commanding lead in delegates, and youll be accused of being in the tank for Clinton.

This was made worse by his campaigns subtly sexist attacks on Clintons ambition, as New York magazines Rebecca Traister has observed. There was Sanders campaign manager, Jeff Weaver, telling CNNs Jake Tapper: Dont destroy the Democratic party to satisfy the secretarys ambitions to become president of the United States, in the wake of a Sanders win in Wisconsin. There was Devine proclaiming in a call with reporters that Clintons grasp on the nomination was based almost entirely on victories in states where Bernie Sanders did not compete. And there was the suggestion that her difficulty accommodating an earlier debate schedule in Brooklyn stemmed from a workaholic nature and disregard for other peoples schedules.

Even Sanders himself seems to have reneged on his earlier promises not to go after Clinton personally, as when he recently suggested his policy differences with her made her unqualified to be president. Bill Clinton was among the voices to push back vociferously, telling MSNBC the following day the comment was so silly and that she was more [qualified] than I was in 92. And a day later, the old Bernie was back, insisting that of course she was qualified to be president and adding she would be an infinitely better president than either of the Republican candidates.

But his tone-deaf comment still stuck in my craw. It was a reminder of the times Sanders suggested Clinton stop shouting about gun control (women are frequently inappropriately accused of shouting or being overly emotional) and his campaign condescendingly suggested theyd welcome Clinton as Sanders veep.

Then there was a piece in the New York Times quoting Sanders staffers and positing the senator from Vermont was only losing the race because hed been so nice and reluctant to attack Clinton. Competing aggressively against Mrs Clinton in 2015 was not part of the Sanders strategy when he announced his candidacy last April, the piece observed.

Far from being the reason Sanders is losing, his reluctance to attack Clinton was central to his popularity with me, anyway, and I know a lot of others as well. His campaigns attacks on Clinton, sexist and otherwise, will go straight into Republican arsenals. Come the general election, they will be used to weaken the woman who is at this point the likely Democratic nominee, to say nothing of the most qualified woman to have a real shot at the president in 200-plus years.

Perhaps it is inevitable that a guy whos idealistic enough to run on a message of revolution is not practical enough to realize when he cant win and is instead doing the party harm.

Sanders has said, and Devine recently reiterated to the Washington Posts Greg Sargent, that Sanders will be a big time booster of Clinton if it comes to it. But now its coming to it (were around three months away from the convention), and if he and his team keep up the attacks, it may be too late to prevent lasting damage.