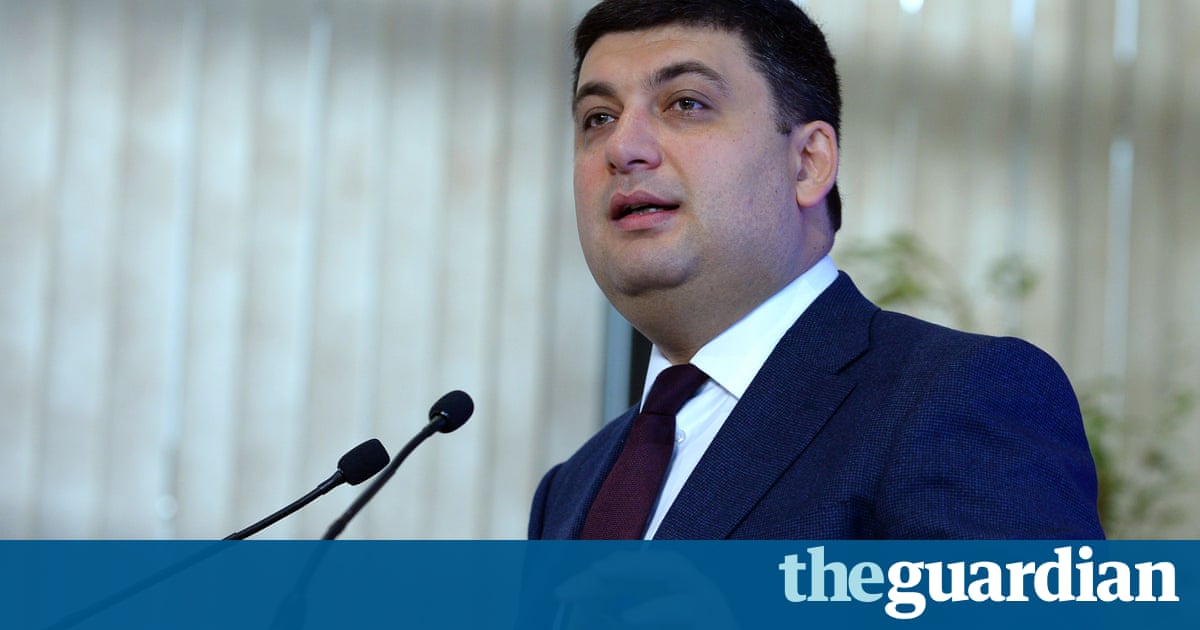 We made history in Ukraine last week. For the first time ever, more than 100,000 top officials, including the president, members of the cabinet, MPs, judges, prosecutors and civil servants, declared their assets under our new e-declaration system. In a statement endorsed by all of Ukraines leading civil society organisations, none of whom has been shy to criticise the authorities, they hailed the system as a truly revolutionary step towards eradicating corruption.

Activists and journalists are already investigating the origins of cash and assets that have been declared by officials. This has shone a light on the highest levels of power and things will never be the same again. Achieving this was not easy and on our path to greater transparency we encountered many obstacles.

The media, civil society and the public were sceptical until the last moment. The guardians of the old system were doing everything possible to prevent this and other changes that we have made to stamp out corruption.

I well remember the difficulties that we had pushing this law through parliament, as I was the speaker of parliament at the time.

Last summer, the e-declaration system was delayed and for a moment it looked as though it would fail, but the government stayed firm. I was one of the first top-level officials to declare his assets on the system. I will also be the first to say that I am ready for my declaration to be scrutinised. I believe that all Ukrainian public servants should have to explain the origin of their assets and, in cases where violations are uncovered, they should be punished under the law.

The e-declaration system allows us to draw a line between politicians of the past, who have never explained the origins of their assets, and politicians of the future of Ukraine, who from now on will be accountable to the people and who must explain where they got their money.

The new system is an important step in the process of stamping out corruption in Ukraine, but it is far from the final step. My cabinet will provide absolute support to the National Anti-Corruption Bureau, which our government created.

As my declaration has shown, I am not the poorest man in Ukraine, though I am far from the richest. I entered politics in 2006 as a successful businessman, since which time I have declared my income. However, I am well aware that many people in my country still have very few economic opportunities and some live below the poverty line. The gap between rich and poor is a large part of what has made the declarations shocking for many Ukrainians.

Improving this situation is my governments top priority. There is still much work to be done, but we are making real progress in implementing our reform agenda, with the ultimate goal of improving economic prospects for all Ukrainians.

In addition to the reforms we have made to combat corruption, Ukraine has also taken steps to modernise our judiciary, transform the national police force and cut red tape to improve the environment for business and foreign investment.

We have liberalised our energy markets, an important reform also intended to combat corruption and one that faced considerable opposition from vested interests. This year, the economy will grow by 1.5%, with 3% growth predicted for 2017. Inflation has fallen dramatically, from 43% in 2015 to 12% this year and 8% forecast for next year. The Deep and Comprehensive Free Trade Area between Ukraine and the European Union came into force on 1 January, creating substantial economic benefits for both sides, and last summer we signed the Canada-Ukraine free trade agreement.

As prime minister, my top priority is stabilising the country and growing the economy so that all Ukrainians can have the chance to succeed and improve their standard of living. To achieve this, we must lay down strong foundations on which we can build a modern European state. The e-declaration system is a milestone in this process.

Comments will be opened later