The conversation around consent for gay men has been stifled. We must recognise the culture of sexual assault that exists, writes Michael Segalov 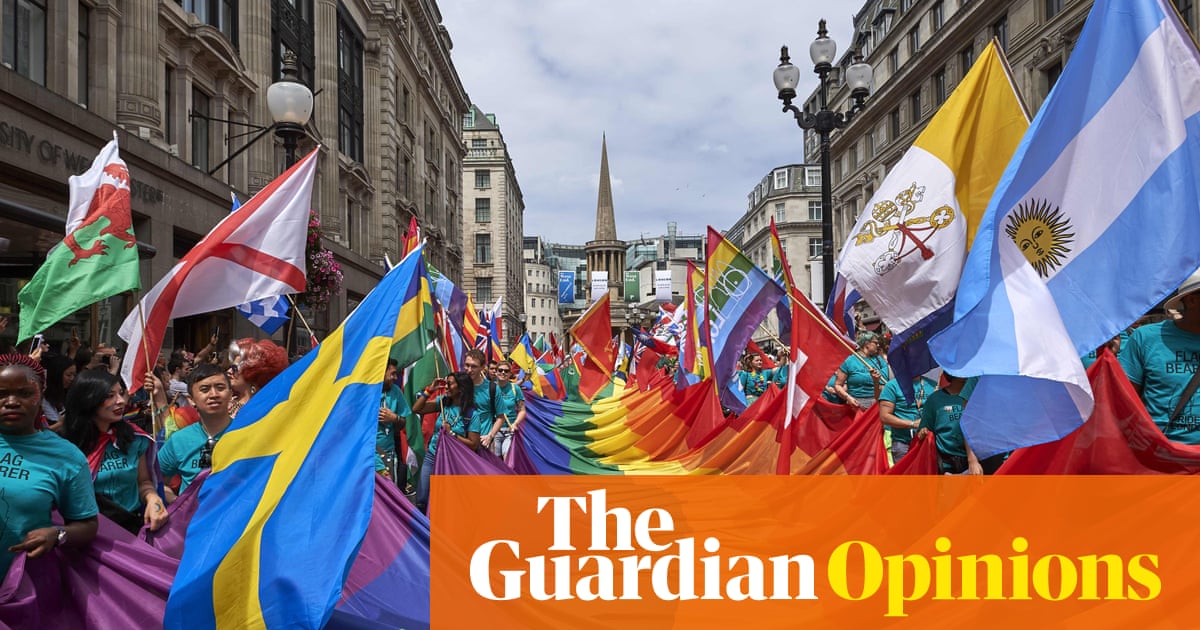 Most gay men can remember the first time they set foot in a gay bar: the awkwardness as they walked up to the bouncer, ID (fake or otherwise) in hand, clasped tightly. Discovering others with a specific experience similar to your own, finding community, is a powerful feeling. But as the #MeToo movement rolls on, and the conversation turns to consent and dating dynamics between men and women, there’s an uncomfortable reality on the gay scene that also needs to be confronted.

According a survey by gay men’s health charity GMFA, some 62% of British gay men have been touched or groped in a bar without consent. In the US 40% of gay and 47% of bisexual men have experienced sexual violence other than rape, compared with 21% of heterosexual men.

There’s a culture of silence, and it’s not difficult to understand why. Recognising the sexual violence you have experienced isn’t always easy, especially when these are some of your earliest sexual encounters, or when memories are clouded by alcohol and drugs.

The conversation around consent for gay men has been stifled: most of us were never taught the language with which to explain or understand the experiences of our youth. Inclusive same-sex education in schools isn’t mandatory, being LGBTQ+ doesn’t often run in the family, and there are fewer role models to learn from. Instead, we navigate sex blindly. For many young gay men, the boundaries and the logistics of sexual contact are an unknown.

It wasn’t long ago that our relationships were looked down on by both society and the state, with our sex lives taboo and criminalised. To criticise now how some of our sexual practices have developed bears a risk: the bigots will say they were right all along, and our sexual relationships will be further stigmatised.

But fear is no excuse for avoiding difficult questions. When the types of intimacy we engage in deviate from “lights off, in bed, with a long-term monogamous partner every other Friday” – which, of course, can have its own problems – it’s not an act of betrayal to point out that there are more opportunities for things to go wrong.

Take, for instance the “dark room” – a space few people will speak of outside the confines of the gay scene’s sweaty, hedonistic heart. To the uninitiated, the concept is simple: it’s a room in a club, it’s dark and you have sex. When it comes to consent, though, the situation is more complex.

Much of gay dating revolves around hookups and clubs fuelled by alcohol and drugs. Gay and bisexual men are seven times more likely to use illegal drugs, according to a 2012 study, and twice as likely to binge drink than heterosexual men.

Is taking a step into such a dark room consent to all sexual contact? Can two (or more) people consent to sex when they’re both off their face? Is whispering “do what you want with me” a green light for whatever happens next? When others join in – do they need explicit permission – what if you don’t even notice? There aren’t necessarily right or wrong answers to all of these questions, but in the context of #MeToo these are conversations that need to be had.

It’s would be easy to write this off as universal; of course, heterosexuals also get wasted and look for sexual partners under the cover of night. Unlike our straight counterparts, however, it’s often only in bars and clubs that many gay men learn the rituals of love, sex and seduction – having to come out, rather than your sexual identity be seen as normal, means many of us do not innocently experiment and reflect during adolescence. We find our norms on the scene. For most of us, there were few other places to turn.

It’s not just gay men who have woken up next to someone they barely remember taking home, but when there are multiple sexual partners involved – in drug-filled rooms and dark, public spaces – the risks are multiplied. Having no recollection of who you had sex with, or where, means you may not have had the capacity to consent in the first place.

For younger gay men, the landscape is changing: the internet has revolutionised how we look for sex. Apps have provided a way to find partners away from nightlife, but these hookups aren’t always safe and forgiving environments either. Some men feel a sense of entitlement when you turn up at their door with a single, prearranged purpose. The number of crimes reported as a result of online hookups is rising. Casual sex is all well and good, but these interactions don’t teach teenagers about intimacy and relationships.

Reckless behaviour in adulthood can be linked to self-hatred, abuse and violence – it’s a coping mechanism in a world that continues to see us as victimised, isolated and abused.

Of course, it is possible to tackle these problems: the introduction of same-sex sex education in schools would be a start. Community support, once publicly funded and now decimated by local government cuts, would be another useful step. LGBTQ+ spaces away from drugs and alcohol are also sorely needed, as are effective mental and sexual health services.

At the same time, predatory gay men need to take responsibility for their actions. Drugs, darkness and the thrill of the moment are no excuse for exploiting vulnerable men. We need to recognise and highlight the culture of sexual assault and violence that exists in our community, as it does in others, and hold perpetrators to account. Assault is assault, and rape is rape. That isn’t the “freedom” our community fought for.

But neither do we need moralising from high horses, homophobic or otherwise. People of all genders and sexualities take drugs, and it can be done healthily. Putting your fingers in your ears and pretending it’s not happening serves no purpose to anyone. Ours is a community that has long been persecuted and made to feel ashamed. It’s important to talk about liberation, and to embrace sexuality in all its glorious forms. Sex is something to be celebrated – whatever your gender, sexuality or preference – as long as the all of those involved can and do consent.

• Michael Segalov is the news editor of Huck magazine