Douglass fought against the horrors of President Andrew Johnson who, like Donald Trump, represents the same force of racist progress, of white male nationalism, of racial walls 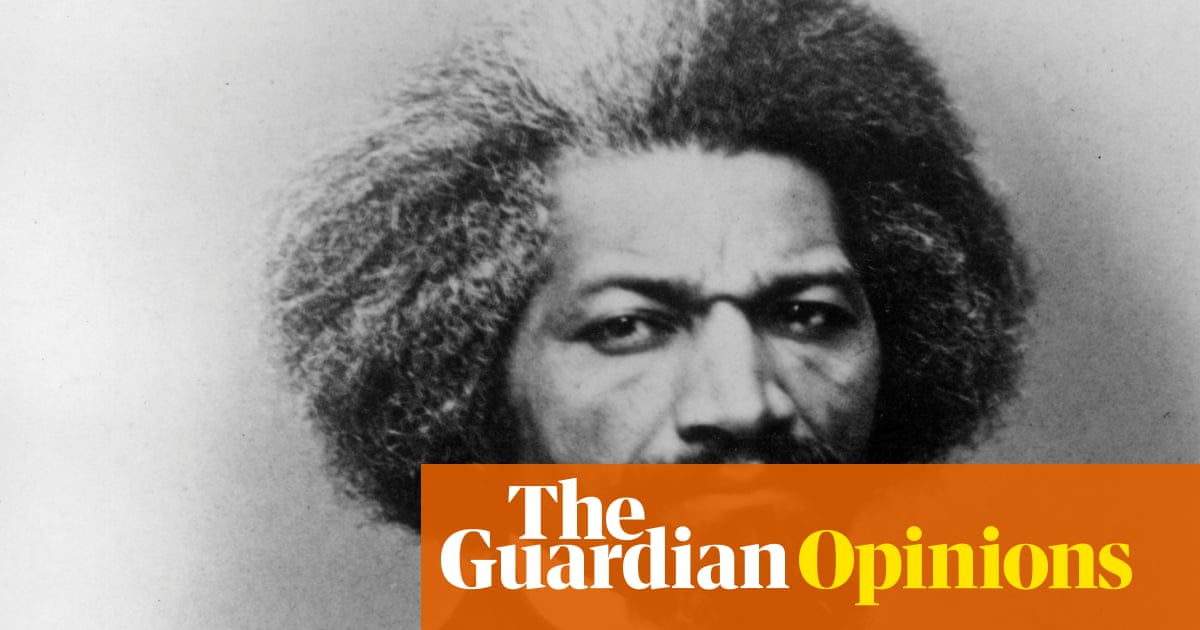 A month after Abraham Lincoln was assassinated on Good Friday in 1865, the 17th president of the United States began announcing his plans to reconstruct a divided nation. The new president, Andrew Johnson, cast the four-year civil war that stole nearly one million lives as a temporary family squabble. With the war over, Johnson granted the restoration of land, rights and amnesty to the ideological ancestors of those Americans who today oppose land, rights and amnesty for undocumented immigrants. He granted nothing – no land, no civil or voting rights – to the freed people who did not break the law of treason like Confederates, whose resistance on plantations and battlefields were decisive in the Union victory.

Frederick Douglass was horrorstruck. He would end up living 77 long years of struggle against the terror of slavery and Jim Crow, from February 1818 to 1895. But the months immediately after Johnson was catapulted into the presidency may have been the most terrifying of all. Unlike the Fugitive Slave Act of 1850 and Jim Crow, Douglass never saw the pro-Confederate Johnson coming, kind of like how hardly anyone saw a President Donald Trump coming. This year, people across the United States and the world are celebrating the Douglass bicentennial, the year he would have turned 200 years old. It is appropriate that Douglass’s bicentennial falls squarely in the Trump era. The spirit of history has a way of constantly returning to the present when we need her.

Trump would probably remind Douglass of Andrew Johnson. Johnson and Trump represent the same force of racist progress; the same force destined for lists of the worst US presidents of all time; the same force of white male nationalism, of racial walls, of bullying opposition to expanding the citizenry and the vote, of bitter fights with Congress, all stemming from their largely pro-Confederate base.

Last fall, when I realized the Douglass bicentennial stood around the corner alongside a Trump presidency, I could not help but wish for a Frederick Douglass. His “philosophy of reform” was based on history that shows human progress has “been born of earnest struggle”, as he said in a captivating speech in 1857 that nearly rivals his best, “What to the Slave Is the Fourth of July?” “If there is no struggle there is no progress,” he orated. “Those who profess to favor freedom and yet deprecate agitation are men who want crops without plowing up the ground; they want rain without thunder and lightning.”

I soul searched in the winds for the body of Douglass to reappear in time for this bicentennial, in time to struggle against the legacy of Andrew Johnson. I stopped after I recalled something Douglass said in “What to the Slave is the Fourth of July”, an idea that has guided my work as a historian. “We have to do with the past only as we can make it useful to the present and the future,” he said.

I started looking for those Americans who are publicly and privately plowing the ground, thundering and lightening, and roaring waves of progressive human change. I started thinking about honoring those changemakers, honoring 200 Americans in Douglass’s 200th year, 200 people who are making the past useful to the present and the future.

The past meets the present and the future today. I am thrilled to join with Kenneth Morris Jr, the great-great-great-grandson of Frederick Douglass, and to partner the Frederick Douglass Family Initiatives with American University’s Antiracist Research and Policy Center. We are unveiling the first 10 honorees of a group we are calling The FD 200.

Like these honorees, Douglass witnessed precious progress being undone. He saw the introduction of the “black codes” in 1865, which barred black people from voting, traveling, entering and fulfilling labor contracts and regulated their family arrangements. With the thirteenth amendment on its way to barring slavery “except as a punishment for crime”, the law supplanted the master in 1865.

That is how, after all these years, the attorney general, Jeff Sessions stands in as the master’s overseer, killing the civil and human rights of the peoples The FD 200 are serving. Trump feels empowered by his base. Confederates felt empowered by Johnson to write the post-war south in the racist letters of the pre-war south, save the title of slavery. A black veteran could not help but ask: “If you call this freedom, what do you call slavery?”

On 7 February 1866, Douglass headed a delegation of black men who met with Johnson at the White House. Johnson lectured the black men about a “war of races” if the black codes were repealed and black men could vote.

As they turned to leave the meeting, Douglass said to his fellow delegates in earshot of Johnson: “The president sends us to the people, and we go to the people.” And Douglass did go to the people, refusing to despair. Within two years, Johnson’s opponents had gained control of Congress, impeached him, drove Confederates from power, enfranchised and granted civil rights to freed people, chartered Reconstruction policies that actually could be called freedom, and organized an interracial party in the southern states among the poor.

By 1868, 150 years ago, the United States appeared headed for the first time towards democracy for all, towards equal justice and opportunity for all, with Douglass helping to lead the way. Hope filled the air like presidential votes for Ulysses S Grant filled ballot boxes. The crimes of bigotry remained ever-present and lethal through night riders like the Ku Klux Klan. It spread and endured. But generations of Americans shaped like Douglass refused to believe the crime wave, embodied by the end of the 19th century in all the main bodies of power, was permanent. They refused to stop their glorious struggle and died like Douglass dreaming of that lasting day of jubilee.

For me, the crimes against humanity today do not feel permanent because of the struggling Americans who comprise The FD 200. On the anniversary of Douglass’s iconic “What to the Slave Is the Fourth of July?” address, what to Frederick Douglass is his bicentennial if we are not making him relevant to the present, if we are not honoring his struggle through those who are continuing his work today?

US steps up fight against slave labor ‘to safeguard American jobs’

My Brother Moochie review: a masterpiece of race, injustice and forgiveness

‘It made me question my ancestry’: does DNA home testing really understand race?