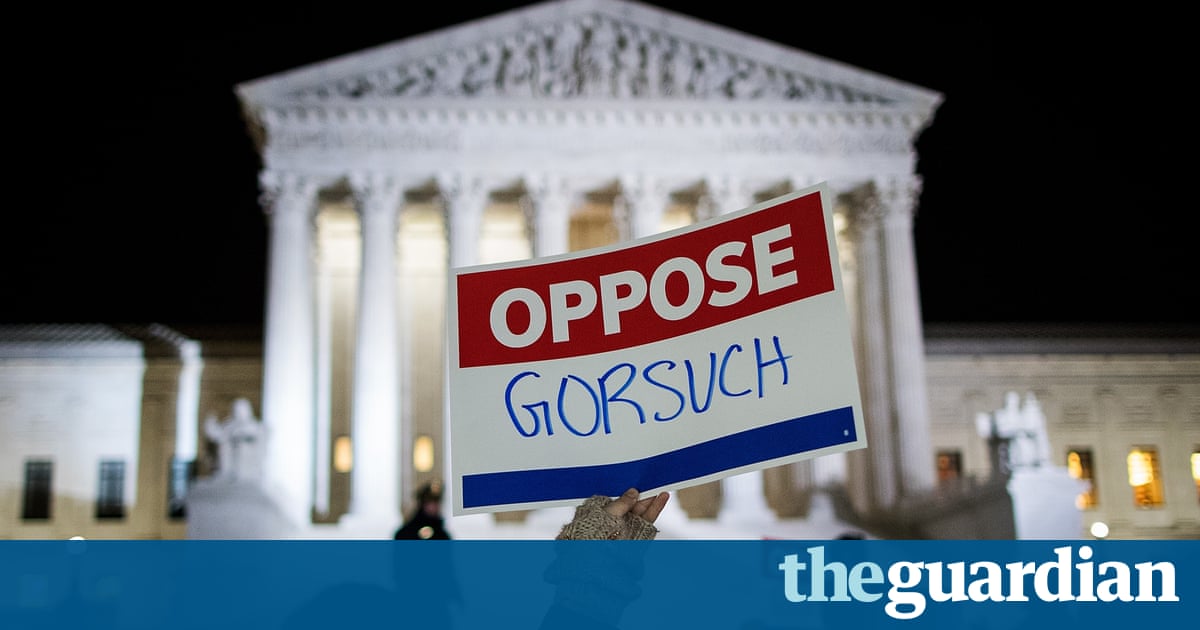 In nominating Neil Gorsuch to the supreme court, Donald Trump just gave Senate Republicans exactly what theyve long hoped for in filling Antonin Scalias vacant seat and Democrats should do everything in their power to stop it.

Its not that Gorsuchs record is significantly more problematic than that of anyone else on Trumps shortlist (he is, in many ways, merely Scalias ideological twin). Its that Scalias successor should have rightfully been Obamas to choose, and Democrats should return the favor by pushing Republicans to the legal limit, including making Republicans eliminate the filibuster on supreme court nominations.

Senate Republicans shamelessly played out the clock on the presidents dwindling tenure. After vowing to filibuster anyone Obama picked, they lived up to their word in refusing to hold a single confirmation hearing even for his eventual highly moderate selection of Merrick Garland. It was the perfect cherry atop an administration marked by Republican intransigence and opposition to practically every policy proposal put forward by the president.

Now the Trump administration, with its noted penchant for alternative facts is looking to rewrite recent history once more.

Trumps spokesman, Sean Spicer, told reporters on Monday that, before Senate Democrats even heard who this individual is, youve got some of them saying, Absolutely no. I mean, that just shows you that its all about politics, its not about qualification.

And Trump, in a primetime press conference on Tuesday scheduled for maximum drama, redoubled the point, calling Gorsuchs qualifications beyond dispute, and adding: I only hope that Democrats and Republicans can come together for once for the good of the country.