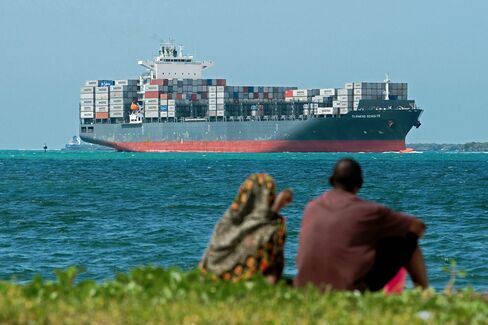 As the son of a man who journeyed from China to Singapore and founded a shipping business a half century ago, Teo Siong Seng sees his life as one immersed in the ancient trading networks of Asia.

So the managing director of the Pacific International Lines Group is seeking to benefit as China rejuvenates its Silk Road routes to the Middle East and Europe. He is setting up a joint venture with China Cosco Shipping Corporation Ltd. to help Chinas largest shipping group build connections in Southeast Asia and beyond.

Chinese companies alone may not have enough experience to carry out their investments in other countries, said Teo, whos also chairman of the Singapore Business Federation. To cooperate with companies like us would also make their businesses smoother. They have to learn the way we deal with local people and the way we do business.

The venture underscores Singapores potential as a gateway to Southeast Asia for China as President Xi Jinping seeks to export excess industrial capacity while building influence overseas. Lured by shared cultural bonds and the former British colonys legal and financial systems, the number of Chinese companies registered locally has almost doubled in the past five years to more than 7,500.

Exploiting Singapores regional familiarity could help Chinese companies navigate local politics complicated by tensions over Chinas territorial claims in the South China Sea. It could also help them avoid pitfalls from prior investment in Africa and Latin America, where China has faced criticism at times for a heavy-handed approach, insisting for example its companies and laborers carry out the bulk of a contract.

From all the failures, Chinese have learned that they need a local broker, said Gao Zhikai, a board member of coking coal distributor Winsway Enterprises Holdings and former vice president of crude oil giant CNOOC Ltd. Chinese companies believe Singapore companies are easier to deal with and they know how to deal with different markets.

Xi is offering vasts amounts of money to Southeast Asia for infrastructure projects for the maritime portion of his revitalized Silk Road. Combined with an overland route through Eurasia, the project is known as One Belt, One Road.

For Beijing, the project is a solution to the industrial overcapacity that has built up in many sectors. Its also the economic carrot of Xis push to make China a regional power and challenge decades of U.S. dominance in Asia. Greater trade and investment could blunt concern over the countrys military expansion and its territorial ambitions.

Investment company Fosun International — one of the largest private groups in China — set up its Southeast Asian headquarters in Singapore last year. Chinese companies have to pick the right platform and springboard before making an international move, and Singapore is a very good choice, said chief executive officer Liang Xinjun.

Chinas relations with Southeast Asia are deeply rooted in history and the regions trading culture. Some Chinese Singaporeans, like Teos father, migrated from Chinese provinces like Fujian during the second Sino-Japanese War in the 1930s, and ethnic Chinese traders had been plying routes in the area for centuries before.

China has looked to Singapore before: The country in late 2015 hosted the first summit between Taiwan and China in seven decades, while late leader Lee Kuan Yew was seen as a regional voice of counsel on China relations. Many Chinese officials tread a path each year to Singapore to study its political model.

Singapore has the largest ethnic Chinese population in the region, at nearly 75 percent, and is Chinas largest foreign investor. More than 20 percent of its gross domestic product is linked to China, according to Natixis SA.

Chinese business flowing through Singapore could help as its economy faces what could be its slowest-growth year since the global financial crisis, hurt by a slowdown in trade, weak commodity prices and job cuts in the banking industry.

Still, while Southeast Asian nations are hungry for infrastructure funds to meet the demands of their growing populations, China shouldnt expect an unconditional open door.

“Many countries in Southeast Asia are becoming more cautious when dealing with Chinese companies, which have a relatively bad track record in implementing deals over the past decade,” said Winsways Gao, who is also director of the China National Association of International Studies.

“Given the growing tensions over the South China Sea, Chinese firms have to be even more careful in putting the deals in practice, Gao said. Even a small mistake could cause a major negative reaction.

China may look to Singapore to help smooth over the territorial frictions it has with some Southeast Asian nations. The U.S. navy uses Singapore as a gateway to the South China Sea for its ships and surveillance planes, and Singapore has called on China to tread carefully.

We find that trust is the most important element in the Chinese business culture, Tan said by e-mail. Singaporeans can better appreciate the Chinese culture, and understand the spoken and unspoken rules of doing business in China.

Still, there will be difficulties ahead, according to Bernard Chan, president of Asia Financial, an investment holding company. Some nations in the region have relatively opaque — and complex — regulatory and financial reporting systems that can be harder for outsiders to navigate.

Also, China companies in some cases “have absolutely no clue of what they are buying, but they have to buy,” said Chan. “It looks like a recycling of what happened 20 years ago to the Japanese. Hopefully Chinese companies could learn from them and minimize the mistakes. But Im sure they will walk through that cycle once again.”

With assistance by Keith Zhai, and David Roman