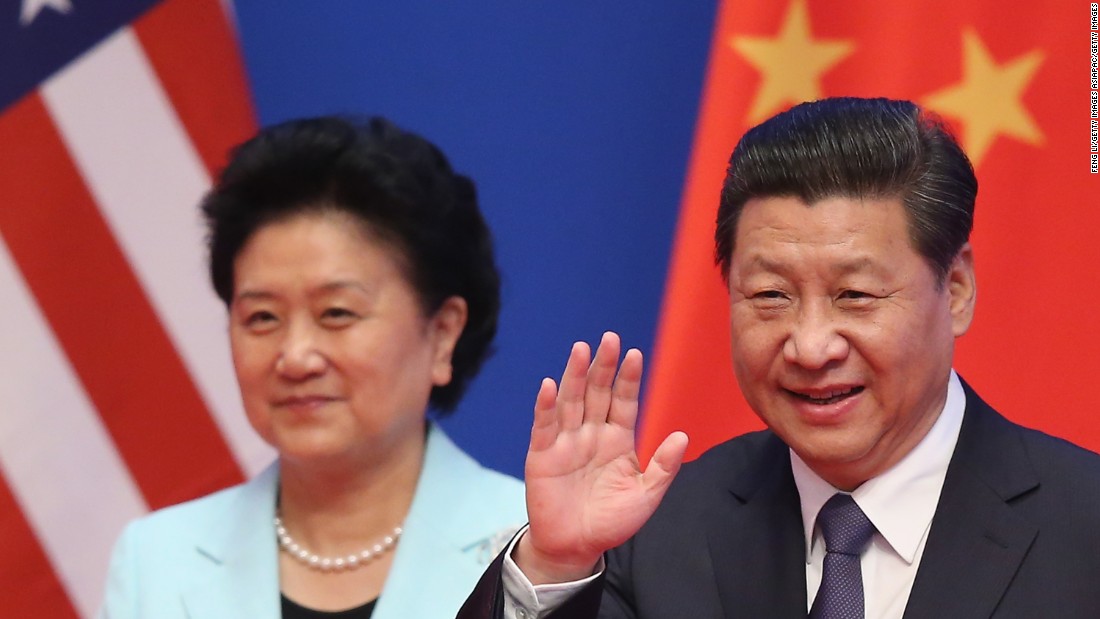 (CNN)The biggest event in China’s political calendar just concluded in Beijing, and the lack of women at the top echelons of power was palpable.

This week, Chinese President Xi Jinping presented his new leadership team to the world on stage in Beijing’s Great Hall of the People. Just who would be on the Communist Party Politburo Standing Committee was a matter of fierce debate, but on one thing everyone was certain: there would be no women.
The People’s Republic of China has never had a female president, nor have any women served on the Standing Committee, where all key decisions about running the country are made, since the party came to power in 1949.
The next rung down — the 25-member Politburo — previously had only two female members. It now only has one.
China’s lack of female leadership is made all the more stark by the contrast with Hong Kong and Taiwan, both of which are run by women.
Carrie Lam took office as first female leader in Hong Kong, a former British territory now part of China, in July. In Taiwan, a self-governing island China views as a breakaway province, Tsai Ing-wen was elected as its first female president in early 2016. Other countries in the region — South Korea, Thailand, Myanmar, Singapore — have also all had women leaders.
The founding father of the People’s Republic, Mao Zedong, famously proclaimed that “women hold up half the sky,” so why, four decades after his death, are there still so few high-level female politicians in China? 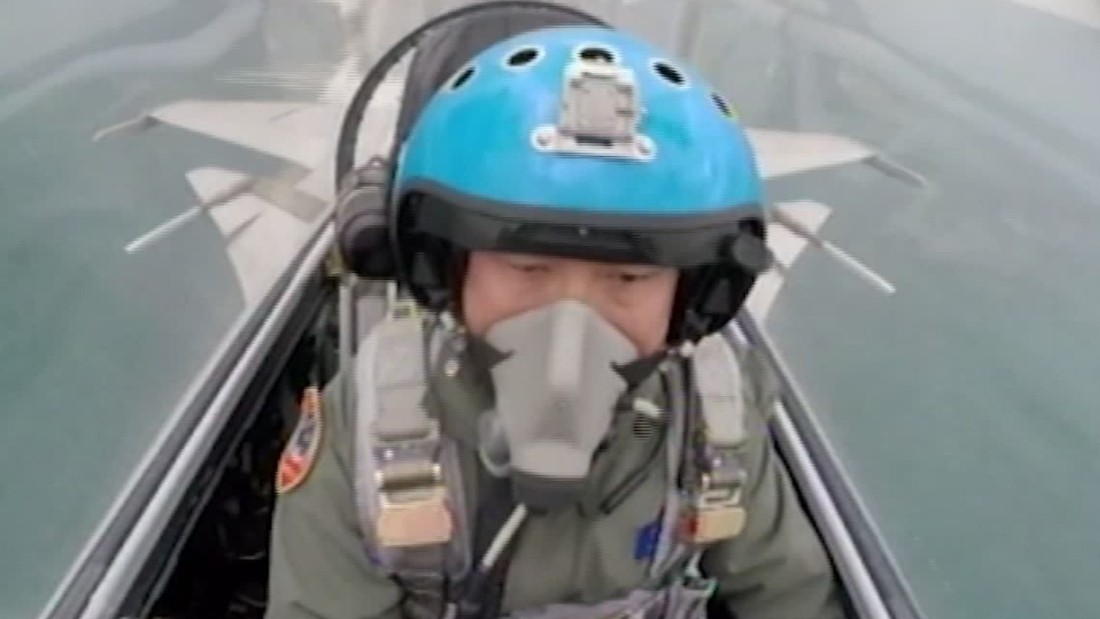 China’s push to modernize its military

Although China’s constitution enshrines gender equality, discrimination remains widespread, according to analysts.
Current retirement policy requires female public servants stop working up to 10 years earlier than men. For government employees, including those at state-owned enterprises, the mandatory retirement age for men is 60, while women retire at 50 or 55.
Some experts argue this age-gap perpetuates perceptions women are physically unable to work as long as men and discourages employers from hiring women for long-term positions.
It also leads to less opportunities for women seeking advancement in Chinese politics, where cadres only reach the height of power as they near their 60s.
“The government has no intention of doing anything substantive to improve female political representation,” said Leta Hong Fincher, author of the upcoming book “Betraying Big Brother: China’s Feminist Resistance.”
“It’s just doing the talk to appear more responsible as it wants to be viewed as a more prominent global leader.”
Many women — like real estate maven Zhang Xin and tech entrepreneur Hu Weiwei — are succeeding in business and academia, but female politicians remain a rare breed. Time magazine included Jiang Qing, Mao’s wife and leader of the “Gang of Four” during the Cultural Revolution, as one of the 25 most powerful women of the past century, but she only reached the Politburo. 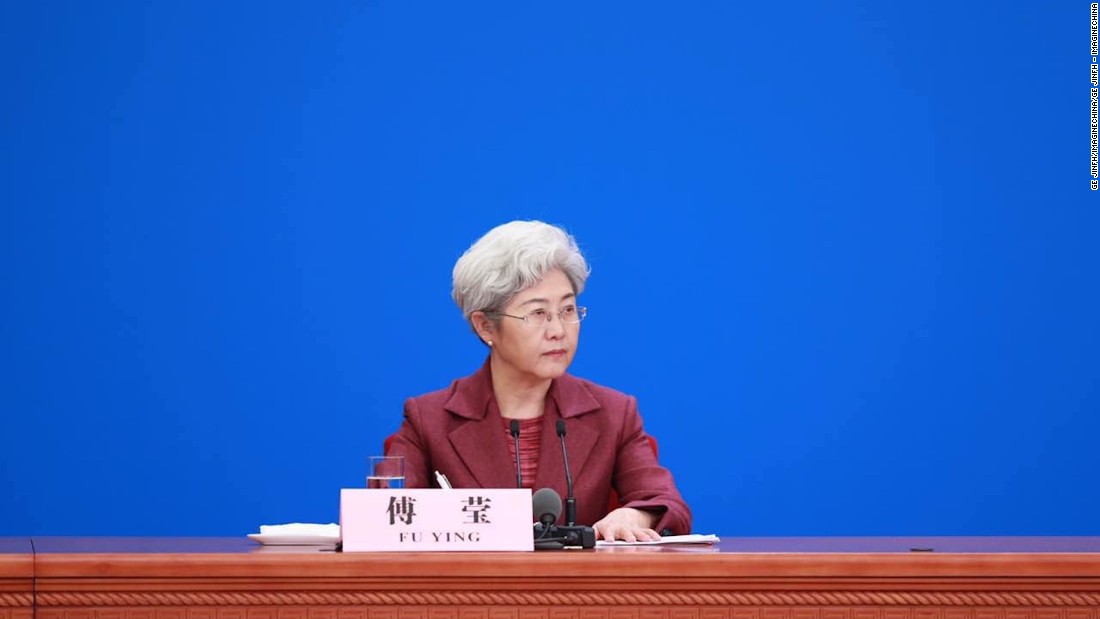 The country’s two most senior female politicians today are vice premier Liu Yandong, a scion of a political dynasty — her father was a close ally of former Chinese President Jiang Zemin — and Sun Chunlan, a somewhat obscure Politburo member.
In this week’s leadership reshuffle, Liu retired from the Politburo, leaving Sun as the only female member.
Another notable female politician is Fu Ying. While she is not a member of the Politburo, she’s only the second woman to ever hold the position of vice foreign minister.
“Chairman Mao’s words are poetic; they’re not real policies,” said Cheng Li, a China expert at the Washington-based Brookings Institution.
“Mao wanted to encourage women, but not let them go too far.”
Although a 1982 revision to the party constitution calls for it to “pay great attention to cultivating and selecting women cadres,” Li said the rules have had limited impact as they don’t define a percentage. 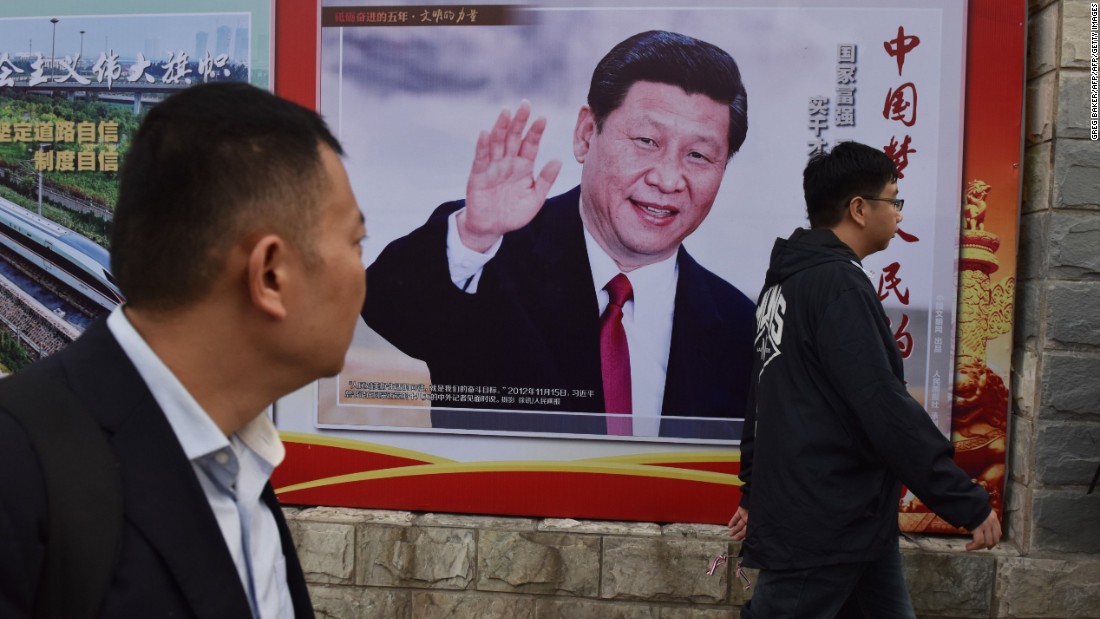 The cult of Xi Jinping

Obstacles to women at the policy level are compounded by another factor: culture.
Surviving China’s male-dominated political system means playing by its rules, such as drinking large amounts of baijiu, the clear, highly alcoholic grain spirit that forms a key part of formal banquets and meetings.
This puts women in a dilemma — if they take part in the drinking, they may be judged for failing to uphold a modest lifestyle; if they refuse, they’re excluded from the mingling and miss out on opportunities to make connections and gain influence.
Li said discrimination in China is often more open than in the West, “especially at dinner tables and in meeting rooms.”
The extravagant banquets where baijiu consumption is a big part have been major target of Xi’s anti-corruption campaign, hurting sales of the spirit and giving some hope networking events could take a more professional turn. 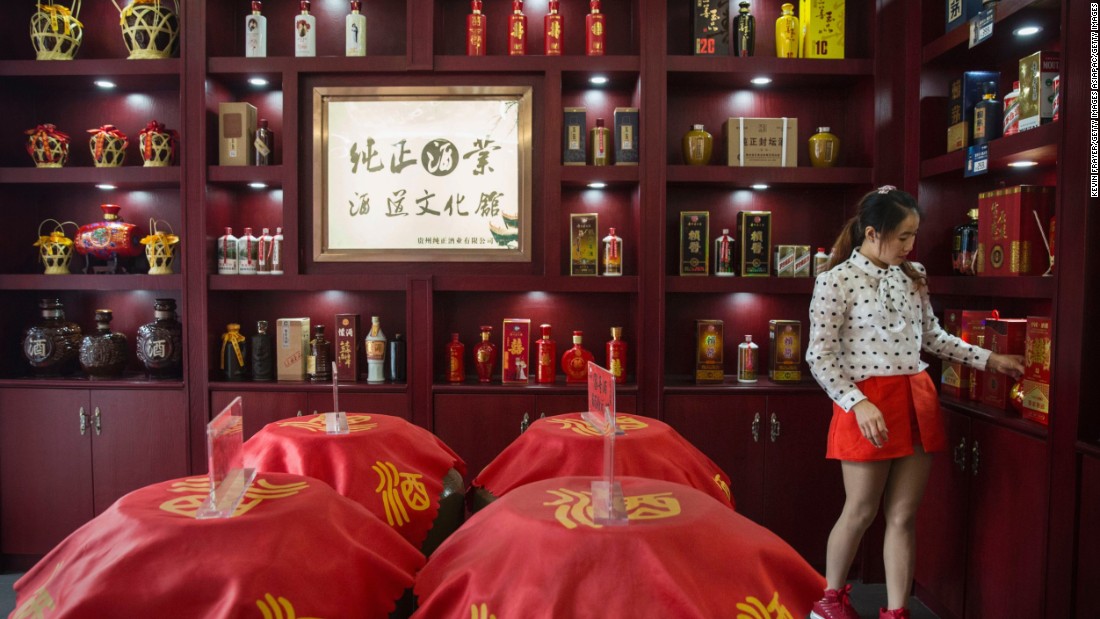 In the West, moves to open up more fields to women and improve representation have been driven by proudly feminist activists and politicians, but in China, expressing support for the mere concept of feminism can be controversial.
Last year, state-run news agency Xinhua published an opinion piece criticizing Taiwanese President Tsai’s “extremist style,” because she was unmarried.
“As a single female politician, she does not have the emotional burden of love, of ‘family’ or children. So her political style and strategy tend to be emotional, personalized and extreme,” wrote Wang Weixing, an official from a Beijing-controlled body that handles relations with Taiwan.
The story was eventually pulled after a wave of outrage online, but it’s not the only example of Chinese politicians going after outspoken women, which comes amid a wider crackdown on NGOs and civil society groups. 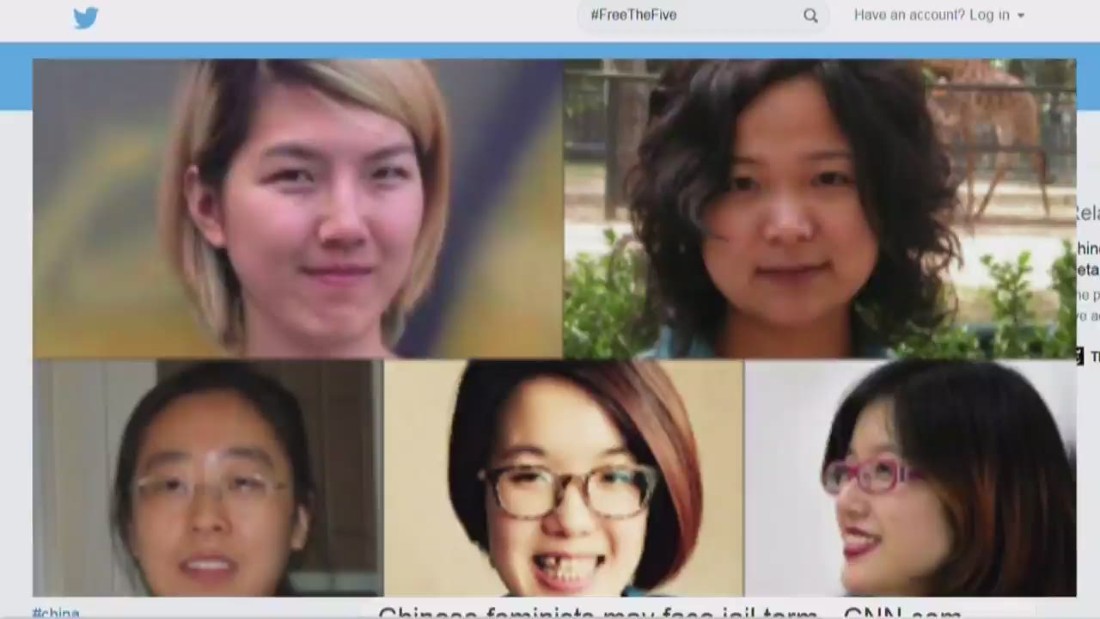 In 2015, five Chinese feminist activists were detained and accused of “picking quarrels and provoking trouble” after they attempted to organize a campaign against sexual harassment on public transport.
Though they were eventually released on bail, prosecutors threatened them with charges carrying hefty prison terms and one of the five, Wu Rongrong, was briefly banned from leaving the country.
“Even though the women were released, they are still officially criminal suspects,” Hong Fincher said.
“To this day, the government is continuing to carry out an unprecedented crackdown on feminist activism, trying to extinguish the nascent feminist movement.”
For Li’s part, he said he was not “entirely pessimistic,” pointing to improvements in education. “However,” he added, “we might not see any significant change in the next five to 10 years.”