Private prisons have for years enriched themselves by exploiting detained immigrant labor. They must be held accountable 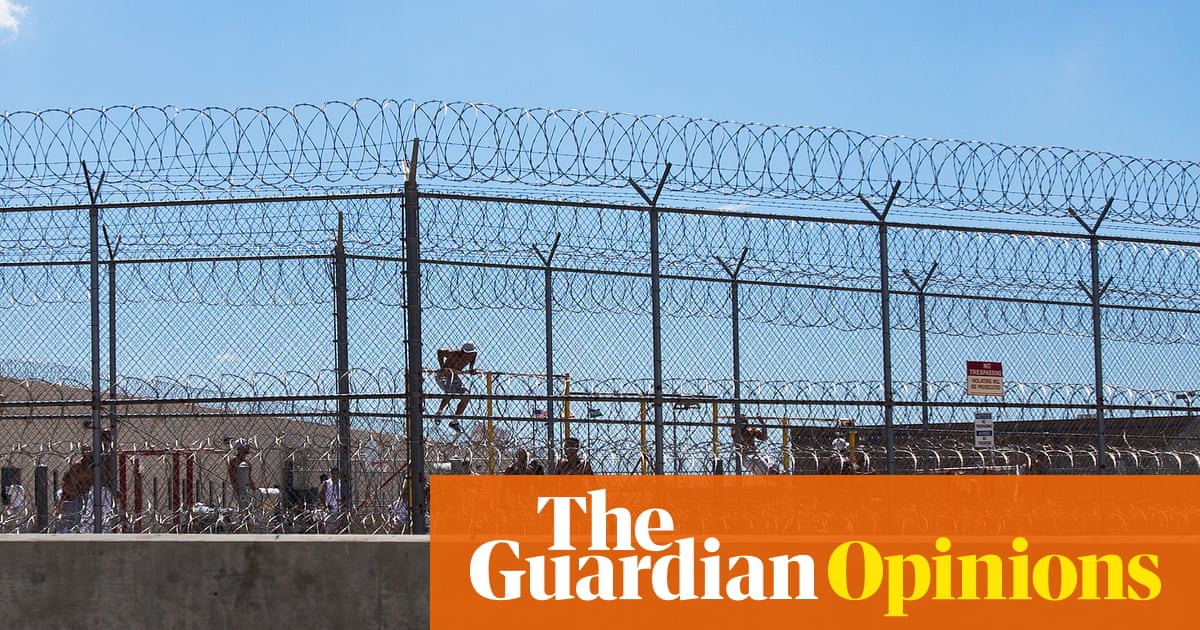 In 2017, officials at the Stewart immigration detention center in Georgia placed Shoaib Ahmed, a 24-year-old immigrant from Bangladesh, in solitary confinement for encouraging fellow workers to stop working.

Ahmed, who was paid 50 cents per hour to work within the facility, was upset because his $20 paycheck was delayed. His punishment was solitary confinement for 10 days, where he was subject to deplorable conditions – a cell with no access to other workers, only an hour of out of cell time per day and showers only three times per week. Detailing the impact that severe isolation has had on his mental health, Ahmed said: “I think the segregation will kill me.”

Stewart is operated by the largest prison corporation in the US, CoreCivic (formerly Corrections Corporation of America), under a contract with Immigration and Customs Enforcement (Ice). The corporation’s net income last year was $178m.

Ahmed’s experience mirrors that of a growing number of detained immigrants at facilities across the US who are subjected to forced labor.

In April, we filed a lawsuit on behalf of Shoaib Ahmed and others against CoreCivic, alleging that the prison corporation violates human trafficking laws and employs a deprivation scheme to force immigrants detained at Stewart to work for sub-minimum wages, and then threatens to punish them for refusing to work through solitary confinement or loss of access to necessities. A lawsuit against Geo Group, another prison corporation, is moving forward for using similar practices at the Aurora Detention Center in Colorado, violating the Trafficking Victims Protection Act.

Stewart relies on the labor of detained immigrants to keep the cooking and cleaning and other basic operations going. How convenient and profitable for the largest and wealthiest prison corporation to exploit detained immigrant labor rather than hire regularly waged employees.

CoreCivic’s abuse and exploitation of detained immigrants’ labor as part of its profit-making schemes constitute a contemporary form of slavery as we detailed in a submission to the UN special rapporteur on the human rights of migrants. The International Covenant on Civil and Political Rights (which the US has ratified) states, “slavery … in all [its] forms shall be prohibited,” and that no one, including detained immigrants, “shall be required to perform forced or compulsory labor”.

Stewart employs a deprivation system in which officials provide immigrants with inadequate food and basic living supplies and require immigrants to purchase them at exorbitant costs at the commissary. While officials portray the labor program as “voluntary” in light of the 13th amendment of the US constitution, detained immigrants are often penalized for refusing to work. Officials at Stewart take advantage of immigrants for cheap labor and overuse solitary confinement to punish immigrants, oftentimes for the mere act of speaking up and demanding their rights, as happened to Shoaib Ahmed.

Adding to the deprivation system, Stewart officials enforce unreasonably strict eating schedules and provide immigrants with inadequate food portions, forcing many immigrants to purchase additional food from overpriced commissaries, as detailed in a report released last year. Almost all immigrants detained at Stewart say they are given insufficient food. As one detained immigrant from Mexico stated: “I believe the reason why the facility gives the detainees so little food is so we will have to buy food from the commissary. Everything in the commissary is expensive. I spend $80 a week, $320 a month, in the commissary.”

None of this bothered a group of 18 Republican lawmakers including three from Georgia who sent a letter to Jeff Sessions, Ice, and the Department of Labor asking them to help the private prison company Geo Group defend itself against the lawsuits. They actually alleged that the labor programs are good for the detained individuals as they “reduce the negative impact of confinement through decreased idleness, improved morale, and [lead to] fewer disciplinary incidents”.

Improved morale? Shoaib Ahmed, who has since been deported and still suffers from psychological trauma and distress, would beg to differ.

These legislators’ support for the prison corporations perhaps should not come as a surprise. CoreCivic gave $295,642 in federal political contributions during the 2016 election cycle. Ninety-six percent of that money went to Republicans, including Lamar Smith of Texas, one of the signatories of the letter.

Immigrants who choose to work at the detention facilities should be paid a living wage. It goes without saying that they should not be pressured into working. Prison corporations that have for years enriched themselves by exploiting detained immigrant labor should be held accountable. So should the politicians who support this inhumane and illegal scheme.