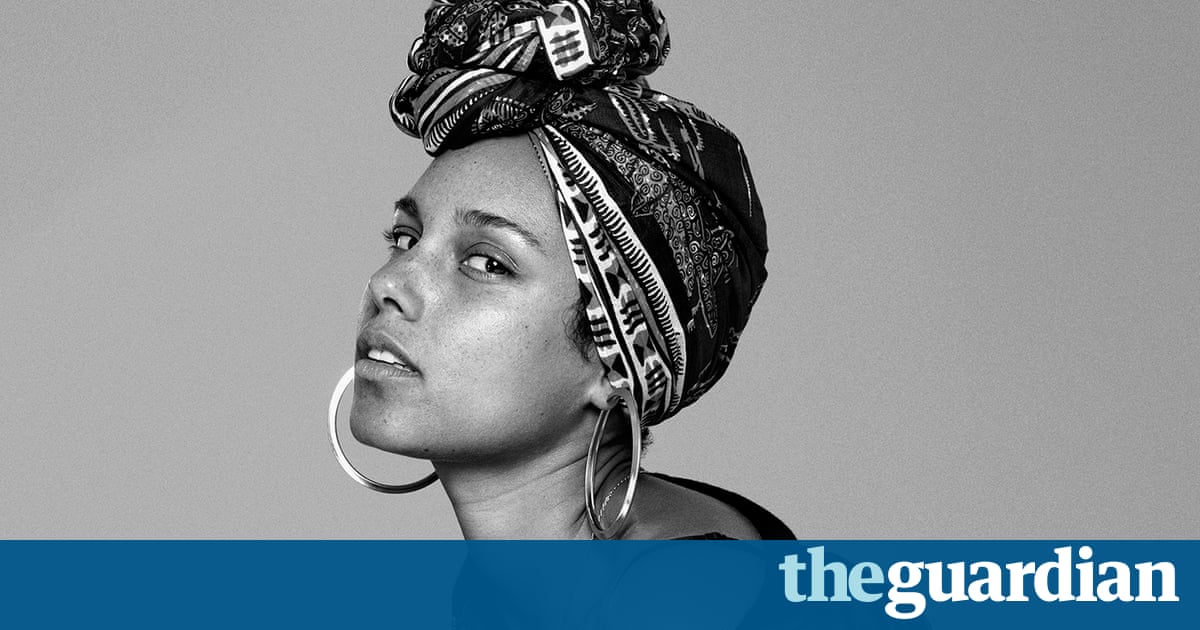 So it turns out that Alicia Keys, whose comeback has been based around the concept of being makeup-free, isnt quite as untouched as she claims to be. Last week, in an interview with W magazine, her makeup artist Dotti revealed that Keys wears brow definer, self-tanning anti-ageing serum and mattifier that total more than 300. The singer also applies cucumber pulp and does ice work on her skin (rolling an ice stick on her face until the blood rushes to the surface) to achieve the bare, fresh-faced naturalism she is after. It practically makes her skin say, Hi. I love you, Dotti explains.

Keys has been lauded for her #nomakeup look and it has been central to a new album campaign, underscored by tastefully shot black-and-white photos. In May, she penned a letter for Lenny (Lena Dunhams online newsletter) explaining why she was ditching heavy cosmetics. In one song I wrote, called When a Girl Cant Be Herself, Keyes wrote. It says: In the morning from the minute I wake up / what if I dont want to put on all that makeup / who says I must conceal what Im made of / Maybe all this Maybelline is covering my esteem. I dont want to cover up any more. Not my face, not my mind, not my soul, my thoughts, not my dreams, not my struggles, not my emotional growth. Nothing.

Keys has tapped into the humblebrag movement of the moment. Adele, Gwyneth Paltrow, Kylie Jenner, Gigi Hadid, Beyonc and Laverne Cox have all posted #nomakeup selfies on social media to make a statement about the tyranny of contemporary beauty ideals. Neatly, of course, while showing up how ridiculously good-looking they all are.

Last week, Kim Kardashian tweeted: Think Im gonna wear no make up today at the Balenciaga show. Her appearance was notably toned down and seems to signal a new beauty phase for the reality star, who made contouring her trademark look and inspired endless Youtube beauty tutorials. Of course, the construction of real in 2016 is a complicated one. On the surface, it implies that long-held conceptions of beauty are false and dated, but on a deeper level it upholds another aspirational standard of appearance that is just as difficult to maintain. The overall impression is that actually, not much has changed at all.