With his yen for monomaniacal oddballs and love of an unhappy ending, the German film-maker is surely the perfect person to tackle a Trump biopic 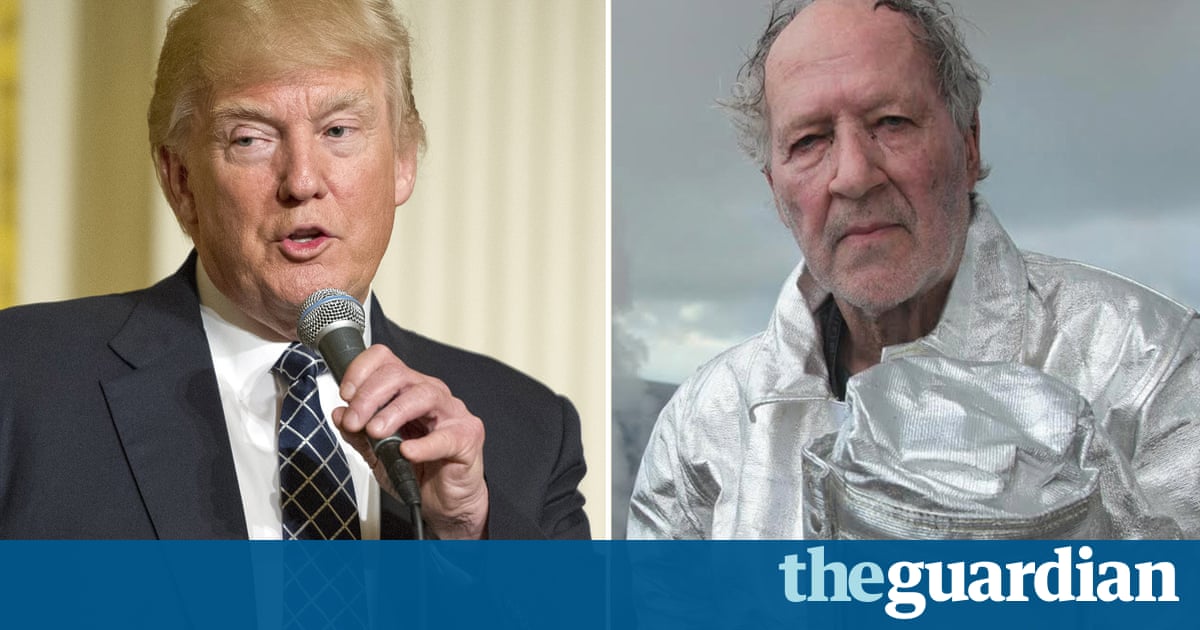 As we inch towards day 100 of his ignoble reign, it is becoming increasingly clear that Donald Trump is going to remain president of the United States for a fair while yet (bar a sudden and unlikely show of courage from Republican politicians). Which means at some point well have to start thinking about those big questions around the legacy of POTUS 45. What, for example, will a Trump presidential library look like? Will it contain three books or four? Which of the faces on Mount Rushmore is Trump going to replace with his own visage? And most importantly of all, for film fans at least who will direct Trump: The Movie?

Because make no mistake, there will be a Trump movie. Were only a few months into his presidency and already HBO have announced that a miniseries about his election win is in the works. From cable news to late-night chat shows, television has turned the Trump presidency into a licence to print money, which you have to imagine is attracting envious glances from the film industry. Surely its not a question of if but when and of who should direct it.

Certainly, there is no shortage of people who could lay claim to being the best auteur for the job of depicting the Donald. Michael Bay would surely capture the explosive bombast of the man plus he seems to love trucks as much as Trump himself. Oliver Stone, meanwhile, has already tackled three different presidents in JFK, Nixon and George W Bush, and his paranoid style looks well-matched to the conspiracy-theorising of the current presidency. Kathryn Bigelow looks best suited to illustrate the bruising results of Trumps foreign-policy follies. (This is the man who wants to seize Iraqs oil, lest we forget.) Mike Judge is often cited as the director whose work most eerily predicted Trumps rise with his film Idiocracy. Christopher Nolan has the dubious honour of having possibly inspired the rhetoric of Trumps own inauguration speech. And then there are the film-makers who could claim unique insight into Trumps mindset, having directed the man himself in such cinematic titans as Home Alone 2, Little Rascals and of course Ghosts Can Do It.