Veteran politician, 64, positioned himself as candidate qualified to reunite the country after divisions of Park Geun-hyes era 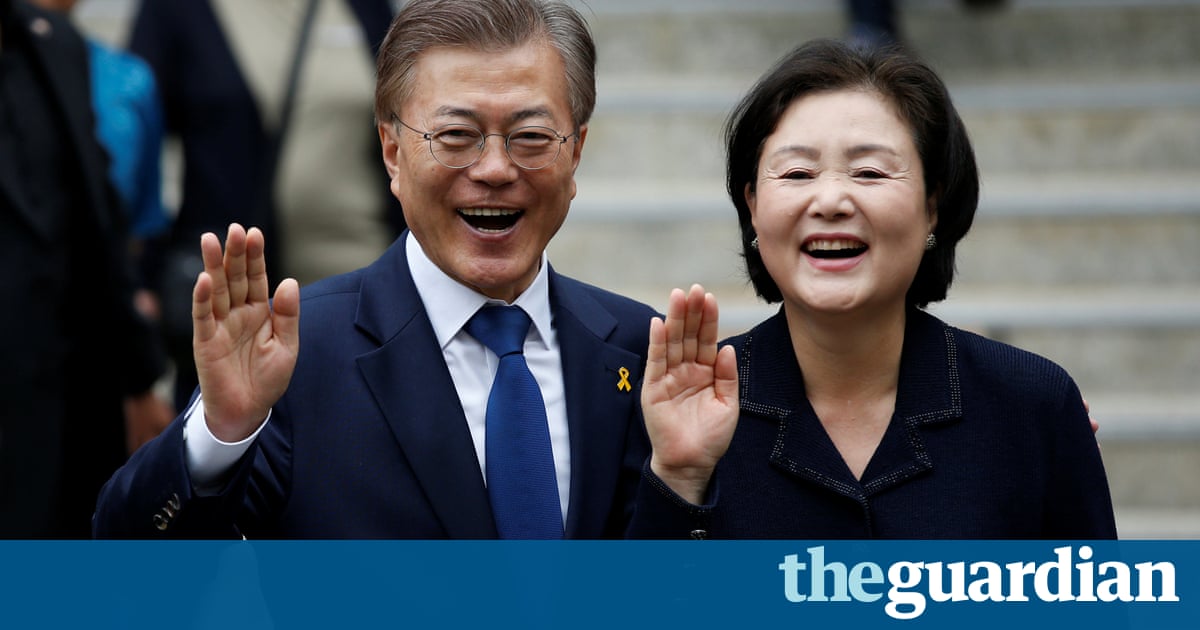 Having lost to Park Geun-hye in South Koreas 2012 presidential election, Moon Jae-in has become the chief beneficiary of the abuse-of-power scandal that engulfed his erstwhile opponent.

Moons victory in the race to the presidential Blue House in Seoul could herald an era of rapprochement with North Korea, and an unlikely meeting of minds with Donald Trump over Pyongyangs nuclear and ballistic missile programmes.

The 64-year-old left-leaning liberal positioned himself as the only candidate qualified to reunite the country after the bitter divisions that opened up over Parks allegedly corrupt relationship with her longtime friend and confidante Choi Soon-sil.

While Park sat in detention awaiting trial on charges that could lead to her being sentenced to life in prison, Moon tapped into the countrys appetite for change, opening up a double-digit lead over his closest rival, the centrist Ahn Cheol-soo.

In a month of rising tensions on the Korean peninsula over Pyongyangs nuclear and ballistic missile programmes, Moon has criticised the hard line pursued by Park and her predecessor, Lee Myung-bak, pointing out that a decade of conservative rule had done nothing to arrest the regimes nuclear programme.

Significantly, North Korea indicated that Moon was its favoured candidate, with state media recently calling on South Korean voters to punish the puppet group of conservatives associated with Park.

Eager to court the older conservative voters who consigned him to a narrow defeat five years ago, Moon has shown himself to be a pragmatist. He has stopped short of overtly criticising Trumps aggressive tone during the most recent crisis on the Korean peninsula, and has declared that he and the US president are on the same page in regarding the Obama administrations policy of strategic patience as a failure.

Working-level talks about talks with North Korea are a possibility, according to Moons foreign policy adviser, but, like Trump, he has so far ruled out a summit with Kim Jong-un unless the regime commits to abandoning its nuclear ambitions.

Although Moon was critical of Washingtons undemocratic rush to deploy its missile defence system in a South Korean village late last month, he has said only that he would review its future if elected president.

He also supports the reopening of the Kaesong industrial complex, a joint North-South project that was regarded as a symbol of cross-border cooperation until it was temporarily closed in early 2016.

Given the speculation that North Korea could be preparing to conduct its sixth nuclear test in just over a decade a move that the White House has hinted could invite military retaliation it is easy to forget that Tuesdays vote, called seven months early, was initially prompted by issues closer to home.

Moon has promised to reform South Koreas family-run conglomerates or chaebol whose shady ties to senior politicians were exposed by the Park scandal, and to address pressing domestic problems such as rising inequality and youth unemployment.

The eldest son of a refugee from North Korea, Moon can claim to have played a role in significant moments in South Koreas modern history.

As a young conscript in South Koreas special forces, he took part in a mission following the infamous axe murder incident inside the demilitarised zone in 1976.

After a career as a human rights lawyer, he served as chief of staff to the then president Roh Moo-hyun, whose pursuit of his predecessor Kim Dae-jungs sunshine policy of engagement with Pyongyang Moon hopes to emulate this time as South Koreas leader.