World Health Organisation says there were 422 million adults living with diabetes in 2014, a fourfold increase since 1980 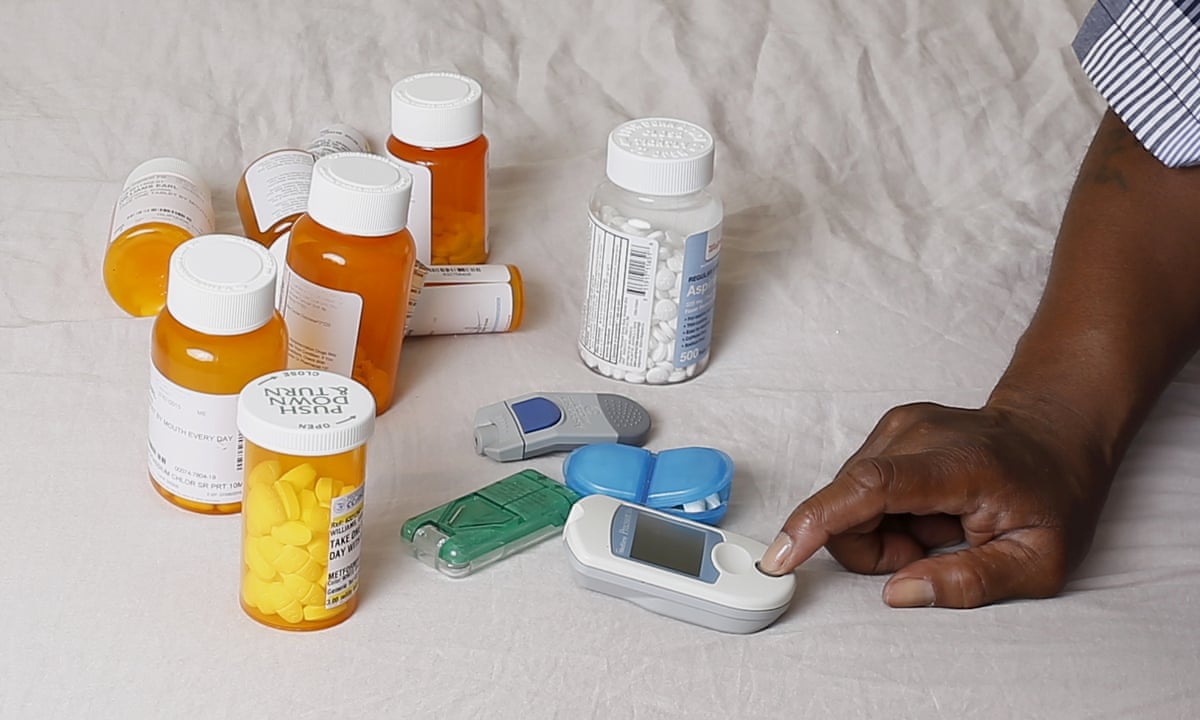 Governments around the world must act to ensure people can make healthier food choices, the World Health Organisation has said in a report (pdf) revealing a fourfold increase in global diabetes cases since 1980.

There are 422 million adults living with diabetes globally, most of them in poorer countries with limited access to treatment although the numbers are rising everywhere, says the report released for World Health Day on Thursday. That is 8.5% of the global adult population. In 1980, there were 108 million, which was 4.7%.

There are two types of diabetes. Type 1 begins usually in childhood and the causes are unclear. The big increase in numbers is in type 2, which is linked to obesity and decreasing levels of physical activity.

If we are to make any headway in halting the rise in diabetes, we need to rethink our daily lives: to eat healthily, be physically active and avoid excessive weight gain, said Dr Margaret Chan, WHO director general. Even in the poorest settings, governments must ensure that people are able to make these healthy choices and that health systems are able to diagnose and treat people with diabetes.

More than one in three people in the world are overweight today and one in 10 obese many of them in the developing countries where eating habits and activity levels are altering fast, said Dr Etienne Krug, director of WHOs department for the management of non-communicable diseases such as diabetes and heart disease.

Its changing rapidly. There are still a lot of people growing their own food in those countries but there is also a much larger urban population and also many people living in slums who dont have the space to do that and who also dont have the resources to buy healthy food or the information to do so, he said.

Diabetes can lead to heart attack, stroke, blindness, kidney failure and lower limb amputation. In 2012, 1.5 million people worldwide died from diabetes and 2.2 million more died as a result of high blood glucose levels, which can be a precursor of diabetes and increase the risks of heart and other diseases. These are often premature deaths 43% were before the age of 70, says the WHO report.

Prevention is key. WHO urges all countries to promote breastfeeding and encourage people to eat healthy food and become more physically active while discouraging them from consuming products such as sugary drinks. A combination of fiscal policies, legislation, changes to the environment and raising awareness of health risks works best for promoting healthier diets and physical activity at the necessary scale, says the report.

But more treatment, including essential drugs, is also needed. Around 100 years after the insulin hormone was discovered, the global report on diabetes shows that essential diabetes medicines and technologies, including insulin, needed for treatment are generally available in only one in three of the worlds poorest countries, said Krug.

Access to insulin is a matter of life or death for many people with diabetes. Improving access to insulin and [non-communicable disease] medicines in general should be a priority.

Insulin does not have to be expensive there are cheap versions which are just as good, Krug told the Guardian. Availability is down to what governments choose to buy, what is available and what they think they should be buying.