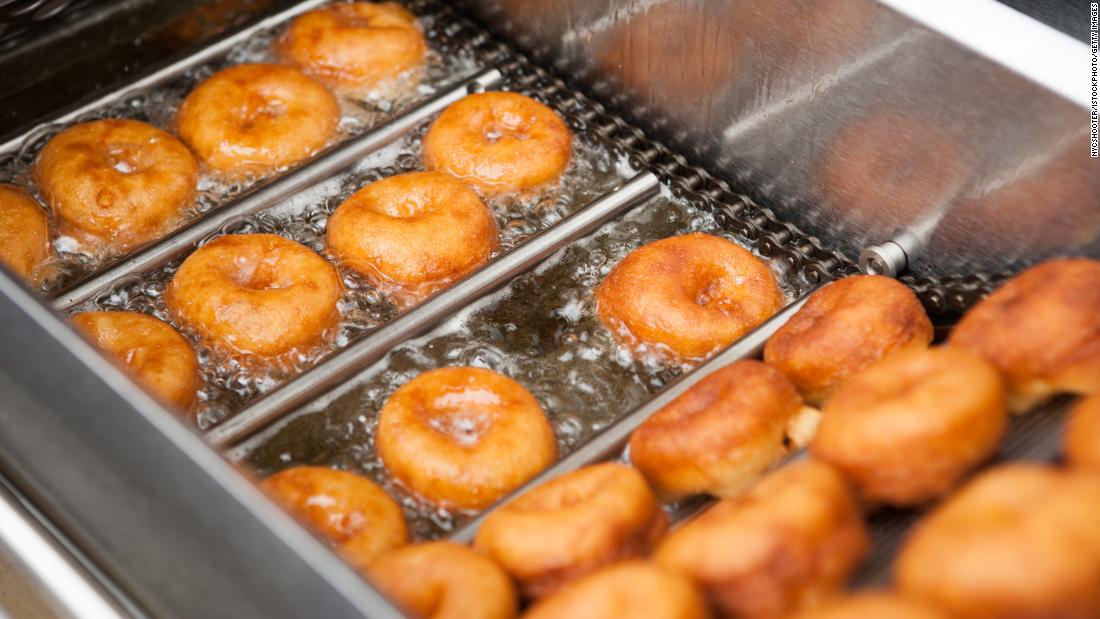 (CNN)The World Health Organization wants to eliminate artificial trans fats from the global food supply and has a step-by-step strategy on how to do so by 2023.

On Monday, the WHO launched an initiative called REPLACE that will provide guidance for all countries on how to remove artificial trans fats from their foods, possibly leading to a worldwide eradication.
“This initiative is meant to lead countries in establishing legislation to eliminate the trans fats,” said Dr. Francesco Branca, director of the Department of Nutrition for Health and Development at the WHO in Geneva, Switzerland.
Artificial trans fats, or trans fatty acids, are made when vegetable oil hardens in a process called hydrogenation. Those hydrogenated fats can be used in fried foods, snack foods or baked goods, and in products such as vegetable shortening, stick margarine, coffee creamer and ready-to-use frostings. They don’t spoil as quickly as other fats, but they can have some harmful health effects, such as raising levels of “bad” LDL cholesterol and increasing risk of heart disease, stroke and type 2 diabetes. 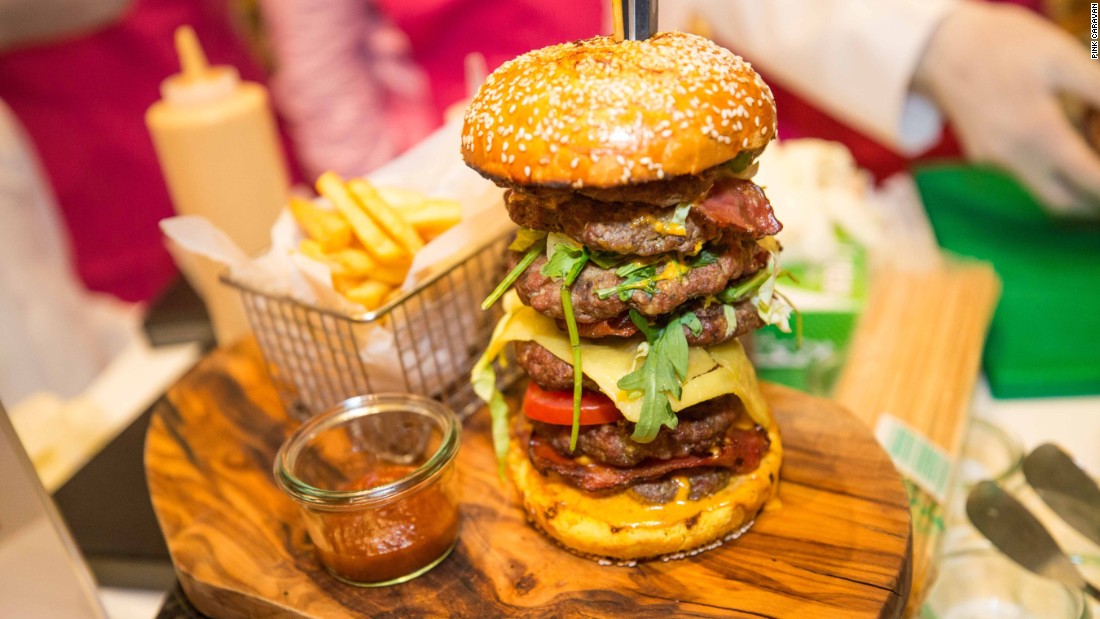 What are trans fats?

“There are countries where the risk is particularly high. In South Asian countries, they have very, very high risk of heart disease and high intakes of trans fats,” Branca said.
“There are some Latin American countries, but they’re already taking action. Mexico was a country where the intake was very high,” he said. “South Africa was having problems, but then they established legislation. It is happening in more countries in the Middle East, but the information we have is limited.”
REPLACE stands for review dietary sources, promote use of healthier fats, legislate, assess changes, create awareness and enforce.
The REPLACE package is the first time the WHO is calling for the elimination of a big lifestyle factor driving non-communicable disease, as indicated by Dr. Tedros Adhanom, director-general of the WHO, while speaking during a telebriefing on Monday.
Non-communicable diseases, also known as chronic diseases, tend to result from a combination of genetic, physiological, environmental and behavioral factors, such as diet, according to WHO. Cardiovascular diseases, associated with consuming a diet high in artificial trans fats, are an example of a non-communicable disease.
“Non-communicable diseases are the world’s leading cause of death,” Adhanom said during the telebriefing.
“WHO is committed to supporting countries to reduce the burden of non-communicable diseases.”

‘Only your heart will know the difference’

Dr. Tom Frieden, president and CEO of the public health initiative Resolve to Save Lives, led efforts to remove artificial trans fats from restaurants in New York as the city’s health commissioner between 2002 and 2009. He knows firsthand the process of taking such action.
Resolve to Save Lives, a partner of the WHO and a part of the nonprofit Vital Strategies, plans to provide assistance to countries to support the REPLACE strategies in eliminating artificial trans fats.
“What we found in New York City was that industry wasn’t really willing to fight us on this,” said Frieden, former director of the US Centers for Disease Control and Prevention.
Artificial trans fats are “easily replaceable,” he said. “You don’t need to change the taste or cost or availability for great food. Only your heart will know the difference — and that’s why the call of the initiative to become trans-fat-free by 2023 is so very important.” 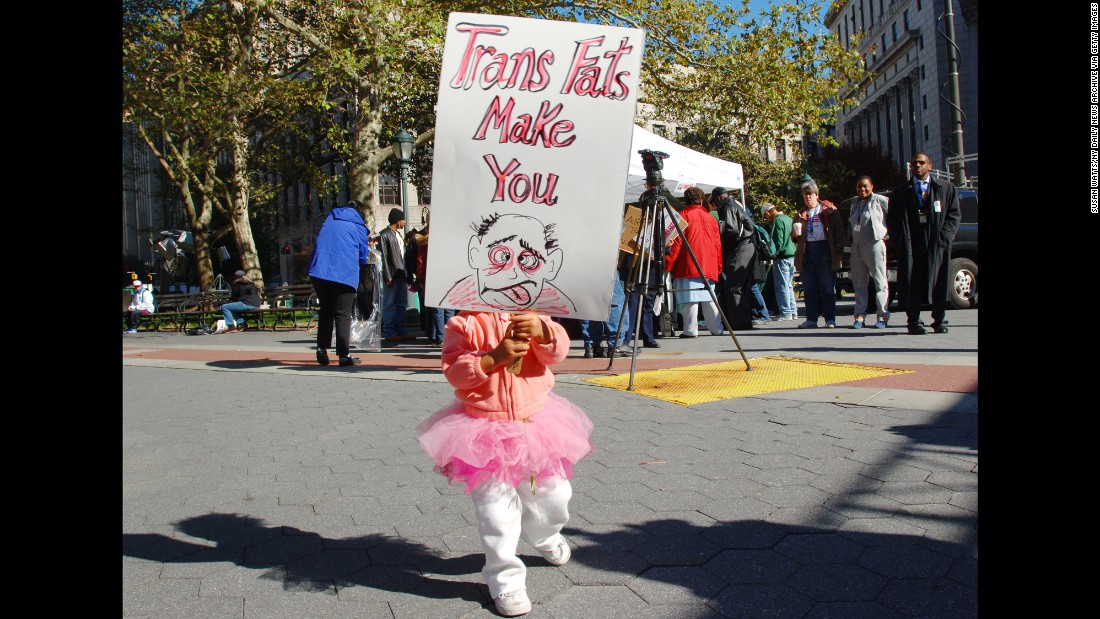 In the United States, the Food and Drug Administration has determined that partially hydrogenated oils — the main dietary source of artificial trans fats — are no longer “generally recognized as safe.” In 2015, the agency gave food companies three years to cut artificial trans fats containing partially hydrogenated oils from processed foods or to petition for a specific use of partially hydrogenated oils, sometimes known as PHOs.
The Grocery Manufacturers Association, a Washington-based trade association representing more than 250 food, beverage and consumer product companies, issued a statement Friday in response to the WHO’s efforts.
“Food and beverage companies have worked diligently and successfully to reduce the use of PHOs, and these actions have reduced PHO-related trans-fat use by close to 98%,” said the statement from Leon Bruner, the association’s executive vice president of science and regulatory affairs and its chief science officer.
The association “filed a food additive petition in October 2015 that seeks FDA approval for specific, limited uses of PHOs that are both safe and important for the production of safe food products. FDA continues to review GMA’s food additive petition,” the statement said. “It is important to remember that, even with the actions by FDA and announcement by WHO, there will always be naturally occurring trans fat in the diets that include meat and dairy products such as milk, butter and yogurt.” 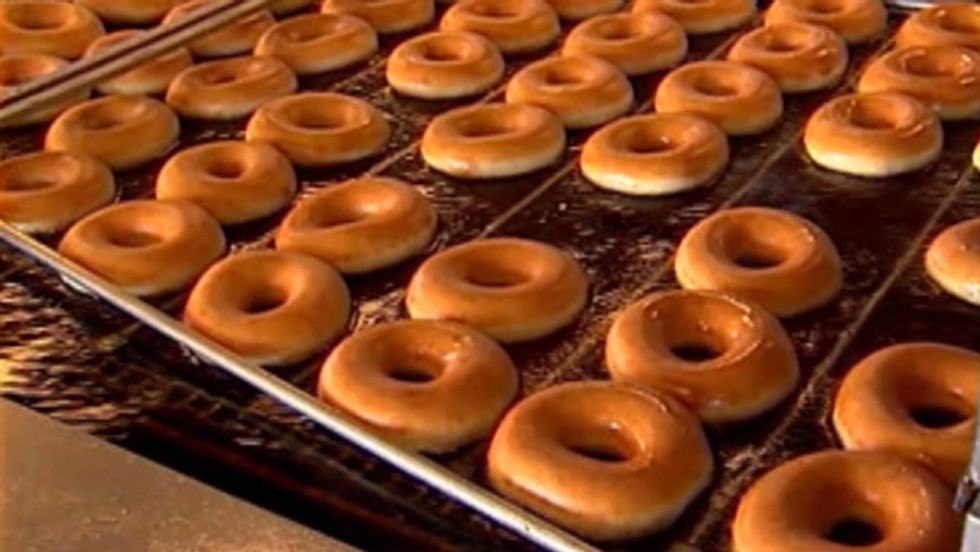 What it takes to replace trans fats

Naturally occurring trans fats are produced in the gut of some animals, and foods made from these animals, such as milk and meat products, may contain small quantities of these fats, according to the American Heart Association. Artificial trans fats are created in an industrial process.
“Really, I think it takes legislation to make a big change like that in terms of overall population health, along with policy and nutrition education,” said Lynn James, a registered dietitian and senior extension educator at Pennsylvania State University Extension who is not involved in the new WHO initiative.
“In many developing countries, they’re trying to Westernize their diets,” James said, and in the United States, “we have been a leader of — when we talk about the Westernized diet — preparing processed foods. Hopefully, we’re going to be a leader again towards eating more whole foods, such as the healthful Mediterranean diet.”
A Mediterranean-style diet involves plant-based meals of vegetables, fruit, beans and cereals. It includes plenty of fish and some poultry, but foods not included in this diet (or included in small amounts) include red meats, sweets, eggs and butter.
“When you move away from eating foods containing processed trans fats, you are also eating less sodium and added sugar, further decreasing risk for coronary artery disease, type two diabetes and Alzheimer’s disease,” she said. 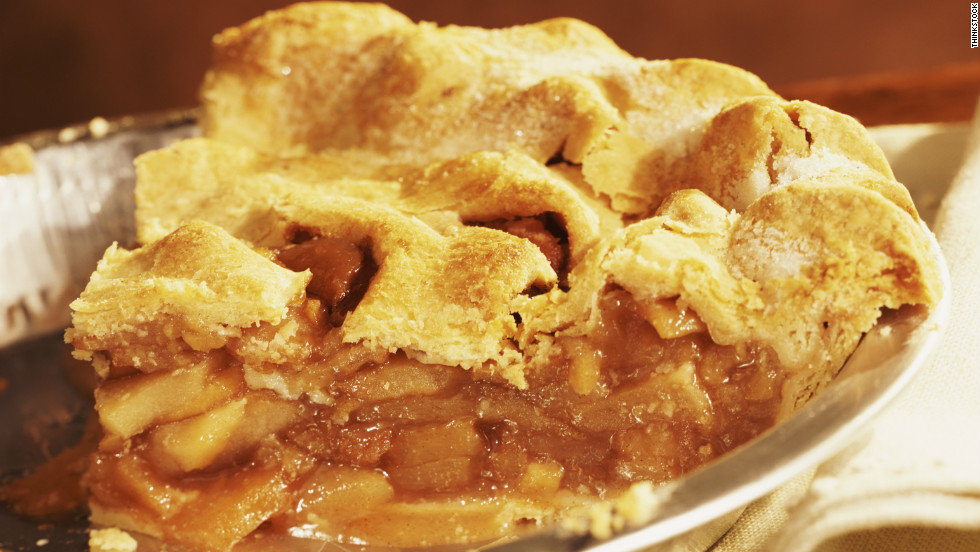 The United States isn’t the only country that has implemented trans fat legislation.
In 2004, Denmark became the first country in the world to regulate the content of artificial trans fat in certain food products, nearly wiping it out of the Danish food supply.
In the three years after that policy was implemented, deaths attributable to cardiovascular disease decreased on average by 14.2 per 100,000 Danes annually, according to a study published in the American Journal of Preventive Medicine in 2015.
Once legislation has been established in a country, the WHO’s Branca said, there must be suitable replacements of artificial trans fats made available to food companies in that nation.
“The WHO recommends to use oils rich in unsaturated fat, such as soybean oil or sunflower oil,” he said. “We need to make sure the supply of these oils is adequate for countries to use in this context.”

‘I’m confident that industrial trans fat will be eliminated’

Trans fats played a role for the food industry, said Christopher Gardner, director of nutrition studies at the Stanford Prevention Research Center and a professor of medicine at Stanford University, who is not involved in the new WHO initiative.
For instance, “they helped keep the icing on the top of a cupcake solid and prevented it from rolling off the cupcake. When trans fats get removed from the food system, the companies don’t stop making cupcakes. Instead, they find another form of saturated fat or a fat that has the properties of saturated fat,” he said. “That other type of fat may be slightly healthier than trans fat. But whatever type of fat or fat substitute it is, it won’t turn junk food into health food.”

All in all, the elimination of industrial trans fats can prevent millions of premature deaths and chronic diseases worldwide, said Dr. Walter Willett, professor of epidemiology and nutrition at Harvard T.H. Chan School of Public Health and professor of medicine at Harvard Medical School, who was not involved in the WHO initiative.
For those public health benefits to occur, however, “the WHO has no enforcement capacity, so actions will need to be carried out by national and local governments, but WHO guidelines have credibility worldwide,” Willett said.
“The food industry is not monolithic. Some parts of the industry eliminated trans fat proactively once the evidence became clear that this was harmful, but other parts of the industry are likely to resist unless they are legally forced to remove trans fat from their products,” he said. “In the long run, I’m confident that industrial trans fat will be eliminated.”