Adviser Kellyanne Conway: He is not going to release his tax returns as WikiLeaks calls for someone to leak documents so they can be published 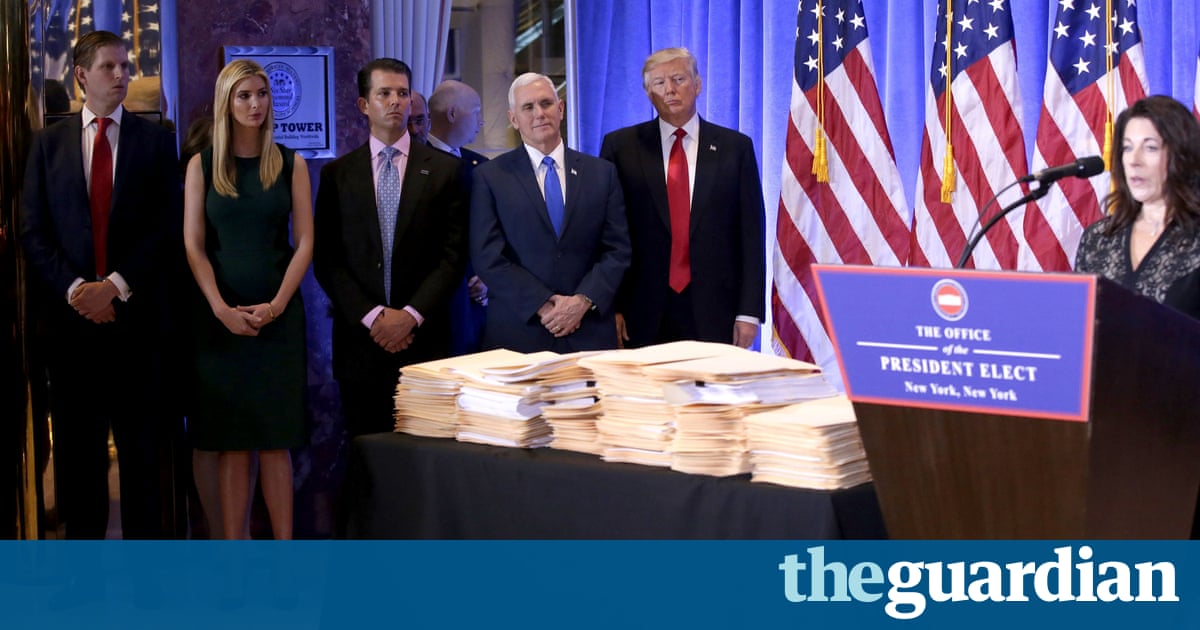 Donald Trump will not release his tax returns even after repeated promises to do so following a supposed audit, one of his senior advisers said on Sunday confirming that the president will break a 40-year tradition and not show Americans the extent of his financial interests and obligations.

Kellyanne Conway, a senior counselor to the president, told ABCs This Week the Trump administration would do nothing about calls to release the information.

The White House response is that hes not going to release his tax returns, she said. We litigated this all through the election.

The broken promise alienated WikiLeaks, which for months during the campaign released hacked Democratic emails; Trump often seized on them to denigrate his opponent, Hillary Clinton.

On Sunday, the group tweeted: Trumps breach of promise over the release of his tax returns is even more gratuitous than Clinton concealing her Goldman Sachs transcripts.

The organization then asked for someone to give it the tax returns so they could be published.

Speaking to ABC, Conway contradicted polls that show most Americans want to see the returns when she said: People didnt care.

They voted for him, and let me make this very clear: most Americans are very focused on what their tax returns will look like while President Trump is in office, not what his look like.

A petition on the White House website that calls for the immediate release of the returns and all information needed to verify emoluments clause compliance had 218,465 signatures as of Sunday afternoon.

The returns could show the breadth of Trumps financial interests around the world, including where he does business, who his partners are and to whom he owes money.

Ethics experts fear Trumps business liabilities could affect White House policy and how the president spends taxpayer dollars for instance, how he may deal with banks that own hundreds of millions of his debt, treat foreign nations that curry favor or become real estate partners, or reshape domestic policy to accommodate his interests.