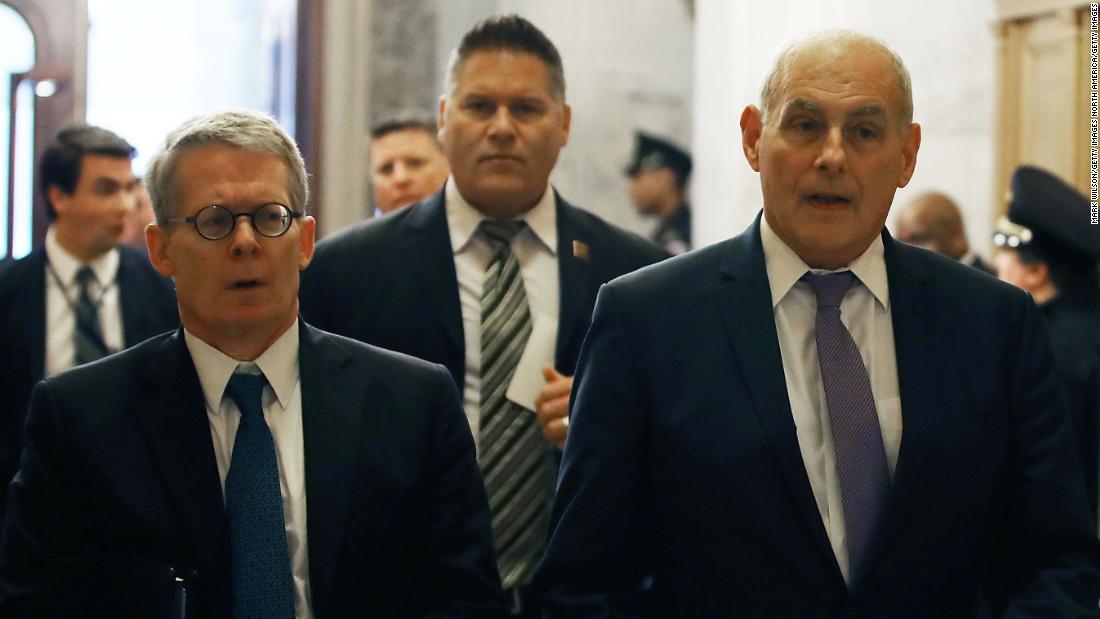 (CNN)White House lawyer Emmet Flood attended the start of two classified Justice Department briefings with lawmakers on a confidential intelligence source, adding to Democratic concerns that White House staff were taking part in the briefings on classified information that was related to the Russia investigation.

White House press secretary Sarah Sanders said Flood and Kelly were there to “facilitate meetings” between the Justice Department officials and Congress and that both men left the meetings “after making brief comments.” 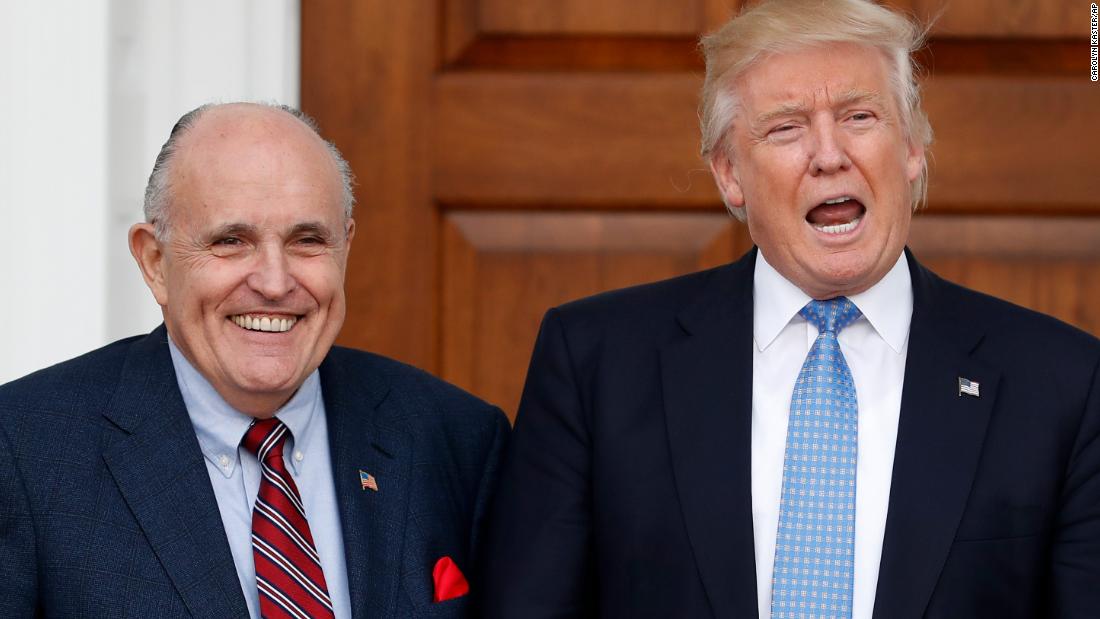 “Neither Chief Kelly nor Mr. Flood actually attended the meetings but did make brief remarks before the meetings started to relay the President’s desire for as much openness as possible under the law,” Sanders said. “They also conveyed the President’s understanding of the need to protect human intelligence services and the importance of communication between the branches of government.”
But Democrats slammed the fact that Flood was there at all.
Sen. Mark Warner of Virginia, the top Democrat on the Senate Intelligence Committee, said, “Never seen a Gang of Eight meeting that included any presence from the White House. Those individuals left before the substance of it. Unusual times.”
California Rep. Adam Schiff, the top Democrat on the House intelligence panel, called Flood’s presence “completely inappropriate.”
“Although he did not participate in the meetings which followed, as the White House’s attorney handling the Special Counsel’s investigation, his involvement — in any capacity — was entirely improper, and I made this clear to him,” Schiff said in a statement.
Schiff pointed to comments Trump’s lawyer Rudy Giuliani made to Politico on Thursday, in which Giuliani said: “We want to see how the briefing went … today and how much we learned from it.”
“If we learned a good deal from it, it will shorten that whole process considerably,” Giuliani added, suggesting the briefings could speed up the process for special counsel Robert Mueller’s team to interview Trump.
Giuliani later told CNN that he assumes Flood went to the meeting because the President wanted him there. When asked if Trump told him that, Giuliani said no but that it’s a safe assumption.
Giuliani also said that learning about the confidential source is a prerequisite for any special counsel interview with the President.
He defended Flood’s attendance at the briefings Thursday.
“I can’t understand why it is inappropriate for White House counsel to be there. Maybe it would be for me, or Jay [Sekulow] but not the person representing the President inside the White House,” he said.
Senior Justice Department and intelligence officials met with the lawmakers Thursday in a bid to end the standoff between House Republicans and the Justice Department over a confidential intelligence source in the Russia investigation.
RELATED: Nunes, in spat with Justice Department, threatens Sessions with contempt over Russia materials
It’s still not clear whether the pair of meetings — which became chaotic affairs over repeated changes to the invite list, time and place of the classified briefings — would satisfy House Intelligence Chairman Devin Nunes, who has threatened to hold Deputy Attorney Rod Rosenstein in contempt of Congress for not providing the documents he’s seeking related to the confidential source.
The Trump administration officials met at noon at the Justice Department with Nunes, House Speaker Paul Ryan, South Carolina GOP Rep. Trey Gowdy and Schiff. Then they went to a separate 2 p.m. briefing on Capitol Hill with the bipartisan “Gang of Eight,” the Republican and Democratic leaders of the House and Senate and the Intelligence Committees.
Nunes and Gowdy both declined comment after their briefing. Ryan said in a statement afterward that the Intelligence Committee was “now getting the cooperation necessary” to complete their work.
“I look forward to the prompt completion of the intelligence committee’s oversight work in this area now that they are getting the cooperation necessary for them to complete their work while protecting sources and methods,” Ryan said in a statement.
RELATED: 5 easy steps that explain just how out-of-bounds Donald Trump’s FBI move really is
Schiff said in a statement on behalf of the Gang of Eight Democrats, “Nothing we heard today has changed our view that there is no evidence to support any allegation that the FBI or any intelligence agency placed a ‘spy’ in the Trump Campaign, or otherwise failed to follow appropriate procedures and protocols.”
President Donald Trump and his conservative allies have claimed that the FBI was using the confidential source to spy on the Trump campaign, although US officials have told CNN that the source was not planted inside the campaign.
But the briefings themselves over the source became the latest political confrontation in the Russia investigation after the White House initially only had invited Republicans to the Justice Department briefing on the confidential source.
Democrats demanded to receive the same briefing. After the White House initially said it would hold that second briefing two weeks later, the administration agreed late Wednesday to give the “Gang of Eight” briefing the same day. And in a sign that the partisan tensions continued to simmer, Schiff was a late add to the briefing given to the House Republicans.
The lawmakers were briefed by Rosenstein, FBI Director Chris Wray and Director of National Intelligence Dan Coats. The first meeting was held at the Justice Department while the “Gang of Eight” briefing was on Capitol Hill.
Nunes and Schiff were seen heading into both meetings.
Republicans have argued that they need the classified information as part of their oversight work on the FBI and Justice Department’s handling of the investigation into Trump and Russia. The request for the latest documents are the latest in a series of subpoenas to the Justice Department for sensitive information.
Democrats have argued that the briefings never should have happened in the first place, charging that Republicans were seeking information in order to undercut special counsel Robert Mueller’s probe.
“The White House’s plan to provide a separate briefing for their political allies demonstrates that their interest is not in informing Congress, but in undermining an ongoing criminal investigation,” Warner said in a statement.
“If they insist upon carrying out this farce, the White House and its Republican allies in the House will do permanent, longstanding damage to the practice of bipartisan congressional oversight of intelligence,” Warner said.