An unusual number of the National Security Councils more junior officials are looking to depart, due to concerns about incoming advisor Michael Flynn 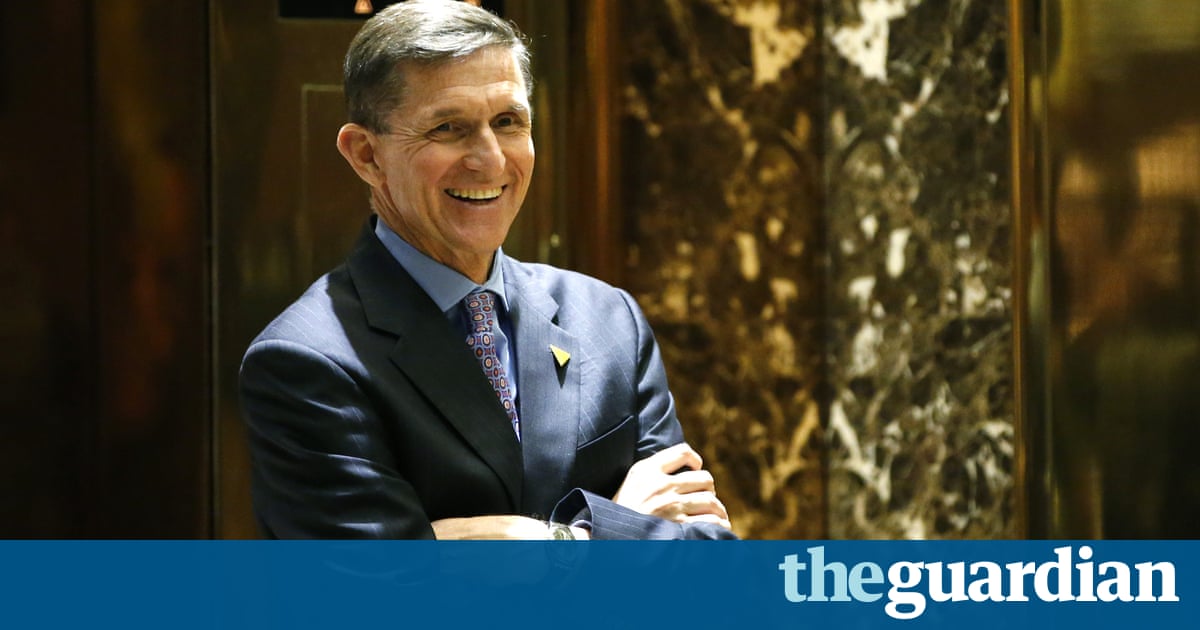 The White House is struggling to prevent a crippling exodus of foreign policy staffers eager to leave before the arrival of the Trump administration, according to current and former officials.

The top level officials in the National Security Council (NSC) are political appointees who have to submit resignations and leave in a normal transition. The rest of the 400 NSC staff are career civil servants on secondment from other departments. An unusual number of these more junior officials are now looking to depart.

Many are concerned by a proliferation of reports about the incoming national security adviser, Michael Flynn. On Wednesday the Washington Post reported that Flynn had improperly shared classified information with foreign military officers. On the same day, CNN reported that the former DIA chief had this week deleted a tweet he had sent out a few days before the election that linked to a fake news story suggesting Hillary Clinton took part in crimes against children.

Career people are looking get out and go back to their agencies and pressure is being put on them to get them to stay. There is concern there will be a half-empty NSC by the time the new administration arrives, which no one wants, said one official.

The official added that the landing team sent to the NSC Trump representatives who are supposed to prepare for the handover to Trump appointees have been focused on issues of process, how the office functions, rather than issues of substance involving an explanation of current national security threats and the state of the world the new administration will inherit.

The Trump transition team in New York did not respond to a request for comment. The current NSC spokesman, Ned Price said in an email: The administration has undertaken its national security transition planning with the utmost rigour and seriousness in order to effect the most seamless and responsible transition.

Price added: We have been working since this spring to assemble a broad variety of transition material focused on critical national security challenges as well as NSC organizational issues and the NSC-led interagency policy process. The NSC staff also is offering to the incoming team in-person briefings and discussions with current NSC leadership and staff, and is coordinating statutorily-required interagency homeland security exercises that will include both incoming and outgoing national security leadership from departments and agencies, as well as senior career public servants who will provide continuity through the transition.

It is not clear how many of the incoming team have taken up the offer of personal briefings. Flynn himself has been meeting a steady flow of foreign diplomats in New York in recent days. He met the UK national security adviser, Mark Lyall Grant, over the weekend, and French presidents diplomatic adviser, Jacques Audibert, a few days earlier.

It is unclear how much contact there is between the embryonic policy teams in New York and the landing teams in Washington, however.

Most of the folks I have talked to at the three agencies: DoD (department of defence), state and White House, claim they have little or no interaction with these teams to date, Julianne Smith, a former deputy national security adviser to vice-president Joe Biden, said.

There are very important substantive hand-offs that need to be occurring, that are in fact not happening. That is creating added concern about the career civil servants who are in these agencies, wondering what they are in for.

Smith, now director of strategy and statecraft at the Center for a New American Security, added: Many of them are starting to look at other options, some of the younger people are looking to switch careers, return to graduate school, try and go abroad. I have seen and met with a lot of these people and there does seem to be an unusual level of worry and concern and fear.

It could be hard for NSC staffers detailed (seconded) from other departments to return to their former positions ahead of schedule. That would require the agreement of their managers and could harm long-term career prospects. Those that do leave however, will leave vacancies that are hard to fill. Their replacements would have to be drawn from career civil servants at other agencies, as the White House does not have the budget to fund the posts if they are filled by political appointees. As a result the process of filling the empty posts could take months. Ultimately, Republicans want to reduce the NSC to 200 staff, but it would have to be restructured if it is to be cut in half.

An understaffed White House is one potential risk right now and another is having a team that hasnt had the substantive briefing they need from the current team for the hand off, Smith said.

Reports from the state department suggest most of its staff are taking a wait-and-see to the prospect of having the ExxonMobil oil executive, Rex Tillerson, at the helm. On Thursday, most of the Democrats on the House foreign affairs committee wrote to the current secretary of state, John Kerry, offering his staff protection against a witch-hunt by the new administration against civil servants who worked on Obama policies Trump wants to reverse. The letter was sent after the energy department refused to hand over to the Trump transition team a list of names of staffers who had worked on climate change.