A year on from the Observer expos, what has really changed for Facebook and its users? 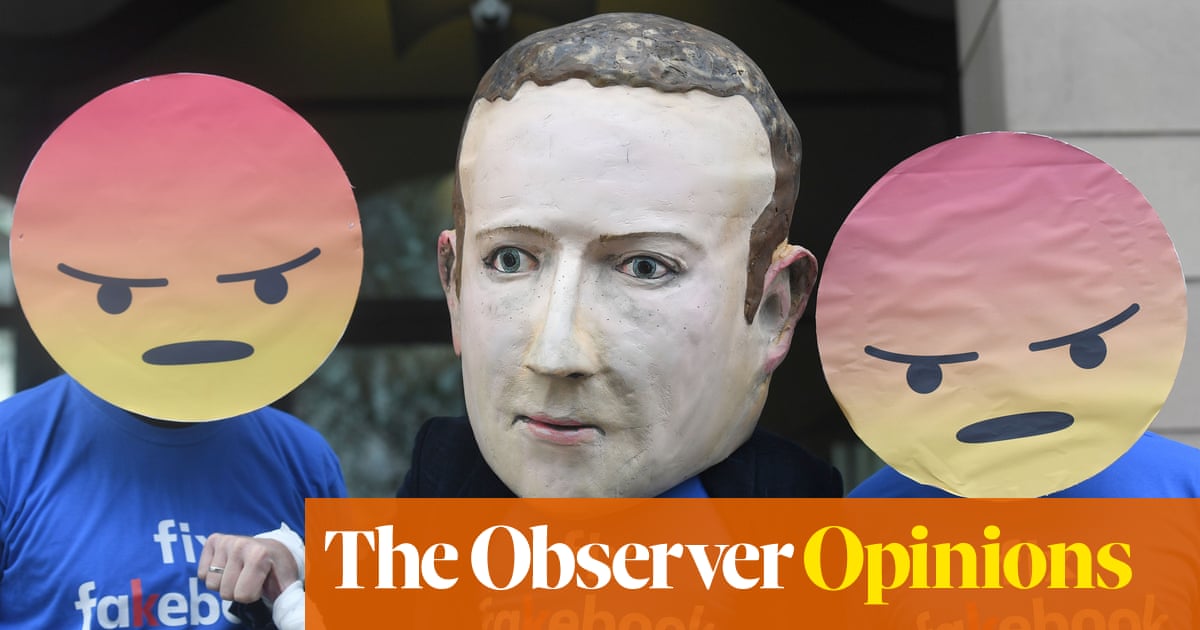 The Cambridge Analytica revelations, the most damning of which were published by the Observer and the New York Times a year ago, quickly morphed from a scandal about a British political consultancy into one about Facebook, the social media behemoth.

It was not the first or last of Facebook’s many crises, but has been the most consequential for the company and for the future of data privacy. The exposé, which revealed that Cambridge Analytica had harvested the personal information of around 87 million Facebook users and used it for political purposes, triggered congressional and parliamentary hearings, multiple regulatory investigations and a fundamental rethink of Facebook’s future.

To the crises that have engulfed the company, we now need to add the horrific live broadcast of the shootings in Christchurch. (Facebook launched its livestreaming service in 2016.) And, though Cambridge Analytica itself has disappeared – declaring bankruptcy after being deluged by a wave of global ignominy six weeks after the stories were published – its name has become synonymous with the disreputable use of personal data.

Within days of publication of whistleblower Chris Wylie’s disclosures, members of Congress were calling for Mark Zuckerberg to appear before them. Britain’s Information Commissioner’s Office, which had started an investigation into the use of data in campaigning the previous May, launched a raid on Cambridge Analytica’s offices less than a week after the Wylie reports appeared, and broadened its already sweeping review.

The US Federal Trade Commission began its own inquiry into Facebook’s privacy practices. By the summer, it had been joined by the US justice department, the Securities and Exchange Commission and the FBI. Not wanting to be left out, Australia’s privacy commissioner kicked off a formal investigation that April and India’s Central Bureau of Investigation followed suit in July.

The UK’s culture, media and sport select committee, already examining fake news, changed tack and began digging deeper into Facebook’s role in the Cambridge Analytica affair. Last month, it concluded that Facebook was a “digital gangster” whose business model was based on gathering personal data for profit. Personal data was, for Facebook, equivalent to a currency – the company would give it to app developers in exchange for new and improved apps on the platform. Cambridge Analytica might have breached the company’s conditions, as Facebook claimed, but the model – partner with us and we will give you personal data in return – was baked into the company’s DNA.

Facebook itself looked stunned when the Cambridge Analytica story broke. Having initially failed to block it using legal scare tactics, it sat in a holding pattern for days. The news came out on a Saturday and by Wednesday Zuckerberg had still not said anything. Even when he finally broke his silence it was to announce a classic avoidance tactic – an audit of what went wrong.

Part of the reason Facebook was dumbstruck must have been because it could not understand the fuss. But Zuckerberg is a fast learner and quickly realised this time was different. This scandal was too global to ride out. So he began what, for him, has become something of a ritual. The Zuckerberg apology tour. He apologised to the Senate, to the House of Representatives, to Facebook’s users (though pointedly not to the British parliament).

Initially, his response seemed to work. Facebook’s share price rallied following his congressional appearances. Its users continued to grow – by more than 120m during 2018 – and the #deleteFacebook campaign failed to snowball. Yet by the end of the year it was pretty clear that many people’s attitude towards Facebook was changing.

A Pew Research study found that four in 10 Facebook users it surveyed were taking breaks from checking the service for a few weeks or more. In the US, user growth had stagnated and the company’s reputation had plummeted.

By early 2019, the data was telling Zuckerberg that Facebook, the company he founded and which was now pulling in more than $55bn a year, had peaked. If he wanted his empire to grow, and wanted something he could pass on to his children, he would need to reassess the company’s future. He would need – in Silicon Valley corporate-speak – to pivot.

And pivot he did. Less than a fortnight ago he announced that Facebook would drop one of its two founding principles – to make the world more open – and put all its efforts into the second: to make the world more connected. With all the chutzpah he could muster, Zuckerberg pronounced “a privacy-focused vision for social networking”. But how much has actually changed? Facebook has a history of making commitments, especially about privacy, and then not keeping them. In 2011, the Federal Trade Commission documented a series of promises Facebook made and did not keep (failure to keep them may be about to cost it billions).

On top of which, Zuckerberg has not said anything about abandoning the micro-targeted ad model that has made Facebook almost all its money. As regards legislative change, though regulators have investigated and fined the social media superpower, lawmakers have dragged their feet. It may be that politicians and political parties are already too addicted to the digital campaigning tools to constrain themselves just yet. And, while a trickle of people have left Facebook, this has yet to become a flood and many are simply migrating to Facebook subsidiaries, Instagram and WhatsApp.

Parliamentarians, regulators and all of us who use social media can no longer claim to be ignorant about how these platforms make their money. As Zuckerberg said to Senator Orren Hatch last April: “Senator, we run ads.” Ads that are sold on the basis of intimate personal information that Facebook has gathered about people like you and me. Whatever the future of Facebook and social media after the Cambridge Analytica revelations, one thing has been lost for ever: our innocence.

• Martin Moore is the author of Democracy Hacked: Political Turmoil and Information Warfare in the Digital Age and a senior lecturer at King’s College London