After this latest massacre, we are all complicit when we look the other way. And noone is more complicit than the president himself 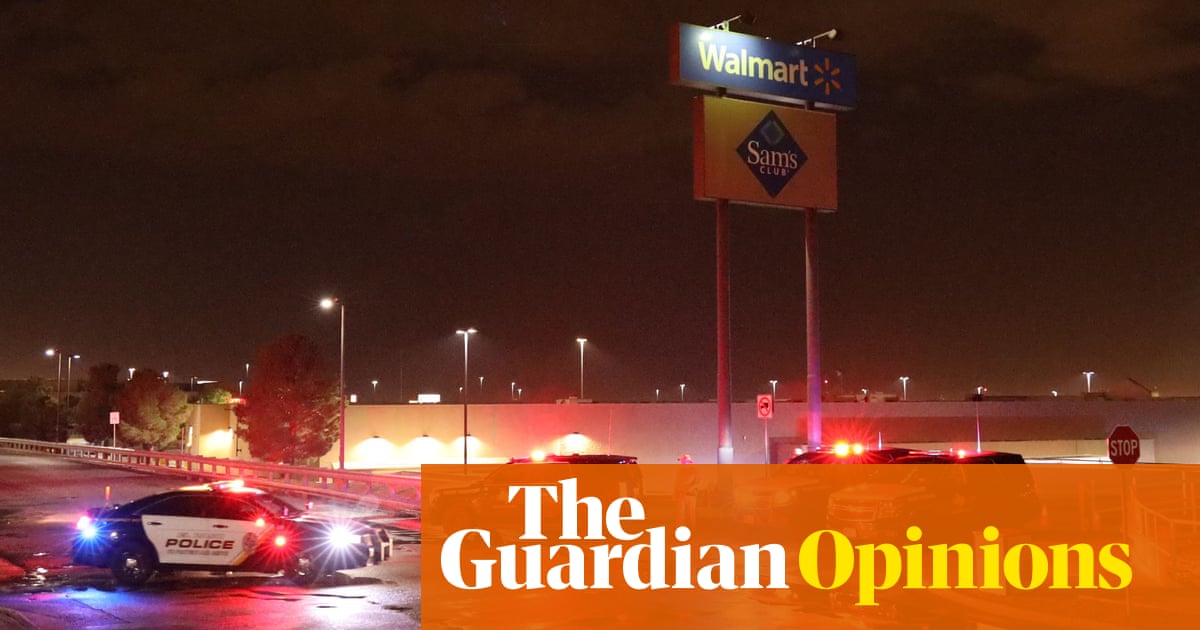 In a bloody weekend that assured two back-to-back mass shootings, a white male gunman left at least 20 people dead in a Walmart in El Paso, a majority Latino border town. Minute before the attack on Saturday, the suspect, Patrick Crusius, published a 2,300 -word manifesto, which was filled with white nationalist language and racist hatred toward immigrants and Latinos:” This attack is a response to the Hispanic invasion of Texas” he wrote.

The media, and Americans generally, are urgently wanting to make sense of yet another young white male mass shooter. And nothing Donald Trump has done or advocated for has remotely stemmed the epidemic of mass shootings since he took office. We should be treating online alt-right and white supremacist radicalization with the exact same seriousness with which we treat online jihadist radicalization. Regrettably, we are far from do that.

After serial bomber Mark Anthony Conditt, a young white man, killed three innocent strangers in Austin, Texas, then injured a police officer as he blew himself up, the Austin police chief called Conditt’s gruesome suicide video” the outcry of a very challenged young man talking about challenges in his personal life that resulted him to this point “. For its part, the New York Times told readers that the Austin killer was ” an intense loner who grew up in a tight-knit, deep religious family, according to friends and neighbours “. Similarly, in its headlines, FoxNews.com reminded readers about Conditt:” Austin package bomb victim remembered as boy who’ could have accomplished anything ‘.”

There is a sharp rejection mixed with a racialized empathy for these young white murderers, and the empathy is often telegraphed through flattering commentary on their intellect and technological knowhow. This commentary echoes the early media coverage of the Columbine school shooters, avowed white racists who perpetrated the worst mass school shooting at the time, in 1999. The media marveled at the young white shooters’ “skills”. They reported on Eric Harris’ participation with a” program for gifted and talented children” and noted that Dylan Klebold” helped maintain the school computer server. He also built his own home computer “.

How do we attain entailing of young white male killers? What cognitive and rhetorical gymnastics are necessary from Americans to disavow these” native sons” even as we bend over backwards wanting to understand them? The political rhetoric that produces these murderers, and our yearn to empathize with them as human being, is full of racial dog-whistles.

These murderers know what they are doing. With pathos and cunning, they utilize the press in the execution of their crimes. The mainstream media fetishizes the killers’ social “alienation”. They do deep dives into the killers’ online writing. The media extensively quoted Dylann Roof’s blog, the Last Rhodesian, as well as Conditt’s blog, Defining My Stance, as if combing through a philosophical tract for thoughtful reflection and insights. The implication? These children have interesting and worthwhile and culturally resonant standpoints, and certainly more so than, say, the viewpoints of a drug trafficker, who happens to be Latina. Their social media posts, blogs and video diaries deliver a meta-commentary, that helps manipulate how their crimes are discussed in public debate.

Based on my anthropological research of majority-white communities, I believe the increasing atomization, privatization and segregation of suburban environments outcomes in precarious communities and more loneliness among many suburban white youth.

At a hour when they are going through a demographic decline, white male youths are increasingly developing their sense of self and belonging through digital media, as opposed to, say, through traditional institutions like the church and quality schools. The profound social changes they are experiencing attain these young men susceptible to white nationalist ideology- and the Trump administration is doing far too little to take this threat seriously.

This year, there have been at least 32 fatal shootings with three or more victims in the United State. In the aftermath of a recent killing, the FBI director, Christopher Wray, said that he has focused on stopping violence rather than ideology: one can guess anything one wants, Wray said, but being violent is what gets the FBI’s attention. Yet while the Trump administration has shown little interest in stopping extreme racist ideology, they haven’t had much success in preventing the spate of white-nationalist motivated crimes either.

Days after the Tree of Life synagogue massacre in Squirrel Hill, Pittsburgh, I attended a private community healing meeting, alongside the Pittsburgh mayor, Bill Peduto. I offered a presentation for local activists, rabbis, progressive philanthropists and community members about extreme violence and white patriotism. “Moderates” and “apolitical” people should now know: there can no longer be any innocent “bystanders” when it comes to this extreme racial violence. After this latest massacre, and all the other recent rightwing shootings, we are all complicit when we look the other way.

We should be treating online alt-right and white supremacist radicalization with the same seriousness that we treat online jihadist radicalization. The problem is not only poor gun control. It is the refusal of the Trump administration to confront the white nationalist ideology that inspires violence. If the administration were serious about security, it would name and fight this problem, which is only growing since the president took office.

Rich Benjamin is the author of Searching for Whitopia: An Improbable Journey to the Heart of White America