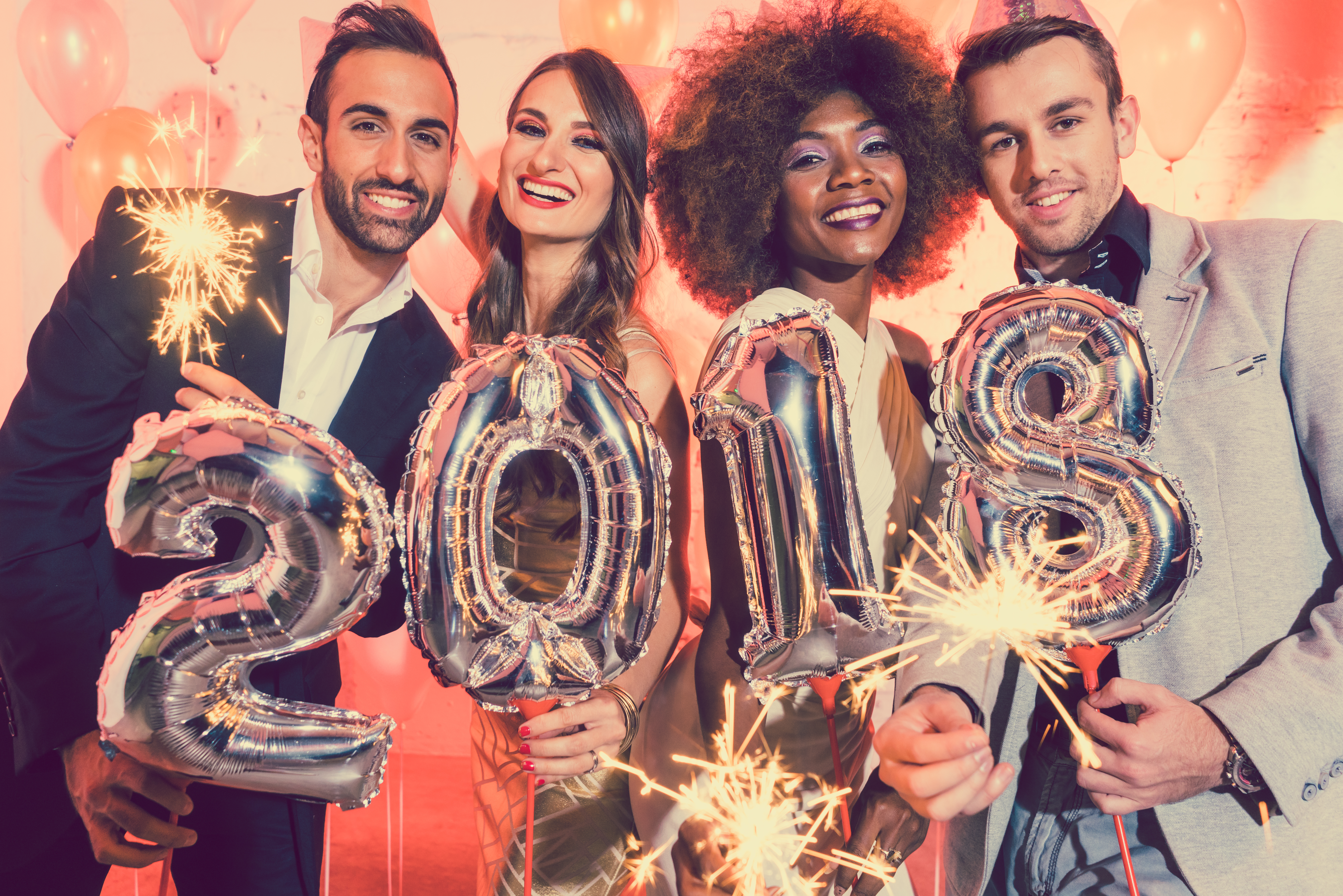 “New year, new me!” – Literally everyone for the next two weeks. It’s inevitable that you’re going to be spending a lot of time over the next two weeks drinking to make family functions tolerable reflecting on the garbage year that was 2017, and making plans for the garbage year that is to come. The year of realizing stuff was a full two years ago, and I think it’s safe to say that 2017 was the year of being anxious about stuff, but what does 2018 have in store? Well, there’s only one way to know, and that’s to take a hard look at what was accomplished in 2017 and follow it up with a detailed list of quarterly goals that you will hold yourself accountable for in 2018.

JK. It’s time to consult the stars and plan out your life based on whatever it is they say. Fucking duh.

2018 is going to be the year of accomplishing stuff for you, Aries. And look, it’s not all going to be easy. If Kim Kardashian’s iPhone game taught us anything, it’s that going from the D-List to the A-List takes fucking work. You have a year of turning down fun shit to do productive shit ahead of you, Aries. But don’t worry, it’ll all be worth it when you start killing it so hard you get Insta verified and you score an invite to the Met Gala.

I know it’s hard to imagine, Taurus, but it is time to forgive Amy from your second grade class for starting that (actually true) rumor you peed your pants at her birthday party. Yes, Amy is probably still a bitch, but looking through your elementary school best friend’s brother’s Instagram to stalk her and make fun of her ugly newborn decision to have a family is not a productive use of your time. That’s right, this is the year of getting over stuff for you, Taurus. TBH, it’s been a loooong time coming.

As a Gemini, you change personalities more often than a contestant changes looks, so who will you be this year, Gemini? The business bitch. That’s right. This year you will feel a sudden motivation to get your finances in order, and you should def answer that call. Who knows when you’ll feel like learning wtf a 401K is again. Follow this road as far as it’ll take you. It’s the year of investing in stuff for you.

No more Mrs. Nice Cancer! This year you are going *off* on everyone and everything that you used to not say shit about because you didn’t want to deal with the drama your truth bombs would bring. Sorry world, we’re leaving giving a fuck in 2017. This is the year that you take the reigns of your own life, and stop pretending to like people’s shitty selfies just because you can tell how thirsty they are. This is your year of ruining stuff and, honestly, we’re excited for you.

I have some bad news for you, Leo. There is haterism in your future. It’s not your fault you’re so popular, but you know what they say, haters gonna hate. But don’t worry, as long as you keep a cool head and focus on your own awesomeness (which has never been hard for you in the past, TBH), you will come out on top, as long as you remember that 2018 is the year of letting stuff slide. Yes, you might catch a subtweet from a coworker who’s just mad because you’re more fun at happy hour than her, but no, you should not reply via company-wide Slack detailing all the reasons she has no friends. Take that shit to the GroupChat where it belongs.

The stars and planets are giving you a full brain blast this year and no, it’s not just your Adderall prescription. Basically, you’re going to be a genius this year, so you might as well put that hyped up brain to good use. If you don’t, you run the risk of becoming that bitch in your friend group who is always exhausted from having to explain shit. This year of learning stuff means that things like branching out, starting a Pinterest project, or taking a class in something random won’t actually be awful. In fact, it will keep you sane while your dumbass friends try to figure out wtf “net neutrality” means.

Red alert to your entire friend group, Libra: You’ve been bitten by the honesty bug this year. For whatever reason, you just cannot see the value of lying about shit just to make people feel better anymore. It’s the year of being honest about stuff for you, and yes, that might mean you lose a friend or two along the way, but TBH, cutting people out is all the rage these days anyway. It’s like Marilyn Monroe said, “If you can’t handle me at my brutally honest, you don’t deserve me at my two-faced bitch.”

Scorpio: Get Fit As Shit

2018 is bestowing upon you a fuckton of extra energy, and what better way to use that energy than to finally, actually, get on your fitness? Sure, everybody and their childhood frenemy says they’re going to get fit for New Year’s, but you like, actually are going to, because this year is all about health stuff. I’m actually jelly.

Guess what, Sag, you have some travel in your future. That’s right. The desire to GTFO will take you far and wide this year, so we are declaring it the year of exploring stuff. If you don’t already have one, look into one of those nice-ass credit cards with travel points so you can hop on a plane easier than you hopped on a d freshman year (it’s cool, you were exploring shit then, too). But please, do not get any Chinese symbols, Sanskrit phrases, or the word “wanderlust” tattooed anywhere on your body. If you need to immortalize your travels, do it on Insta. Trust us.

Capricorn: Focus On Your Shit

Let’s be real, Capricorn. In 2017 you were distracted af. It’s not all your fault. Everything was kind of fucked, but this year it’s time to refocus. This year you’re going to set goals and like, actually remember and follow through on them. Maybe it’s time to get one of those bullet journals Pinterest people are so obsessed with to aid in your year of focusing on stuff. Also, it’s time to preemptively cut out any distracting fuckboy relationships that will dull your shine this year. After you get them to pay for you on NYE, of course.

2018 is going to turn you into a low-key entrepreneur, and TBH, you don’t hate it. This year will be the year of the side hustle for you, Aquarius, so you should probably get that Squarespace account all set up. Whether it be an Etsy store for your line of subtly sexual cross stitch, or a line of alcohol themed essential oils, your desire to hustle stuff is strong in 2018. Embrace it. You could invent the next fidget spinner.

Pisces: Be Zen And Shit

“Ommmmm”—literally you, every day this year. You’re about to become that person in your friend group who went to one yoga class and changes her name to Shavasana. Embrace it. While everybody you know is going to be stressed af, you’re going to be clocking in hours on your favorite meditation app, detaching yourself from the material world, or whatever. Spiritual stuff is going to take control of your life this year and, honestly, it’s going to turn you into a legit good person, at least for this calendar year.