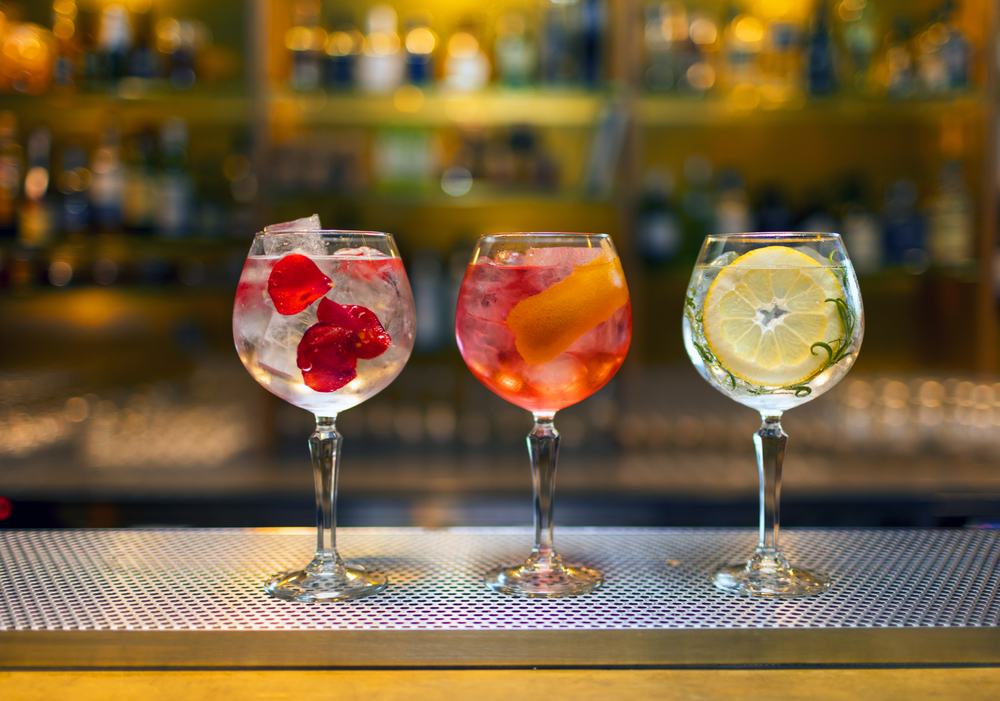 As we all know, what you order at the bar can say a lot about who you are as a person.  Wine drinkers are classy, vodka soda people are probably counting calories, and if you order a Long Island Iced Tea you’re def looking to hide from a troubled past. These are just like, the facts when it comes to cocktail preference, but what about the liquor that goes into those cocktails? We all know at least one WGG who won’t shut the fuck up about whiskey, so obviously the liquor you choose to drink says a lot about your personality (in the case of the whiskey chick, that you’re annoying AF). While you already know that the giant frozen marg you just ordered is signaling to all the world that you are extra, what does your home liquor cabinet say about you, other than that you’re a low-key alcoholic who needs to have access to intoxicating beverages at all times. Sure, you can judge someone by their cocktail order, but why not take the judgment all the way to the liquor that goes into the cocktailor more accurately, the liquor that is poured directly into your mouth via shot glass? Please enjoy responsibly.

With Cinco de Mayo rapidly approaching, all the betches are going to be asking for tequila. It’s versatile in the fact you can take it as a shot or put it in a margarita, and, well, that’s pretty much it. Tequila is great for holidays, spring break, and nights you feel like blacking out and losing friendships. We’ve all been there. But if you’re the girl who orders tequila on the regular, you’re probably the biggest hot mess in your friend group who gives the least amount of shits about earning that title. There’s a reason “Tequila Makes Her Clothes Fall Off” is a thing. Your friends might talk some shit about how they’re “concerned for your health,” but that’s probably just because they’re jealous AF that you can push all your inhibitions aside and have a good time. Even if it often ends with you waking up in a jail cell.

Some might say you’re basic for ordering the same type of shot since high school, but those people can go fuck themselves. As we previously mentioned, vodka sodas are the healthiest least terrible mixed drink you can order as far as calories go. And if taking vodka shots is your chosen way to pregame, it’s probably because you’re efficient and you know what gets the job done. You’re looking to get the most amount of drunk while taking in the least amount of calories, and we respect the hell out of that. Ordering vodka doesn’t make you basic, it makes you classic. Classic vs. basic is like the difference between Audrey Hepburn and the girl that only posts selfies with the puppy Snapchat filter.

Ordering rum on vacation is one thing, making it a habit is another. Let’s face it, if you need your liquor to be super sweet just so you can choke it down, you’re probably a little immature. It’s like people who take their coffee with so much milk and sugar it looks like a hot chocolate. Not to say you have to order scotch to be taken seriously, but no one thinks the girl drinking straight Malibu at the party is about to graduate law school or become a CPA. Like, sure, I’ll order a rum and coke so I can sing R. Kelly’s “Ignition Remix” in my head while feeling like I’m giving myself diabetes, but that’s a “It’s summer and I just got a text back” thing, not an every day thing.

We’ve said it once, and we’ll say it againthe girl ordering whiskey at the bar is 20 times more likely to say she prefers to hang out with guys because they’re less drama. Like fuck off, seriously. You’re trying to prove that you’re tough enough to chill with the bros like a bro, but also DTF because, obviously, playing lawn darts for six hours was a ploy to make out with your partner. The exception to this rule, of course, is if you’re from the South. Then it’s perfectly acceptable to down Jack Daniels because it’s part of your culture. I’m pretty sure they put that shit in baby bottles down there. Otherwise, you’re just signaling to everyone that you’re afraid of female friendships, desperate, and all these calories will go straight to your thighs.

We’ve all read that study by now that says a person who likes gin is probably a sociopathit has something to do with people who like bitter flavors being crazy because bitter taste is a sign of poison in nature. Anyway, I’m not going to go as far as to say you’re a total psycho, but choosing gin at the bar probably means you’re a little insecure. You don’t want to go for vodka because it will make you seem basic, yet anything else will make you seem like you don’t care about calories. As Ron Swanson says, “Clear liquor is for rich women on diets.” So, you, basically.

The girl who orders scotch isn’t actually a girl at all. She’s a 70-year-old man who has somehow taken over the body of a young woman. Did you need a scotch to help bring out the flavor of your imported Cuban cigar? C’mon. Get out of my face with that shit. Scotch is only for people who have somehow severely damaged their tastebudsI’m assuming in some freak World War II accident.

You’re probably a bit of a hipster, because bourbon is the new craft beer. You heard it here first, folks. Similar to whiskey, you’re probably trying a little to hard to seem casual if you have to order bourbon. Like, I get the appeal. Bourbon has to be made in Kentucky so it’s a little more exclusive than plain old whiskey. Plus, if you’re real fancy, you can claim that you can tell the difference between bourbon and whiskey, even though everyone around you knows you’re full of shit. The Kentucky Derby is Saturday so if you don’t know how to feel pretentious while getting wasted yet, Saturday is your chance to try it. Wait, Cinco de Mayo is Friday and The Derby is Saturday? Fuck. Prepare your liver!