The World Wide Web is 27 years old, which means it’s in the dead-rock-star phase of its life. Between all the trolls and wasted time, it’s almost worth wondering if the universe would be better off had the magic of cyberspace never existed in the first place. What if — for reasons of aesthetics or sheer human stubbornness — the internet never caught on and the world was deprived of Donald Trump’s tweet game?

#7. Pneumatic Tubes Would Be Freaking Everywhere

In a world without electronic mail, chances are you’d have the Looney Tunes factory music stuck in your head 24/7. This is the world we missed, a world jam-packed with so many tiny plastic tubes that modern cities would look like hamster-Futurama. For those who have no idea what I’m talking about here, take a look at this old-timey array of vacuum tubes: 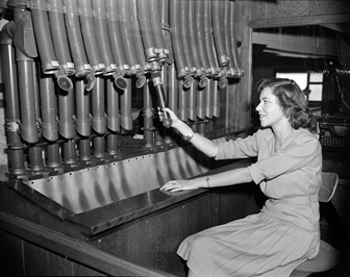 Even back then, there’s still an 80 percent chance she’s getting a dick pic.

Tubes! Invented in the early 1800s, the act of launching information at the speed of compressed air has since been reserved for bank tellers and potato aeronautics. But believe it or not, pneumatic chutes were still considered to be on the up-and-up as late as the mid-1990s.

In other news, electric penny-farthing sales are booming!

As email was secretly winding back for the death blow, companies like Ascom Communications and Pevco Systems were envisioning a “high-tech” world where fax machines and telephone calls were replaced with elaborate in-office suckage conduits. And thanks to shiny new computer technology that allowed flow trackage and braking systems, it seemed like this $50 million industry was only getting started. As Wired prophesied, entire neighborhoods and cities would someday be entangled by a literal series of tubes reaching every household — the likes of which would dwarf the once-thriving underground pneumatic systems of New York and Paris. That’s right: Imagine if, instead of sitting down with your laptop, you relied patiently on an embedded wall chute to tell you the latest movie times and deliver such fine articles as “6 Celebrity Telegraphs That Backfired Horribly.”

Although this steampunk vision of the future ultimately failed to come to fruition, the irony is that the technology’s intended evolution looks surprisingly familiar. Specifically, the historical assumption that giant pneumatic plumbing would someday be used to transport people. 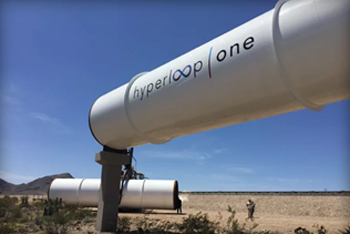 #6. Mobile Communication Would Look Like A Dick Tracy Cartoon

For a lot of people, the move from landline abominations to sophisticated mobile phones was only a matter of time. One 1995 Newsweek article titled “The Road Ahead” literally predicted a world of “applications” and voice-activated “wallet PCs” that would “let you read or send electronic mail and faxes, monitor weather and stock reports, and play both simple and sophisticated games.” Other, less astute predictions saw us checking our missed calls on our wrists: 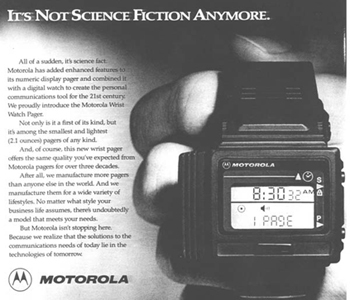 Welcome to 1990, and the dawn of bulky pager wristwatches. As we approached the new millennium, the paging industry seemingly had nowhere to go but up — as projections placed over 33 million beepers in our pockets by the year 1997. As the president of the then-largest paging company, PageNet, heartbreakingly put it in 1993: “This is a very exciting time for the paging industry.”

Turns out there’s very little need for a $300 wristwatch that uses radio frequencies to tell you when to drive to the office and check your voicemail. In fact, with its bloated, techy design, one of the biggest logistical problems was simply that most people didn’t want to replace a fashion accessory with something that could just as easily fit in your pocket. Because only an idiot would base an entire product launch off of Dick Tracy comics.

With a dash of Futurama.

So what was the future of communication if mobile phones never made it? I got two ridiculous sing-songy words for you:

“Yes, we are calling World War II technology ‘the future.'”

Aw, yep. Until being utterly dominated in the industry, there was apparently a time in which the electric two-cup-and-a-string system considered taking on mobile phones as the leading source for on-the-go communication. That means there’s a parallel universe somewhere out there where Jack Bauer is battling terrorism and poor range quality. And speaking of TV …

#5. Without The Internet, Television Would Be Fucking Awful

The excruciatingly-slow-rollout promise of Google Fiber has teased a distant utopia in which humankind has cast its bonds from cable television and flown free into the shimmering arms of Netflix and/or the desperate, gropey tentacles of Hulu. It’s almost sickening to imagine what television would be like without the internet to take it down a notch — but it turns out that it’s not so different than this very moment, if you imagine this very moment as being immensely frustrating. 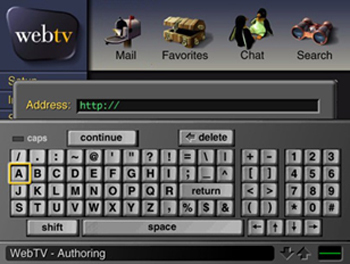 “Let’s lay it out like a normal keyboard, which people are familiar with, but put it
in alphabetical order because we’re Microsoft.”

This is WebTV, a Microsoft-bought concept that nearly went bankrupt before it was even launched and limped along for a surprising amount of time before ultimately being rebranded and shelved. And, keep in mind, it still required the internet to exist. Rewind back to 1994, and Time Warner was cooking up an internet-free, bulkier turd called the Full Service Network — which cost $4,500 each and resembled a rain-damaged mini-fridge. 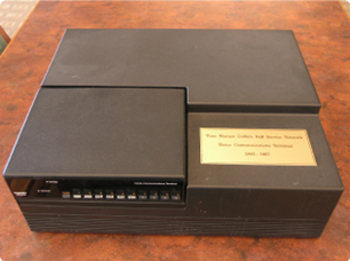 “If you think you’re frustrated with your service now …”

After two years of preparation and development, Time Warner unleashed 4,000 of these terminals into a neighborhood in Florida. Their purpose? Everything from ordering Pizza Hut to playing shitty video games to receiving coupons and tickets via an attached printer next to your television. There was even a 3-D “interactive mall” for users to shop while immersing themselves in abominable ’90s graphics of equally abominable ’90s mall architecture. Despite having the decorative appeal of a severed horse torso, the Full Service Network was so freaking cowabunga that the L.A. Times published an article telling people they’d be stupid not to invest money in it.

And had an alternative not come along, they would have been right — as multiple companies were working on this same advanced TV concept. 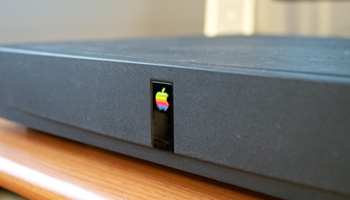 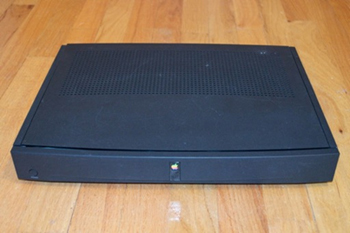 “Your power switch, channel buttons, and volume control have all been
needlessly consolidated into a single, internal toggle switch. Enjoy.”

Everyone say hello to the Apple Interactive Television Box, a precursor to Apple TV and yet another contestant in the sad, internet-less race to ultimately nowhere. Like its counterpart, the mid-’90s system was tested in 2,500 homes before disappearing a year later — and somehow this isn’t the most embarrassing attempt from these future innovators … 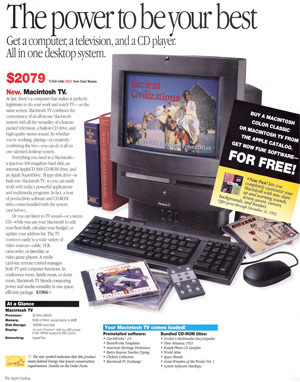 They could only be expected to ride the Apple II Oregon Trail bundle for so long.

That’s fucking correct: For over two grand you could be enjoying a computer that not only plays CDs but can double as a cable box! TAKE OUT A SECOND MORTGAGE NOW!

I mentioned earlier that Newsweek ran a surprisingly prescient article about the future of cellphones, which is a considerably less impressive achievement when you realize the same publication has thrown out more wayward bullshit than a blind rodeo custodian.

According to an article from 1995, there was no way the web would ever replace newspapers or the written word on account of bulky computer size, slow connection speeds, and a fundamental lack of direct human interaction. It was hilariously naive in its low technological expectations and high regard for human companionship — and yet even the optimistic predictions failed to see past this thinking. Take, for example, what non-naysayers envisioned as the next logical step in reading:

In what sounds like the working title to a dystopian young adult film, “the last book” refers to an MIT project using digitized ink technology to create a simulated bound novel with contents that can be electronically changed. So instead of the obvious Kindle-style tablets we have now, these were conceptualized as full-sized books with individual microchips on every page. Because, according to one of the scientists, having a single screen would cause you to “lose your previous page.” While that sounds amazingly dumb today, keep in mind that trying to design an ebook in the 1990s is like trying to design TruckNutz in the 1790s. And then, someone else at MIT was working on this:

“Now your neighbor can steal newspapers from all over the world!”

Yup, there was a project called Fishwrap that used databases to create a personalized, “made-to-order” newspaper that students could then print out to read like regular papers. So in that brief and hilarious window, the future of reading was either traditional books printed electronically or electronic words printed traditionally — which means you’d be likely reading this on the grimiest e-magazine in the history of bathroom entertainment.