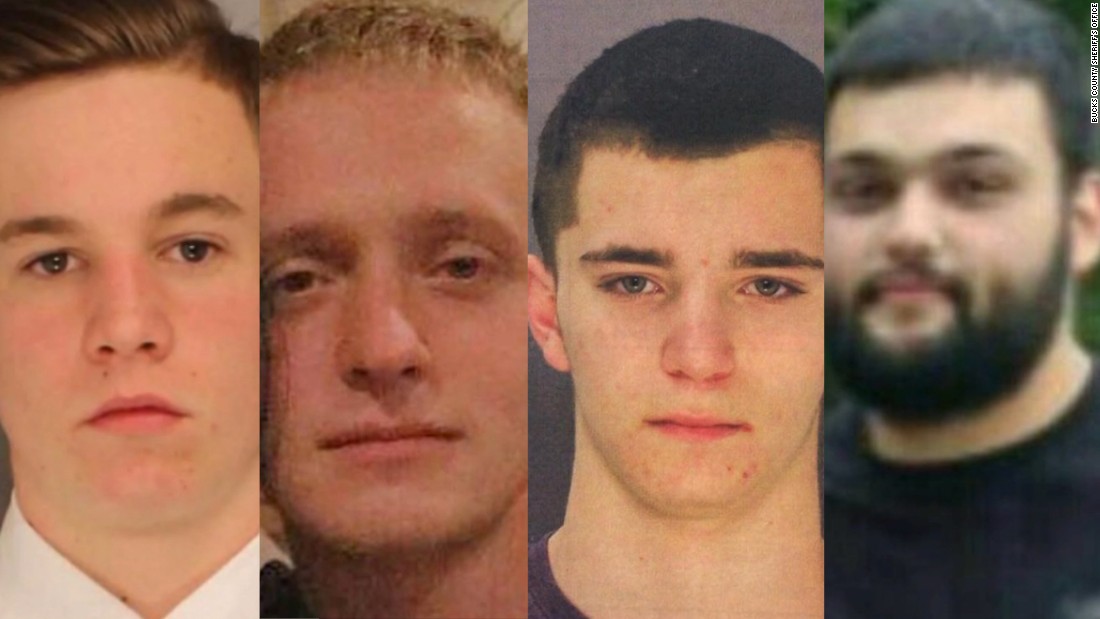 (CNN)Two cousins have been charged in connection with the deaths of four missing men in Pennsylvania, after police found remains on a property owned by the family of one of the suspects.

Where are the four men?

What we know:
Finocchiaro’s body was found Wednesday in what authorities described as a 12.5-foot-deep “common grave” on a 90-acre property in Solebury Township in Bucks County. “This is a homicide, make no mistake about it,” Bucks County District Attorney Matthew Weintraub said. 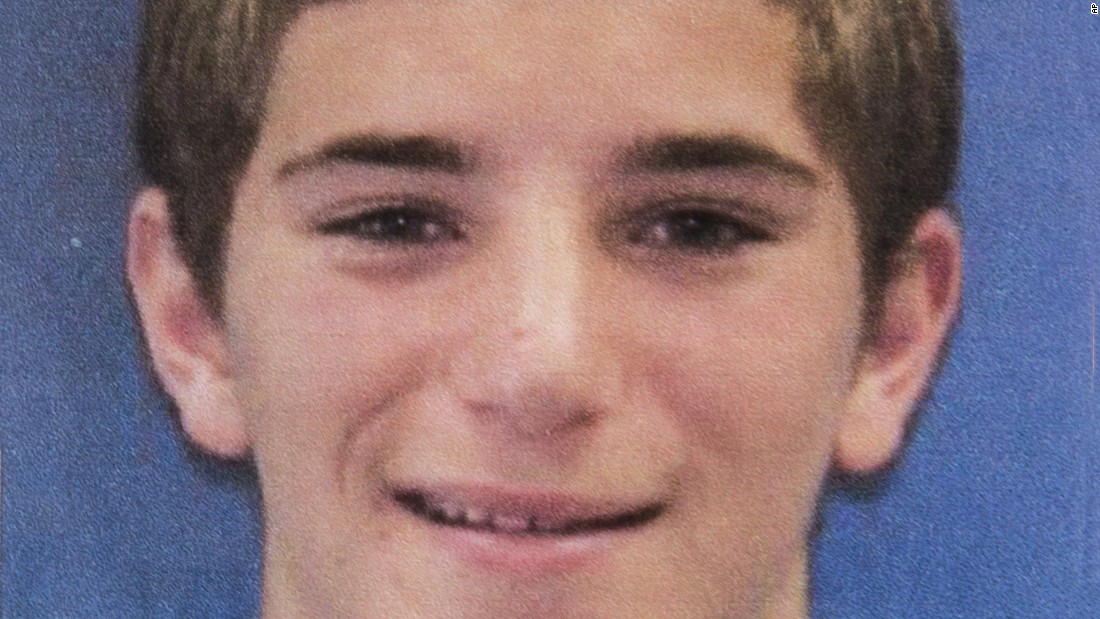 Local and state police and the FBI had embarked on an “all hands on deck” foot-and-air search of the farmland, which is owned Antonio and Sandra Dinardo. Cadaver dogs led authorities to the common grave.
Meo’s 1996 Nissan Maxima, with the title inside, was found Sunday around 4 a.m. ET, on a nearby property owned by the Dinardos, Weintraub said. Also found in the Nissan was Meo’s insulin kit for treatment of his diabetes, which the the district attorney said he “never went anywhere without.”
Investigators also recovered the bodies of Meo and Sturgis in the “common grave” on Wednesday, according to the complaint. Patrick’s body was found in a separate grave late Thursday.
What we don’t know:
The reason the four victims were targeted.

Who are the suspects?

What we know:
Cosmo Dinardo, 20, of Bensalem Township in Bucks County, admitted “his participation or commission in the murders of the four young men,” said his attorney, Paul Lang.
Dinardo was charged with four counts each of criminal homicide, conspiracy and abuse of a corpse as well as with robbery and a weapons charge, documents show. 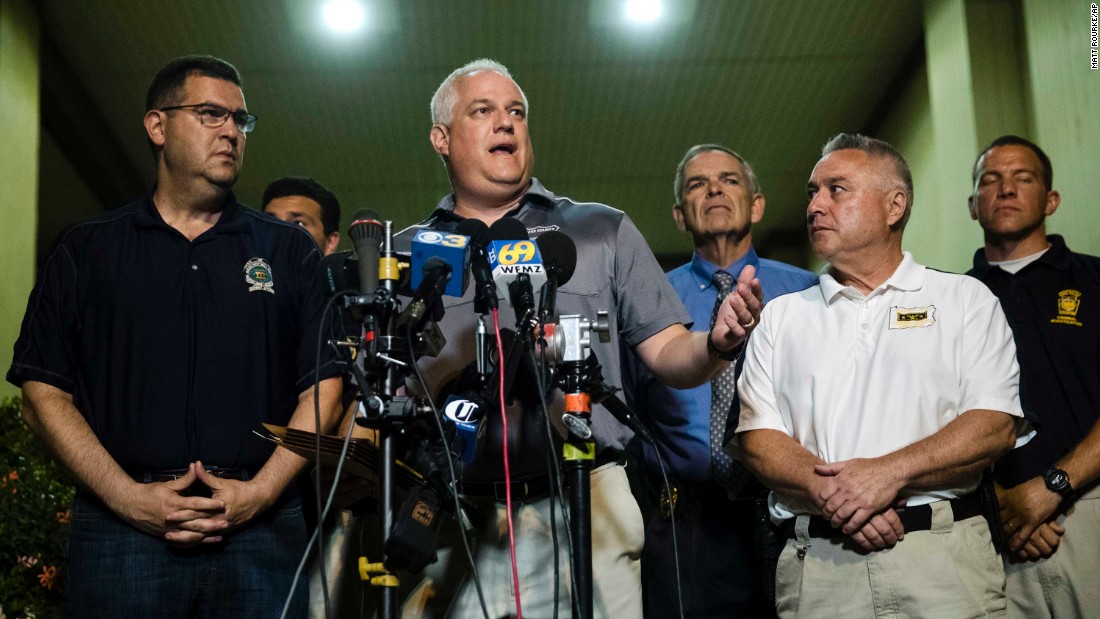 Dinardo has been in custody since Wednesday afternoon after he was accused of stealing and attempting to sell Meo’s car. He tried to sell the car to a friend for $500, a criminal affidavit states.
The keys and vehicle title, which had not been legally exchanged, were folded up and hanging on the wall inside the garage of the property, the affidavit states.
Dinardo was previously arrested Mondayon a charge of possession of a firearm, an offense dating to February unrelated to the missing men, Weintraub said. He was prohibited from possessing a firearm because he had a mental illness and had been involuntarily committed to a mental institution for inpatient care, court documents said.
Dinardo’s father paid 10% of his $1 million bail in cash, and he was released Tuesday evening.
Sean Kratz, also 20, was charged with three counts each of criminal homicide, conspiracy, robbery and abuse of a corpse as well as a weapons charge, according to documents.
The charges relate to the killings of Patrick, Meo, Sturgis and Finocchiaro.
What we don’t know:
Weintraub said he is “satisfied that based on the evidence” at hand, the two alleged killers are in custody, but that position could change with the discovery of additional evidence.

How were the men killed?

What we know:
The killings took place in three separate incidents. The men came to Dinardo’s property because they had been promised marijuana, according to a probable cause affidavit.
Patrick was shot and killed on July 5, and Dinardo allegedly used a backhoe to dig a 6-foot-deep hole and bury him, the affidavit states.
On July 7, Dinardo allegedly picked up Kratz, and they planned to rob Finocchiaro, the affidavit states. They shot and killed Finocchiaro and then placed him in a metal tank that Dinardo referred to as the pig roaster, Dinardo said, according to the criminal complaint.
Shortly after, Dinardo and Kratz allegedly planned to pick up Meo and Sturgis, take them to the large property and then rob them. Dinardo told police that he shot Meo in the back, and as Sturgis started to run away, Dinardo shot Sturgis, killing him.
Dinardo then drove the backhoe over Meo and “basically crushes him,” Kratz told police, according to the complaint. Dinardo allegedly used the backhoe to lift their bodies up and put them in the metal tank with Finocchiaro’s body, according to the complaint.
Dinardo allegedly poured gasoline into the tank and lit it, the complaint says. Dinardo and Kratz returned to the property the next afternoon and used the backhoe to dig a hole and bury Finocchiaro, Meo and Sturgis, the complaint says.
What we don’t know:
Who’s telling the truth? Dinardo said that Kratz shot Finocchiaro in the head with a handgun that belonged to Dinardo’s mother, according to the criminal complaint. But Kratz told police that Dinardo was the one who shot Finocchiaro.

How did investigators find the final body?

What we know:
Dinardo on Thursday confessed to his involvement in the slayings, according to his attorney. In exchange for that confession, prosecutors agreed not to seek the death penalty against him.
What we don’t know:
It’s not clear why Dinardo cooperated. “I don’t know what convinced him (to confess),” Weintraub said. “I’d like to think that he wanted to help us get these boys home.”

Did the four men know each other?

What we know:
Sturgis and Meo worked together at Sturgis’ father’s construction company and were good friends, according to a criminal complaint, citing Meo’s mother.
Patrick and Cosmo Dinardo, whose parents own the farmland, graduated from Holy Ghost Preparatory School a year apart from each other, school spokesman Bill Doherty said.
Dinardo and Kratz are cousins, the criminal complaint states.
What we don’t know:
It’s not known how Finocchiaro is connected to the alleged killers or the other victims. Patrick’s relationship to the other men is also unknown. The four victims were only connected insofar as they agreed to meet Dinardo to buy marijuana, according to the affidavit.