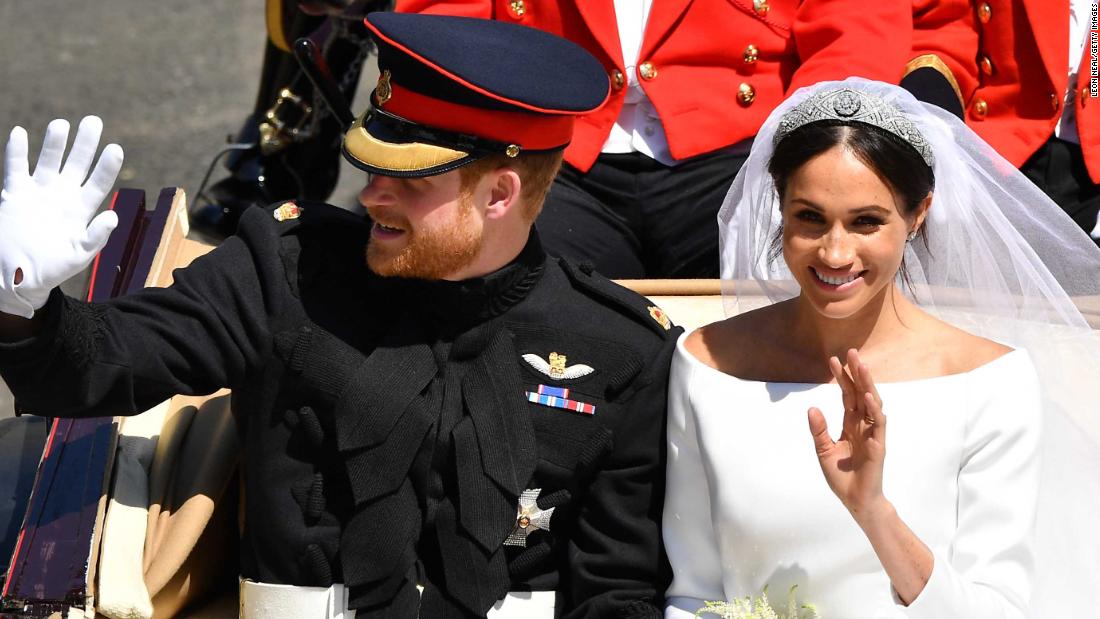 (CNN)The royal family and President Donald Trump could not be less alike when it comes to custom, etiquette and breeding.

Britain spent the weekend wallowing in the paraphernalia of a lost Empire, exporting its real-life fairy tale of princes and duchesses, castles and a class hierarchy presided over by a monarch, who in the words of the national anthem is “victorious, happy and glorious.”
The royal wedding, a poignantly joyful ceremony with a jolt of diversity, given the new Duchess of Sussex’s mixed race American background, was beamed to a world that craved a good news story.
“Two young people fell in love and we all showed up,” said African-American bishop Michael Curry in a stemwinding sermon that shattered the English emotional reticence typified by the royal family that its younger generation is trying to dilute. 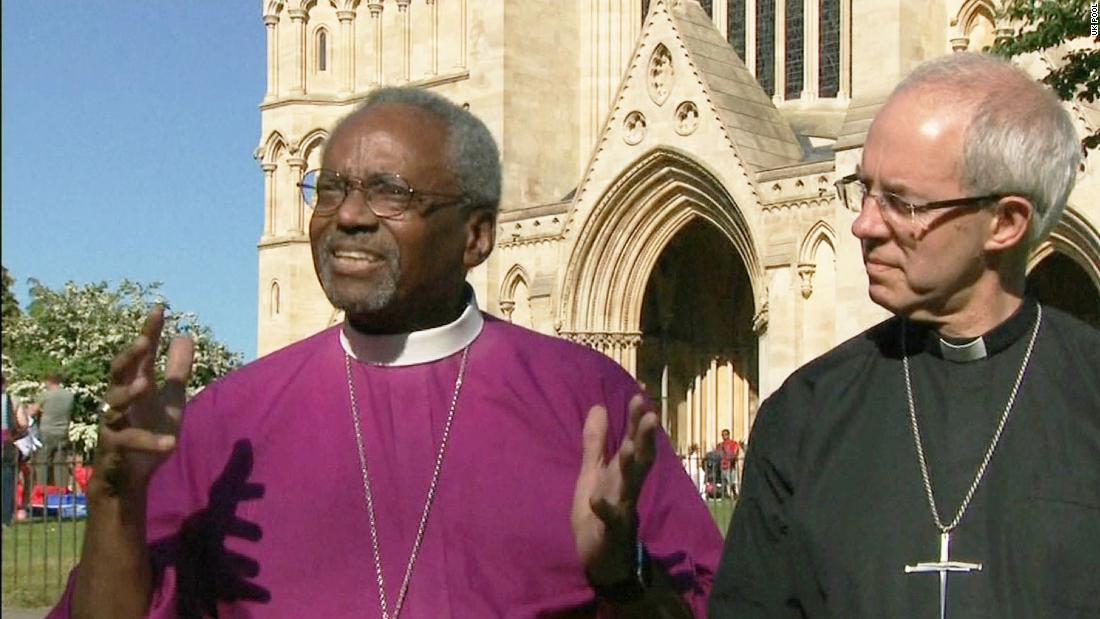 Bishop: People were happy and joyful

There’s not been much victory or glory for Britain lately. It’s trudging through an existential crisis over its exit from the European Union — a prospect that splits the nation and was ignited by the 21st century political time bomb issue in Western society — immigration.
It’s a process that could tear the United Kingdom apart given pro-Europe sentiment in Scotland, and represents its gravest national challenge since Adolf Hitler’s armies massed on the other side of the English Channel in 1940.
Much was made of how Meghan Markle’s arrival and her ethnic background means the royal family will never be the same again and how she boosts the “modernization” project of the future king, William, and her husband, Harry.
“The royal family will always be different — the accent is still out of time — but with this marriage it begins to look a little more like that country it represents,” wrote the Sunday Times of London in an editorial. “It may help, at the margin to make the country more at ease with itself.” 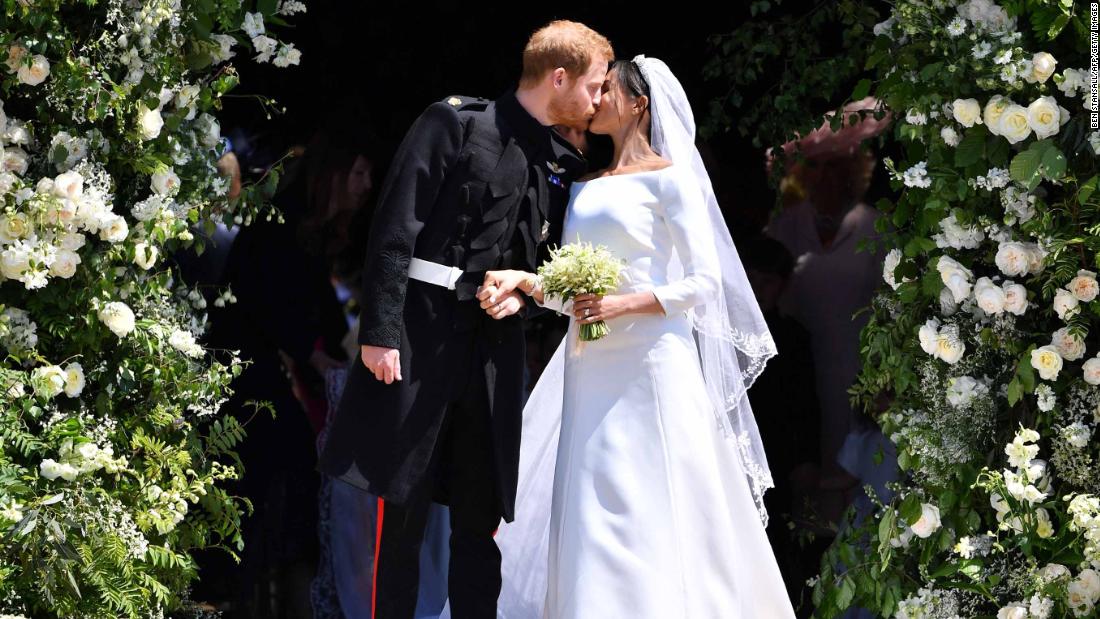 Polls show that a majority of Britons favor retaining the monarchy, and Queen Elizabeth, after 66 years on the throne, remains respected even by those who are not ardent royalists.
Still, for all the euphoria of a good royal wedding, it’s difficult to see how the new duchess can alter the fundamentals of an institution that dates back more than 1,000 years. Though it has lost much of its political power over the centuries, at its core, it rests on the concept, that by virtue of birth, one person is more “noble” than the next.
There’s not that much “modern” about that.
The royal wedding also came at a moment when Britain is facing a political crisis on top of Brexit, as a crackdown on illegal immigration has ensnared members of the post-war “Windrush” generation of Caribbean migrants.
Some immigrants, who have lived in Britain almost all their lives, have been struggling to show documentation of their legal status amid fears of mass deportations, in a scandal that claimed the job of a senior minister and hammered the government of Prime Minister Theresa May.
Gigapixel: The wedding of Prince Harry and Meghan Markle
This was one reason that the racial undertones of Curry’s sermon, and his quoting of Martin Luther King Jr. was so politically resonant, in a nation with significant black and South Asian populations which also wrestles with the societal questions raised by minority religions.
Daljit Sidhu, who is of South Asian heritage and lives near Windsor, told CNN’s Aimee Lewis that the royal family’s new dash of diversity was important.
“I was born and bred here, but you were always different. Ten years ago you wouldn’t have thought this would happen.”
Still, that it took two Americans — Markle and Curry — to bring change to the royal family is rich in historical irony. 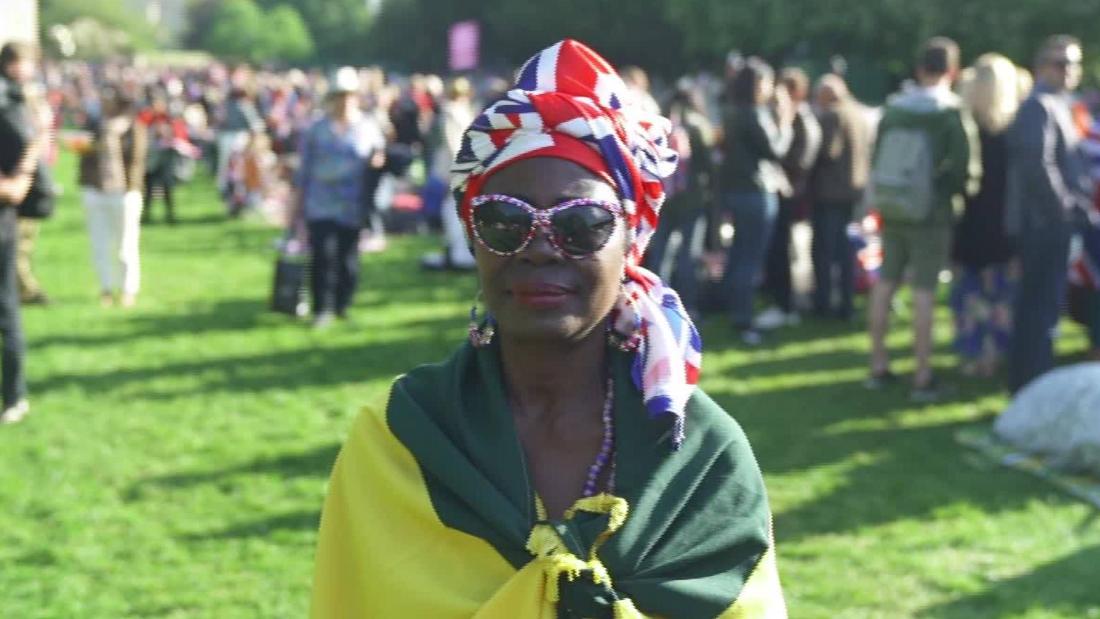 Love and laughter at the royal wedding

Trump is also looking to the past

If there’s anyone that loves a good show, it’s Trump, who is looking forward to his very own parade in Washington later this year — which might make up in military hardware what it lacks in British imperial pageantry.
Perhaps the most incredible aspect of the royal wedding was that it was one global news story that did not revolve around America’s tweeting, disruptive President.
Like Britain, America was a nation that needed cheering up, as the tragedy of yet another school massacre darkened the weekend but was for a while displaced by blanket television coverage of the royal wedding. 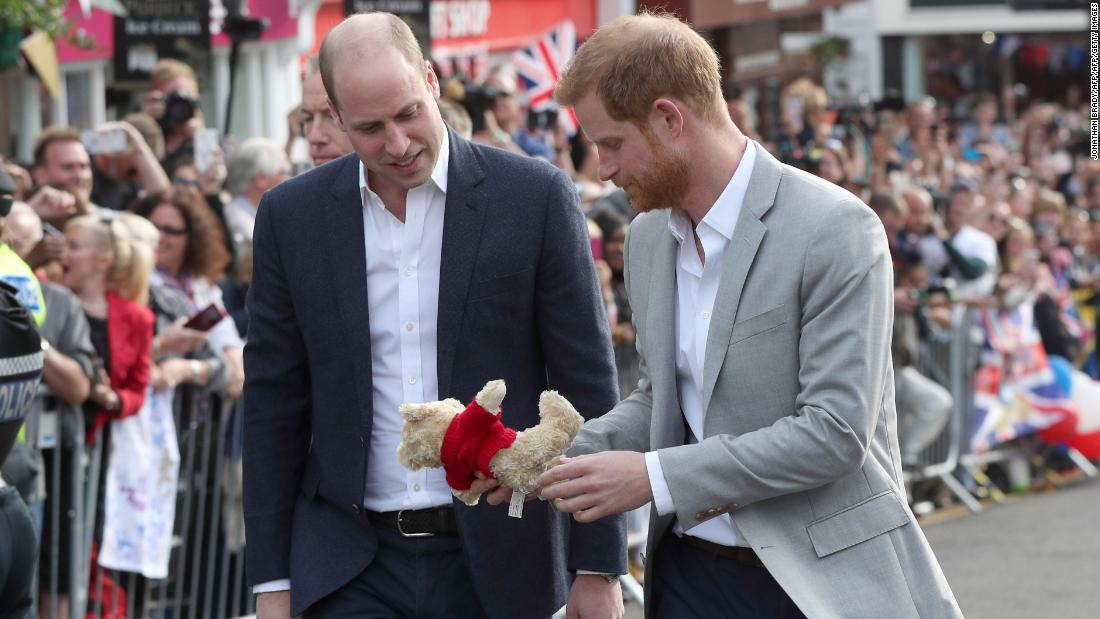 There was however significant breaking news out of the White House Saturday, as details emerged of a deal for China to buy significantly more US goods and services to cut the size of the trade imbalance between the two countries.
It was not immediately clear what the agreement would mean — but it could turn out to be a victory for Trump’s “Make America Great Again” campaign.
The most significant word of that slogan is “Again.”
If the royals offer a reminder of a time when Britain was “great” and ruled half the world, Trump is dedicated to restoring the power of the moment when America succeeded its former colonial master as the world’s preeminent, unchallenged power.
His political project — and his populist economic policy — has all along rested on the idea of recreating a hallowed era, especially in the industrial Midwest, before US manufacturing was hollowed out by developing powers like China.
If immigration was the driving force between Britain’s shocking vote for Brexit in 2016 — it was also the animating dynamic behind Trump’s convention busting election win a few months later.
At the root of Trump’s appeal to his voters is a promise to check the disruptive forces of globalized economics and ethnic diversity that have been remaking the United States in recent decades.
Almost every week brings a new controversy over Trump’s approach, from the failure to deal with undocumented migrants brought to the US as kids and his administration’s plans for a more selective legal immigration system.
That’s where he and the royals differ. While Harry’s bride sees a chance to use ethnicity to reboot the magic of the monarchy, Trump has more often used diversity to divide.
His rhetoric on Islam and race, his reported — and denied — complaints about “shithole” African countries and demands for more Norwegian immigrants, leave an impression he’s using fears about the changing face of America as a political tool.
In his speech at the Republican National Convention in 2016, Trump painted a dark picture of a nation beset by a modern plague of crime and terrorism in the cities, and economic blight in its industrial powerhouse.
But like the royals, he evoked a glorious past.
“We will lead our country back to safety, prosperity and peace,” Trump said. “We will make America strong again. We will make America proud again. We will make America safe again, and we will make America great again.”
To Trump’s critics, he has seemed to be evoking a more traditional, and whiter America equating to the Eisenhower post-war boom years of the 1950s when he was a boy.
But while this vision is a popular one among Trump’s supporters and helped him win the election in 2016, it’s not yet clear whether it will be an enduring political message in a nation undergoing demographic changes that will make whites a minority within a quarter of a century and with no sign that mass re-industrialization is about to take hold.
Americans will get to choose whether to keep their current head of state and the path on which he has set the nation in 27 months. The Queen’s health is robust, but since she’s 92, a changing of the guard is also approaching for the monarchy.
The years to come may test, on both sides of the Atlantic, whether paying homage to a glorious past offers a template for taking on the struggles of the future or is just a pleasing distraction on a Saturday afternoon.