Xenophobia played a part in the British vote to leave the EU. It was also present at the birth of the US. But we only survived by being open to the world 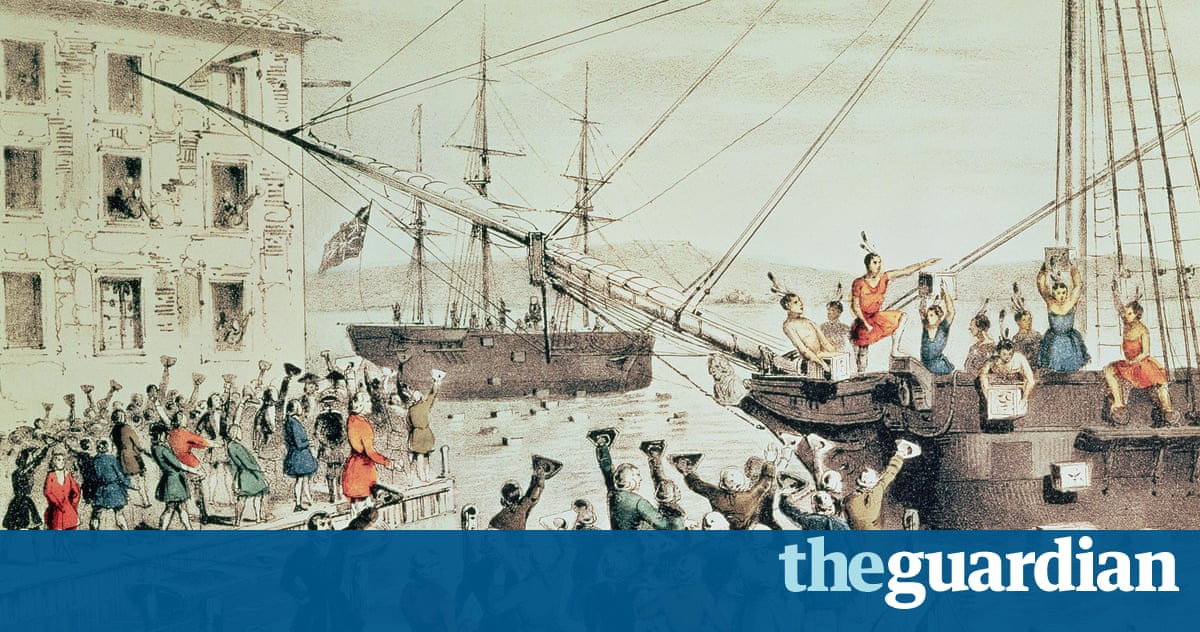 Last Thursday, as it became clear that the citizens of the United Kingdom were voting to leave the European Union, a lot of Americans began scratching their heads. What was this monumental decision that was sending shockwaves through the financial markets and threatening to rewrite the map of Europe?

And, more importantly, why should we care?

Since the vote, a flurry of articles have addressed the effects of Brexit on globalization, on the US economy, and on our national security.

But Britain could actually learn a thing or two from the United States after all, we staged our own Brexit in 1776. Granted, ours was fought with muskets and fixed bayonets, but there are similarities between Americas fight for independence and Britains desire for a greater control in its own affairs. Moreover, despite Britains deep desire to hold onto its American colonies, our revolution also provided unintended economic benefits for Britain. Should Brexit actually happen, theres a chance that this revolution at the ballot box might also benefit the UK in ways that people dont yet realize.

Both the American revolution and the Brexit vote were, at their core, about commerce. Even those whose knowledge of the war of independence is shaky remember the rallying cry of the colonists: No taxation without representation! Laws such as 1765s Stamp Act (designed to defray costs of the seven years war) made Americans feel as though they were always on the short end of the economic stick. Americans wanted to keep their hard-earned cash in the colonies, not send it off to Britain.

Similarly, a centerpiece of the leave campaign walked back immediately after the vote was the claim that 350m a week sent by Britain to the European Union would instead be pumped into the UKs National Health Service. While this wasnt precisely a matter of no taxation without representation, the sense that British money was pouring into Europe with little to show in return has direct parallels to Americas economic woes in the 18th century.

Theres also no denying that xenophobia played a major role in the Brexit vote. What is often forgotten about Americas early history is that we were plagued by cultural isolationism, too. In 1774, the so-called Intolerable Acts, imposed by Britain on the colonies after the Boston Tea Party, included the Quebec Act, which gave French Catholics religious freedom in exchange for loyalty to the crown. Many protestants in the the 13 breakaway colonies were united by anti-Catholic zeal and saw this as too much foreign influence. If Catholics were granted rights in Canada, what might happen down here?

But if Americans thought that winning the war would stem the tide of immigration, they were utterly wrong. Theres been a tension in the United States since its founding between the native-born and those who have immigrated, and there has never been a moment in American history when some race or nationality hasnt been the focus of anti-immigration fervor. Those in the UK who voted to leave the EU may think theyve won a small victory in tightening Britains borders, but if Americas history is a model, theres little that can actually be done to slow immigration.

More importantly, should they even want to? After all, Americas strength lies in its rich tapestry of citizens drawn from every corner of the globe. The same is true in the UK. London has been a cosmopolitan city for millennia; even those UK citizens who think of themselves as entirely British have cultural and physical DNA drawn from Danes and Saxons and Romans and French and Celts. Is now the time to turn back the clock to some imagined past that doesnt see foreign influence? It would be impossible; the idea that Brexit can Make Great Britain great again to steal a slogan from Donald Trump is at best a fantasy. At worst, it sets a dangerous precedent that says nationalism derives solely from race and heritage, while migrants who choose to embrace a new homeland are interlopers.

In November, we shall see if Americans want to go down a similar path. Donald Trumps rhetoric about congratulating Britain on its newfound declaration of independence is just a cover for saying that he, too, would like to reject people in the United States be they American-born citizens of Mexican descent or Muslim immigrants drawn to the freedoms secured by the American revolution who do not fit his model of what it means to be an American.

One reason immigration is important is that after America had won the war of independence, it did not suddenly find itself living in splendid isolation. In fact, the countrys major trading partner became Great Britain, with the United States importing far more from its former fatherland than it could export in those early years. Like early America, Britain today cannot be a self-sufficient nation. Goods, human capital, and money will continue to need to flow in and out of the country. Trading partnerships with EU countries may become more strained, but they cant disappear. In the late 18th century, the new United States needed to quickly become a part of a complex global network. While alliances have shifted over the centuries, that network remains intact.

Brexit makes maintaining that network more difficult. As British politicians vie for power in the aftermath of the vote, financial markets will stay volatile. As EU citizens living in Britain wonder whats going to happen to their livelihoods, companies will have to think hard about how much investment they want to make in Britain. History teaches us that the British economy will recover eventually, but it will take time.

What could set that recovery back enormously would be the election of Donald Trump in November. If he imposes even a fraction of his ideas about dismantling trade agreements, building Mexican walls, or deporting immigrants, tremors in the financial markets could become full-blown earthquakes. What the American revolution teaches us is that theres a difference between freedom and isolation; indeed, Americas place as a pinnacle of freedom has only been achieved by fighting against its isolationist tendencies. If Brexit is implemented, the UK will sacrifice freedom for isolation. We cant let that happen in America, too.