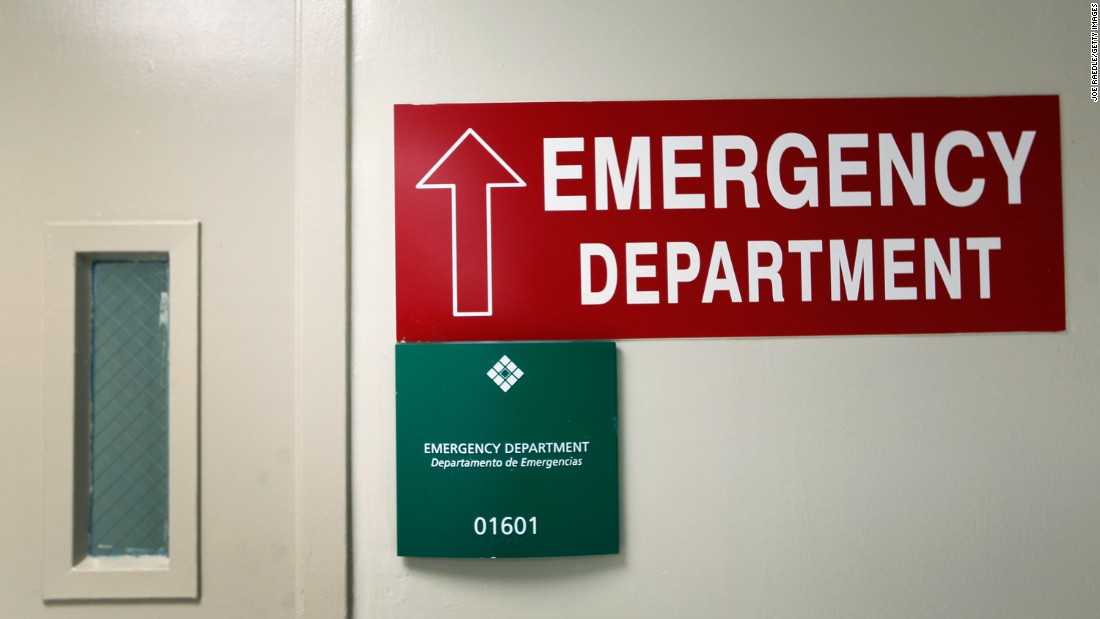 (CNN)Sepsis is the body’s “overwhelming and life-threatening response” to an infection, according to the Centers for Disease Control and Prevention. It can lead to tissue damage, organ failure and death. Sepsis can be spurred by any type of infection, even a minor one, and occurs when germs enter a person’s body and multiply, causing illness and organ and tissue damage. In Duke’s case, the site of complication was her intestine. 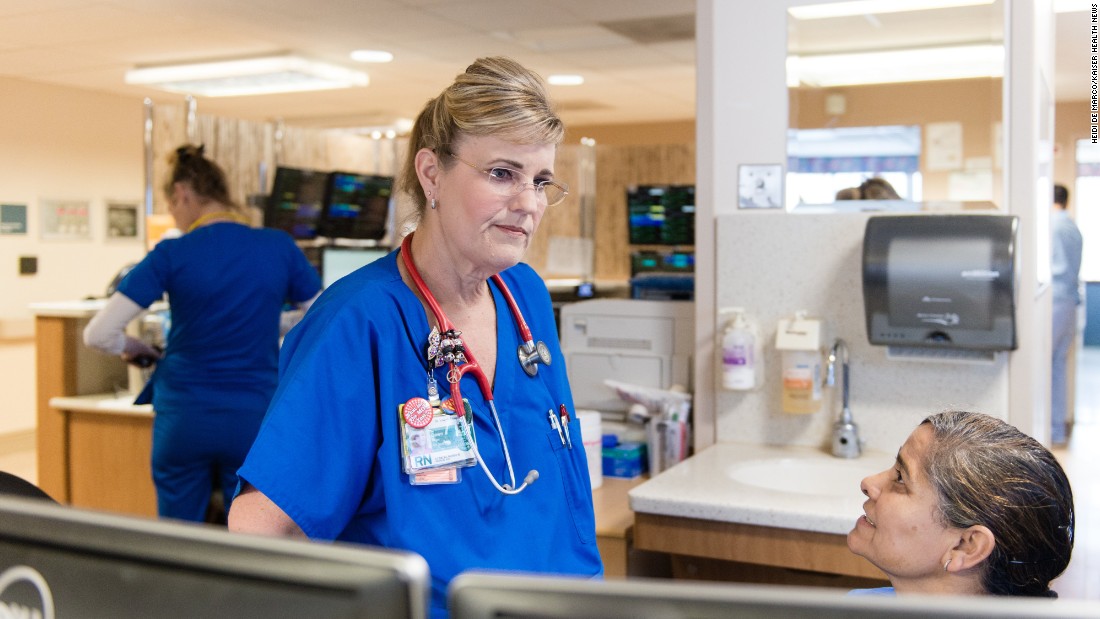 Sepsis kills more than 258,000 Americans every year and leaves thousands of survivors with life-changing aftereffects, the CDC says. There are more than 1 million documented cases of sepsis every year in the United States, and it is the ninth leading cause of disease-related deaths. In 2016, actress Patty Duke died as a result of sepsis from a ruptured intestine, according to Mitchell K. Stubbs & Associates, the agency that represented her. She was 69.
According to the CDC, the number of cases of sepsis is on the rise in the United States because the population is aging; people have more chronic illness; people are getting more invasive procedures, immunosuppressive drugs, chemotherapy and organ transplants; and because of increasing antibiotic resistance. There’s also increasing awareness and tracking of sepsis.
Anyone can get sepsis from an infection, but the CDC says the risk is higher in:
• People with weakened immune systems
• Babies and very young children
• Elderly people
• People with chronic illnesses, such as diabetes, AIDS, cancer, and kidney or liver disease
• People suffering from a severe burn or wound
There is no single sign or symptom of sepsis, but rather a combination of symptoms. Since sepsis is the result of an infection, symptoms can include infection signs — such as diarrhea, vomiting, sore throat, etc. — as well as other symptoms such as shivering and fever, extreme pain, pale or discolored skin, sleepiness and confusion, and shortness of breath. 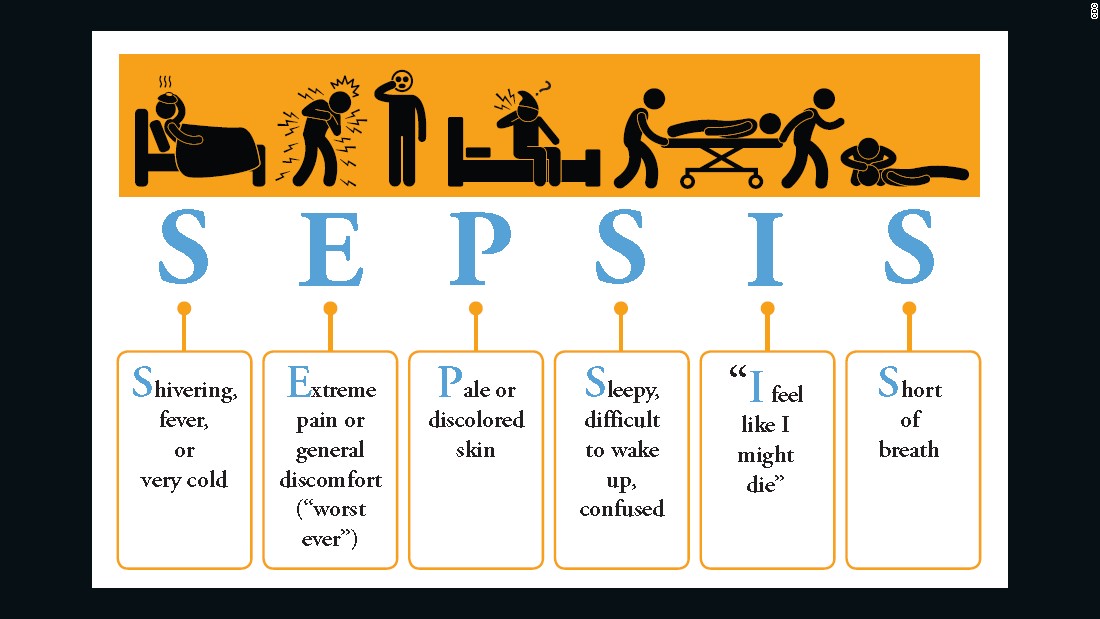 If you think you have an infection or sepsis, the CDC recommends that you call your doctor or go to the emergency room right away. Doctors diagnose sepsis by assessing vital signs, looking for high body temperature, increased heart rate and increased breathing rate. Many of the symptoms of sepsis, though — such as fever and difficulty breathing — are the same as other conditions, making it difficult to diagnose early. “If you are continuing to feel worse or not getting better in the days after surgery, ask your doctor about sepsis. Sepsis is a common complication of people hospitalized for other reasons,” the CDC says. 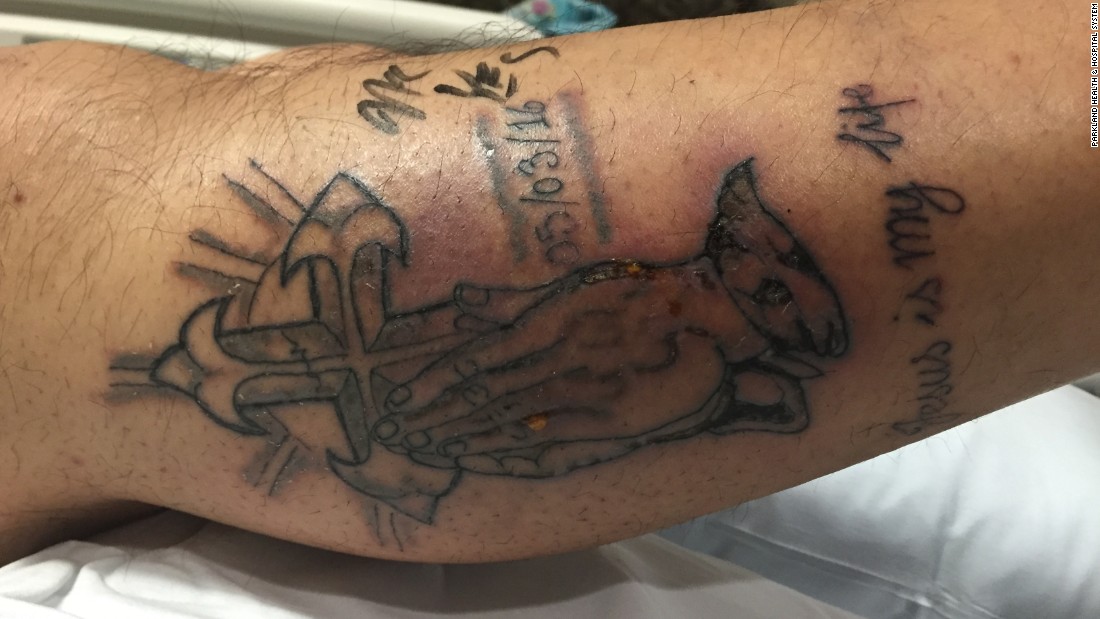 Sepsis is treated with antibiotics administered as soon as possible. Other types of treatment, such as assisting breathing with a machine or kidney dialysis, might be necessary. Surgery is sometimes required to remove tissue damaged by the infection.
Many people who get severe sepsis recover and are able to return to their normal lives, the CDC reports. But some people experience permanent organ damage. “For example, in someone who already has kidney problems, sepsis can lead to kidney failure that requires lifelong dialysis,” the CDC says.