Britains weakness outside the EU is clear, and public opinion has swung sharply against Theresa Mays approach. Dont think there is no turning back 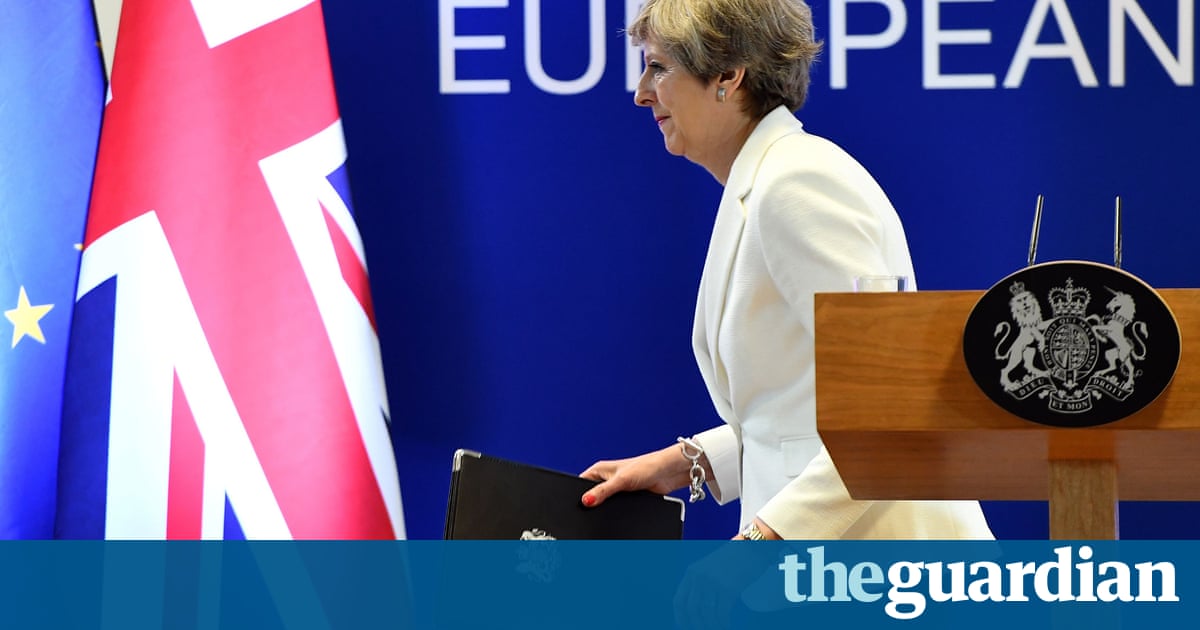 The UK is in turmoil. Sixteen months ago, when David Cameron announced the date of the EU referendum, we were the fastest growing economy in the western world and the envy of Europe. The Brexiteers were convinced that Europe was on its way to ruin. Now Britain is becoming the laughing stock of Europe. The pound has weakened. Inflation is six times higher than the 0.5% it was a year ago. Today, inflation is 2.9% and wage growth is 1.7%. Europe is growing faster than Britain.

And the prime minister, Theresa May, who has suffered heavy defeats in the House of Lords and in the general election that she chose to call, has not listened to parliament, business or the people.

She has been compared to Margaret Thatcher, the lady who was not for turning. Yet Theresa May has U-turned time after time, be it on national insurance for the self-employed, the promise that there would be no election before 2020, and even on social care measures in the manifesto. The prime minister does not just U-turn: she pirouettes more than Darcey Bussell.

Our trade negotiators show startling naivety as they enter into what they describe as high-level dialogues. It took the Canadians eight years to secure an EU-Canada free trade agreement, but even Canadas lead trade negotiator, Jason Langrish, has warned that no mutually beneficial deal can be reached.

We are also negotiating against all the odds. We are one country against 27. We are 65 million whereas the rest number 500 million. We are up against the European commission, the European parliament and the European council, and we have a weak minority government.

Liam Fox, our illustrious trade minister, speaks of going global and opening up to the new world. The Indian high commissioner in London, YK Sinha, has said very clearly that India is open to a bilateral trade deal but there will be no trade deal without looking at the movement of people.

Refusing to listen to the UKs world-class universities, let alone our partners in India and elsewhere who demand stronger ties between our world-beating universities and theirs, the prime minister still treats students as immigrants in net migration figures. Yet international students bring 25bn into the UK, and are one of the strongest forms of soft power in the country. Just look at the realities of a country such as India, with 1.25 billion people. How many bilateral trade deals does India have with the rest of the world? Nine and not one with a western country.

Most of all, Britain is losing its standing and respect in the global community. Our weakness outside the EU has never been clearer. Now, as many as 53% of the British public back a second referendum, according to a poll by Survation for the Mail on Sunday. Public opinion is very much against the prime ministers Brexit approach, and if there were a free vote in the House of Commons, 44% would be in favour of remain, not to mention that 70% of the members of the House of Lords are in favour of remain. We have been told to respect the will of the people, but dont think there is no turning back.

Young people, who turned out in vast numbers in the general election, could easily sway the result of another referendum in 2019, if that were put on the table.

John Kerr (now Lord Kerr), who wrote article 50, has said time and again that we can unilaterally withdraw. Prior to triggering article 50, we had the best of both worlds. Even now the EU, including the French president, Emmanuel Macron, would welcome us back. If that is the will of the people in 2019, that must be respected.