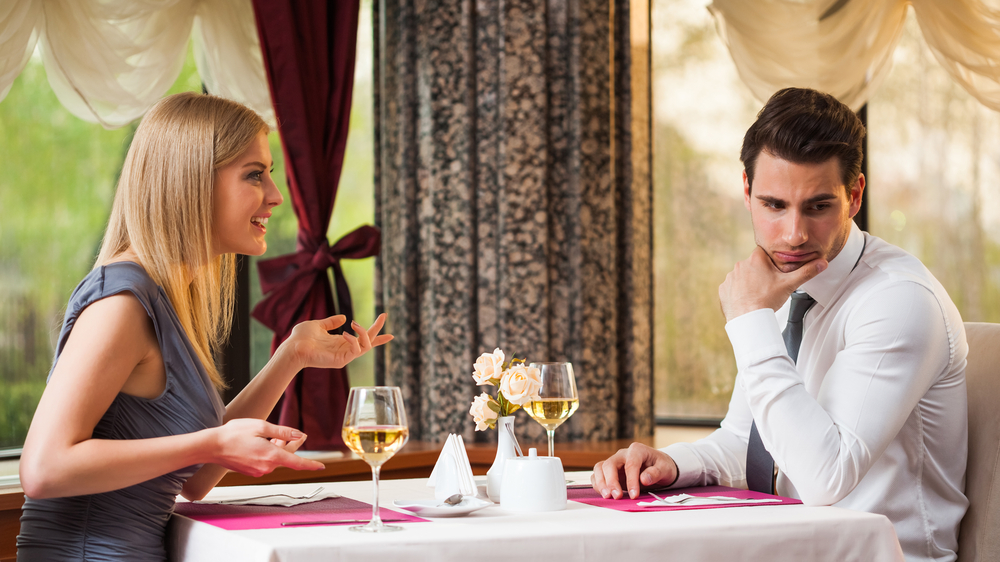 Hi everyone! I’m a straight guy who’s probably a lot like the guy you’re texting/hooking up with. The Betches have asked me to break down things openly and honestly so you don’t have to have that guy lie to your face. I’ve broken down contestants, dating apps, and one piece bathing suits. So grab that phone, go take a poop (don’t worry, I won’t tell) and enjoy The Betches’ next question of the male mind…

This is one of those questions that’ll prompt a tweet or DM from a younger girl saying, “What does it matter what a guy thinks!? YES ALL WOMEN! IF YOU CAN’T DEAL WITH OUR CAREERS THEN YOU HAVE A SMALL PENIS!!!” And part of that is true. I’m sure there are guys who are intimidated by a job title or a woman’s success in comparison to their own and I’d say that’s probably more their own issue with themselves (penis size) and not women in general. But to say we all don’t judge every guy or girl by the job title on their Bumble profile is absolutely crazy. When you see “finance,” you’re going to have a very specific first reaction. You’re going to remember that other finance guy you dated and how he was this and that and judge the next guy by that memory. All of those emotional reactions are normal. So remember, this is my first thought based on having dated multiple girls with these careers and that doesn’t mean you’re exactly like them but it means this is what most guys think at first glance.
Also (kind of a side note), I love when a woman has a successful career. I’m not just saying that to let you know that my penis is huge, but you can DM me on Instagram (@jaredfreid) to discuss women with great careers. Just putting that out there about strong, independent women. Love a good discussion.

All of these jobs are in the same category because no person on earth has ever been as busy as a girl who works in PR/fashion/advertising. Literally not one person. There are surgeons who will respond to a question about work with a simple, “Things are good.” Ask one of these girls about work and you’re about to get a response that sounds like they just came running from a burning house and they’re trying to wrangle up the fire department. And don’t get them started about Upfronts or Fashion Week (which might be 51 weeks a year) or Chihuahua Week (or whatever thing she does PR for) because they’ll actually faint onto a couch mid-explanation. If you’re going to date these girls, just get ready to feel like you literally do nothing in comparison.

If they’re in law school then you can add them to the PR/Fashion/Advertising group. Nobody has ever complained more about being busy than a law school student. You’d think they wouldn’t complain so much since they bailed from the real world of no grades or affirmation to get back into that cuddly, “Go to class, study the material, get the grade you deserve, repeat,” blanket.

When I date a girl who works in law I’m just going to assume there will be a lot of random “law school friends” that I’m going to have to meet along the way. They’ll be mostly guys and the explanation of their friendship will always be a little too vague to have not been romantic at some point. You’ll have to come to terms with “He’s just my law school friend” being a guy who once DMed her about studying to try and bang and then just settled for the reliable study buddy option.

We assume that you’re literally the smartest person we’ve ever met and you can answer any question we’d ever have about our body AND you’re not grossed out by much. So we figure that you’re willing and able to explore regions of our bodies that we had no idea could make us climax.

It’s almost like you’re dating a really competitive guy from your fraternity. She’s going to be really pumped for happy hours and then wake up the next day as if multiple shots never happened. She’s going to take you to a group fitness class and do everything way better than you ever could. She’ll have relationships with men that seem almost so asexual that they’re sexual. Calling other guys pussies and referencing how they puked during their first year “like a bitch.” It’s all really hot and not at the same time and there’s a moment where you wonder if she’s training you for a decathlon.

When you’re a teacher we have to become an actor because you’re going to tell us stories about kids we really don’t care about while looking like we’re interested. I’m sure these are great kids, but they aren’t our kids, and in a year you’re going to have a whole new group that produces the same stories that we are going to have to, again, look like we care about.

The thing about HR people is that they change jobs a lot and they have to hear about everyone at the office’s problems. So guess what? So are you. Every day will be a new LinkedIn story or update as well as a new complaint about Kathy’s complaint. It’s a lot like the teacher, except nobody in the story is cute and you get to hear what type of animals men act like in the workplace.

So, yeah. That’s what we think. Have fun dating!