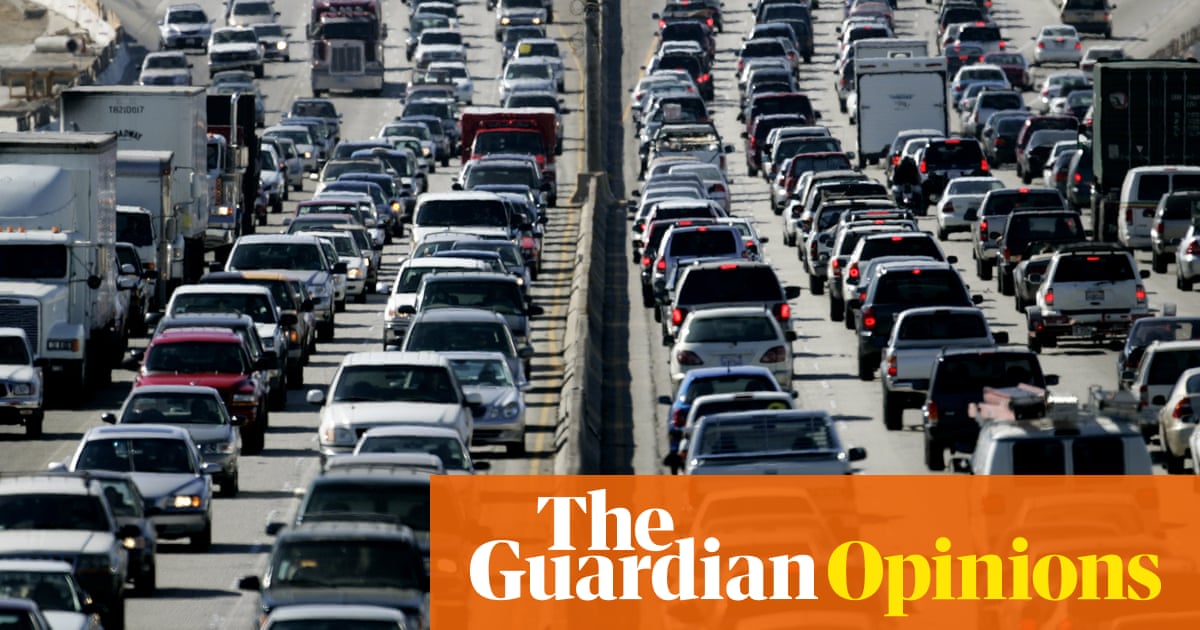 These, a chorus of voices tells us, are the bittersweet, waning days of our long love affair with the car. In Los Angeles, the most congested city in the world, the average motorist was stuck in peak-time congestion for 102 hours last year. In London, drivers lost the equivalent of three days sitting in traffic jams.

Americans’ rates of car ownership and number of annual miles driven peaked some 15 years ago, and are unlikely to rebound. Young people, for whom cars once served as indispensable tools for independence, identity formation, adventure, self-display and connection (often sexual), have opted for an alternative freedom machine: the smartphone. The proportion of young Americans with driving licences stood at about 92% in 1984; since then it has plunged 15 percentage points. In the UK too, the number of younger drivers has fallen dramatically.

And young people aren’t the only ones. In tones ranging from concerned to dystopian, commentators over the past two decades have described the global crisis caused by our devotion to internal combustion engine vehicles, which belch forth nearly a quarter of the world’s CO2 emissions and take about 1.3 million lives each year. Environmentalists and progressives hail the death of the car, while in the corporate headquarters of Detroit, Tokyo and Wolfsburg, anxiety reigns.

This week one of Germany’s highest courts ruled that heavily polluting diesel vehicles can be banned from the centres of Stuttgart and Dusseldorf. They are far from the only cities attempting to restrict traffic and the air pollution it causes. But it would be rash to write off cars, which still shape most aspects of everyday life in many countries. In the US, above all, “automobility” has been a way of life ever since cars began to roll off assembly lines.

Although automobility developed early in Germany, Britain, France and Japan, the wide-open landscapes, sparse transport infrastructure and individualistic orientation of America made it the ideal kingdom of the car. The building of the interstate highway system in the 1950s was a monumental public works project that effectively subsidised the oil, automobile, rubber, construction, cement and insurance industries. Over the four decades it took to complete, automobility permeated the built environment and dictated patterns of work and leisure.

Accounts of the rise of driving tend to explain it as the product of people’s desire for the useful invention that Henry Ford made affordable with his Model T. Ford’s grandson Henry Ford II defended the car’s domination of transport policy as reflecting “an overwhelming public mandate”. But this claim obscures both the political influence wielded by auto-related industries in setting policy – as when the group of executives known as the “road gang” advised the then president Dwight D Eisenhower in the 1950s – and the ways in which the car was promoted as an effective mode of political training.

Then as now, the landscapes and practices of driving are well suited to capitalism: individualism, competition, obedience. The autonomy, mastery and abandon that we are supposed to feel while driving relate directly to how capitalism prefers that we conceive of ourselves: as self-owning commodities to be contracted out to labour.

The massive, state-funded automobilisation of American life took place in the shadow of the cold war, when the government was anxious to demonstrate the independence that citizens of the “free world” enjoyed. Images of drivers hurtling down the highways in their “freedom machines” with, as Chuck Berry sang, “no particular place to go”, served as propaganda. The physical immobility of the citizens of communist nations, by contrast, showed the villainy of Soviet-style regimes.

China is currently automobilising its landscape with a speed and magnitude that rivals that of the mid-century US. There, too, automobility develops in citizens the sensibilities that underpin capitalism. Western media reports on China’s rising car culture abound with the voices of drivers attesting to the freedom Chinese drivers feel behind the wheel. And with its enormous population, and environmental woes, China is particularly incentivised to give cars the technological upgrade they need: unseating human pilots in favour of autonomous operation and substituting for petroleum more cost-effective and carbon-neutral fuels. Whatever automobility 2.0 will look like, it will almost certainly arise in, and reflect the values of, an emphatically capitalist China.

The example of China’s ambitious automobilisation plan points to the second reason that automobility isn’t going away – or being revitalised – in the US: political sclerosis. The current US political climate makes it difficult to imagine the federal government accomplishing something like an interstate highway system. It won’t even fund the infrastructure required to implement the much-heralded driverless cars.

Meanwhile many of us who live and work in the US have little choice but to structure our lives around driving, even when we know it brings danger, congestion and expense. We don’t love the car any more – if we ever actually did – but we remain married to it.

• Cotten Seiler is the author of Republic of Drivers: A Cultural History of Automobility in America. He teaches in the American Studies Department at Dickinson College