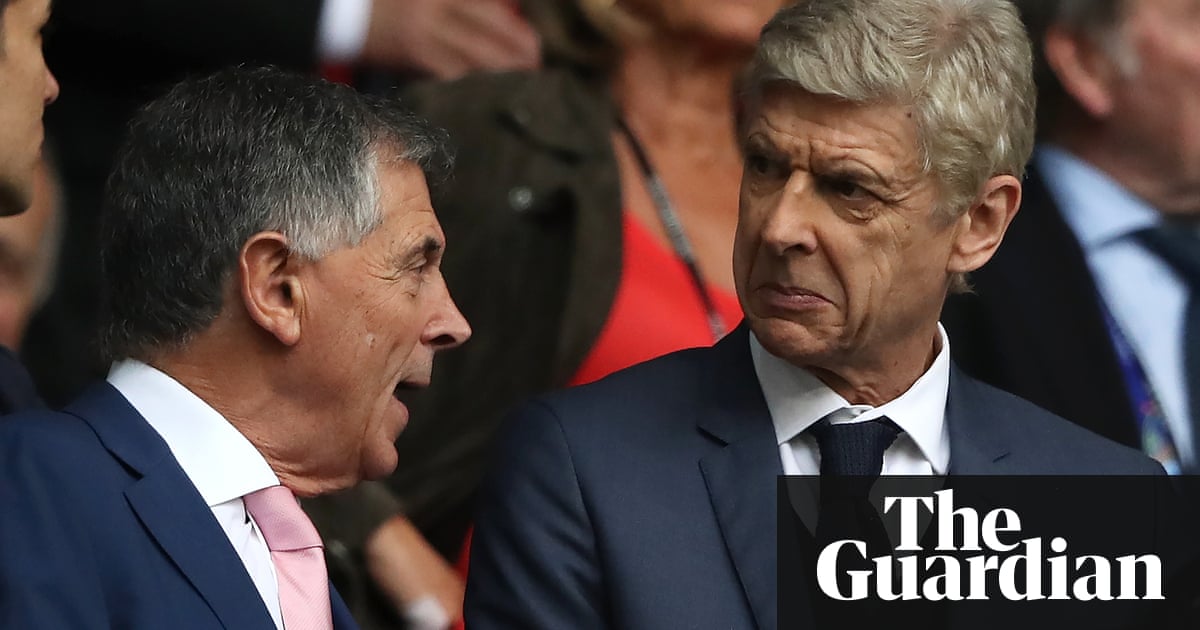 Arsène Wenger turned them all down, every leading European club, in order to remain true to Arsenal. The outgoing manager has promised to reveal all one day but now, on the eve of his final game at Huddersfield Town on Sunday, it is not the time. There is life in the tease yet. But did he regret having always stayed put? “Maybe,” Wenger replied, which felt faintly shocking.

The 68-year-old is resolutely not one for regret or looking further back than the previous match. He has taught himself to blot out personal feeling, to compartmentalise, to “control the animal that is inside of you”. But when he held his final briefing as the Arsenal manager with the written press, he was reflective and wistful.

Wenger admitted that, like most observers, he separated his lengthy tenure into two parts – the Highbury years and the Emirates Stadium era. The club’s 60,000-seat bowl, into which they moved in 2006, is a monument to Wenger and he was not about to speak ill of it. And yet, when he talked so lovingly about Highbury – the scene of his greatest triumphs – it was possible to sense internal conflict.

“Highbury had a special spirit,” Wenger said. “It’s a cathedral, a church. You could smell the soul of every guy that played there. The Emirates was like buying a new house. It took us a while to feel at home there. It’s a fantastic stadium but there was something special at Highbury that you could never recreate when you build something new.”

Wenger brought up the reservations that he had at the time, together with those of the then vice-chairman, David Dein. “I thought we were a bit too ambitious with 60,000 but it worked,” Wenger said. “Dein had his reservations and Wembley was a possibility because we didn’t find a site for a long time. At some stage, we wanted to come out to the M25.”

Wenger painted a picture of the Emirates move as a necessary but painful aspect of the club’s evolution in the context of Premier League expansionism; something they were somehow pressed into by the circumstances of the time. “We had to do it,” he said. “There is no club that can turn down people who wanted to attend the game.”

But it is plain that Wenger feels it restricted him. The idea was that the increased revenues from having more match-going fans would propel Arsenal to a position of financial pre-eminence. The problem was that broadcast money, rather than that from the turnstiles, would become the principal driver over the decade or so that followed. The other major issue was the emergence of extremely rich owners at rival clubs.

“It’s not really happened [Arsenal becoming financially dominant] because other clubs have used outside resources,” Wenger said. “We had a double handicap. We had to pay back the debt on the stadium and we had to face the competition where clubs have even more resources than they usually have.”

Wenger dwelt on Dein. He had mentioned him apropos of nothing last Tuesday, paying tribute to the man who appointed him, and the bond between the pair runs deep. Dein left Arsenal in April 2007 and he would eventually be replaced by Ivan Gazidis in January 2009. “Ideally, I would have loved to continue working with him,” the Frenchman said of Dein.

Wenger believes that Tottenham will be forced to confront similarly harsh realities in the short-to-medium term as they live their own stadium rebuild. Arsenal’s neighbours must find at least half a billion pounds to finance the project.

“The prices for the stadium have doubled but the transfers of players have tripled or quadrupled,” Wenger said. “Today, a guy like Harry Kane – I don’t know for much they can sell him: £100m? So they might have more supply. But they have to face it. Will Tottenham have to sell players? To Arsenal, maybe.”

Wenger gave a mischievous smile. There is no doubt that since what has come to be known as The Announcement, he has loosened up a little. He also admitted, at last, why he insisted on dragging the media to St Albans for 8.45am press conferences – and it was what we had always suspected. (It is possible to count on the fingers of one hand the number of times he was on time.)

“I know that in the press, nobody likes to get up early so it is to make you suffer a bit, as well,” he said.

Yet it was his own suffering that undercut the final address. This is a man who has lived in north London for 22 years but, by his own admission, does not know the way into town. “Basically, I’ve never been to the centre without a driver,” he said. “My way was Totteridge-London Colney.” In short, Wenger’s life has been Arsenal.

“It’s a bit strange for me but I’m slowly understanding that it finishes,” Wenger said. “I have 20,000 trees out there [at the training ground] and I saw every one of them when they were small. Now they are massive. I will greet every one of them before I leave and say: ‘Thank you.’ Of course, it’s my life. I don’t know anything else. That’s why it will be difficult.”