When these young entrepreneurs bought a remote ski resort in Utah, they dreamed of an exclusive, socially conscious community. Is this the future, or Mt Olympus for Generation Me? 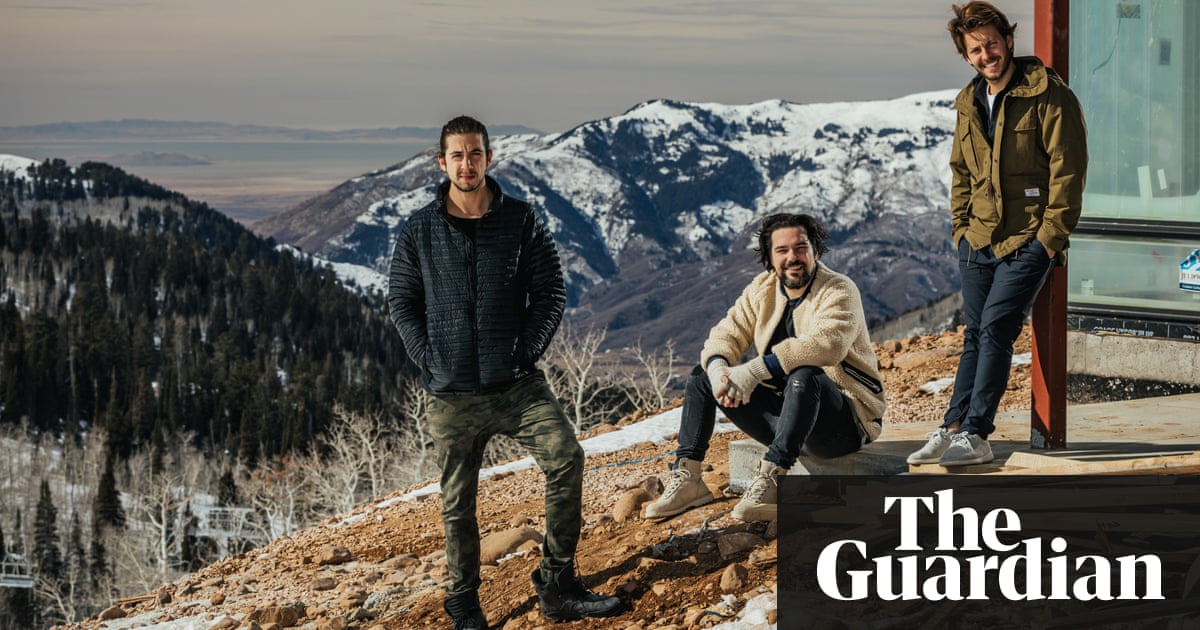 Jeff Rosenthal is standing near the top of his snow-covered mountain wearing a fluffy jacket, fingerless gloves and ripped jeans. “It’s surreal, man!” he says, shivering as he surveys the landscape of newly laid roads and half-built homes. “That’s Ken Howery’s house, the co-founder of PayPal. Awesome house!”

He lists the other investors who are turning this remote Utah community into a crucible of “generational ideology, innovation and entrepreneurship”. Richard Branson will have a house here, and so will the world’s most powerful marketing executive, Martin Sorrell. The Hollywood producer Stacey Sher and the actor Sophia Bush will be their neighbours, as will Miguel McKelvey, a co-founder of WeWork, and the renowned technology investor and author of The 4-Hour Work Week, Tim Ferriss.

The audacious real estate project – branded Powder Mountain – is becoming a mecca for altruistically minded members of the global elite. “The goal will always remain the same,” says Elliott Bisnow, Rosenthal’s business partner: “To be a beacon of inspiration and a light in the world.”

Bisnow, Rosenthal and three friends, all entrepreneurs in their 30s,dreamed up the scheme after spending years running Summit, an exclusive gathering described by insiders as a “Davos for millennials”.

Applicants to Summit are screened and interviewed to ensure they display the correct “psychographic” (or mindset) for the events. It is pitched as an entertaining ideas festival, comparable to TED and Burning Man, featuring speakers such as Quentin Tarantino, Jane Fonda, Peter Thiel and Jeff Bezos. Guests pay $3,000-$8,000 (£2,200-£5,800) for access to three-day flagship events, hosted everywhere from beaches in Tulum, Mexico, to cruise ships in the Caribbean.

Having finessed the art of persuading rich people to pay to join these getaways, the founders convinced their friends to help them buy an entire mountain in Utah, complete with 10,000 acres of some of the best ski terrain in the US.

They bristle at the idea that they’re trying to build a high-altitude utopia for plutocrats, but then casually refer to a segment of their clientele as “the billionaire set” – and don’t hesitate to mention that their mountain happens to be located between towns named Eden and Paradise.

The beautiful surroundings and unique blend of people, Rosenthal believes, will create the “exponential opportunities of the future”. “I have this whole rap with Gertrude Stein, Katharine Graham, De’ Medici, Bauhaus. There’s this rich history of groups coming together, where the whole is more than the sum of the parts, right?” he says. “I think that’s what’s happening here.”

Such hype might seem detached from reality, but it is much in vogue among the technology sector’s new generation of millionaires and billionaires, who seem keen to distance themselves from the selfish excess of their predecessors from 1980s Wall Street. They show less interest in super-yachts or sports cars; instead they speak about spiritual enrichment, connections to nature and purpose. It is against this backdrop that countless Summit-like festivals, retreats and communities have emerged in and around California, promising to help wealthy clients find a better version of themselves.

Further Future, a gathering in the Nevada desert attended by the ex-Google CEO Eric Schmidt, which has been described as “Burning Man for the 1%”, promises a culture of “mindful optimism, wonder and exploration”. Scott Kriens, the chairman of the technology multinational Juniper Networks, recently opened a retreat for self-improvement and introspection in a redwood forest near Santa Cruz, California, recognising that, despite its great advances, the internet “did not help people connect to themselves”. And Esalen, an institute perched on a cliff in Big Sur that has been a magnet for a bohemian set searching for spiritual enlightenment for half a century, is now directly courting guilt-laden tech executives. “The CEOs, inside they’re hurting,” the director, Ben Tauber (a former Google product manager), recently said of his clients. “They wonder if they’re doing the right thing for humanity. These are questions we can only answer behind closed doors.”

Summit prides itself on its progressive “content”, with talks about global warming, inequality, racial divisions and the war in Syria, but there is a celebrity draw, with talks such as “Jessica Alba on defying expectations” and “Andre Agassi on scaling change”.