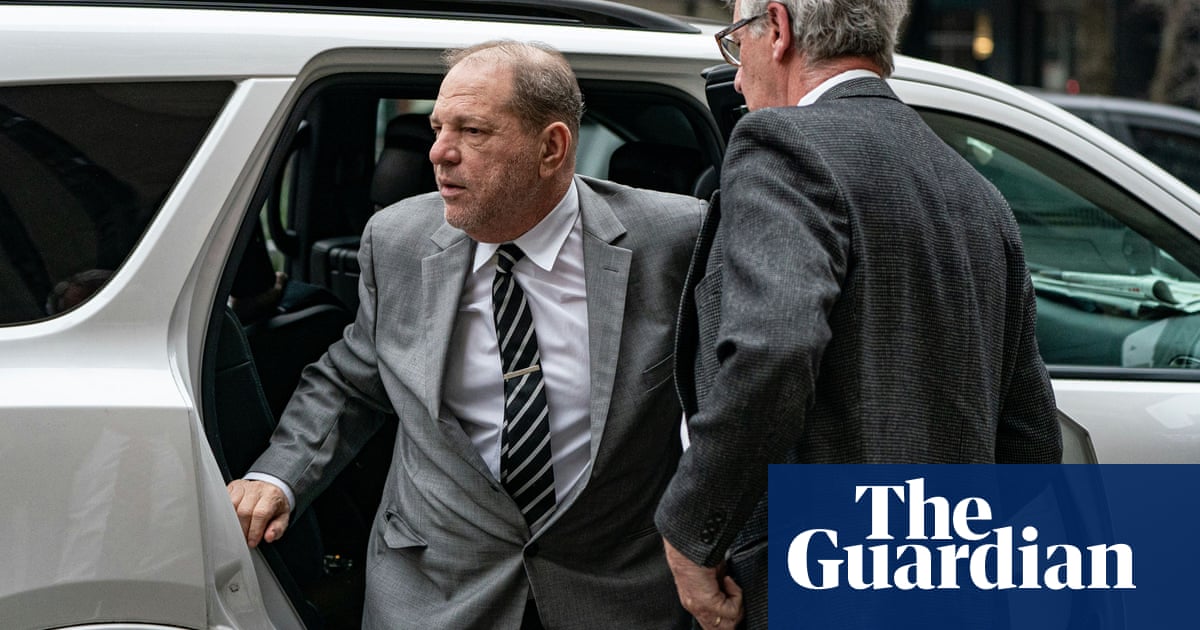 Shocking details emerged from the rape trial of Harvey Weinstein when the second main witness in the case, a former actor, gave wrenching testimony about how the disgraced movie mogul courted her in 2012 and raped her in the spring of 2013, then violently again a few months later.

One of the two key alleged victims directly linked to sexual assault charges against Weinstein, the once-aspiring actor spoke at length about her relationship with Weinstein, who was almost twice her age. Unlike many of the other women who have spoken out, her account had not been made public until the prosecution talked about the case at the start of the trial.

At the beginning of her testimony, the woman, 34, was close to tears. “I’m a little nervous,” she told the courtroom.

She has not previously identified herself in public as an alleged victim of Weinstein, so the Guardian has made the decision not to identify her.

The woman described being raised on a farm in a rural town in Washington state. She said her family was very religious, almost like a “cult”. She moved out when she was a teenager, working as a hairdresser to make money while pursuing an acting career in Los Angeles.

After she met Weinstein in the industry, she described a“manipulative” relationship where he coerced her, often angrily, into sexual acts.

She affirmed multiple times that she did not have a romantic or sexual attraction toward Weinstein, but she kept seeing him because “it seemed like his anger came from a place of pain” and that it reminded her of the anger her father would display toward her.

She likened Weinstein to “Jekyll and Hyde”, saying he could be charming in public but often showed frightening anger when they were alone. “If he heard the word ‘no’, it was like a trigger for him,” she said.

In a surprising piece of testimony, answering questions from the prosecutors, the witness on Friday described Weinstein’s appearance and then said that he appeared to be intersex. “He does not have testicles and it appears he has a vagina,” she told the court.

In March 2013 Weinstein took her up to a room in a New York hotel and then prevented her from exiting, she told the court.

She demonstrated for the jury how he held up his arm to block the door. After resisting, Weinstein grabbed her hands and started forcing her to undress. “Undress. Now,” she recalled him saying, his voice like a drill sergeant, she said. She undressed, Weinstein used the bathroom and then they had intercourse.

After they had sex, she saw a needle in the bathroom trash can. When she later googled the name on the needle, she saw that it was something to treat erectile dysfunction. She started sobbing when she realized there must have been blood from the injection when they had intercourse.

The rape charges against Weinstein, 67, stem from this accusation and that of Miriam Haley, who testified on Monday that Weinstein assaulted her in 2006. Weinstein faces five counts, including two of rape, one of forcibly performing oral sex on a woman and two of predatory sexual assault. Weinstein denies all charges.

The prosecution emphasized the power dynamic between the actors and Weinstein. Friday’s witness said she grew up poor and worked several jobs while she was trying to get roles.

After she met Weinstein and he expressed interest in her acting potential, she initially believed meeting him was a blessing, she said.

The allegedly abusive relationship between Friday’s key witness and Weinstein lasted for several years, the jury heard. The accuser said that Weinstein made calls to Bill Clinton about Hillary Clinton’s campaign in front of her. It was “intimidating to me because you’re raising that much money … you’re that powerful of a person where you could just call them on your phone”, she said. “They’re not going to deal with someone calling rape and ruining that.”

The woman said she kept in touch with Weinstein despite his mistreatment, sending him flattering emails because “his ego was so fragile,” she said, and it “made me feel safe, worshipping him in this sense. I wanted to be perceived as innocent and naive.”

Eight months later she told Weinstein that she was dating an actor. She told the court on Friday that he screamed at her: “You owe me one more time!”.

She begged him not to strip her but he yelled, “I don’t have time for games” and violently raped her, the court heard.