Multinational Mondelz has swapped the chocolate bars trademark pyramids for a gappier, smaller design in an effort to save money in the ugliest way possible 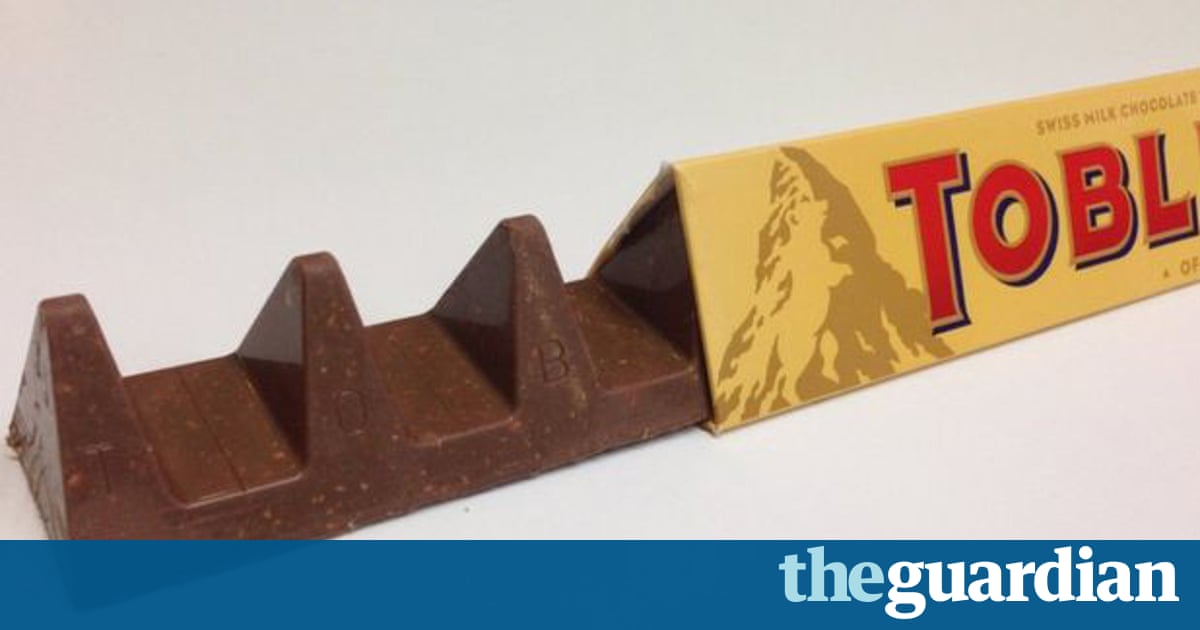 I read something about this. Its an outrage, isnt it? Im taking it as a personal insult.

Tell me what happened. Its disgusting. You should see it. You know how a Toblerone is a row of small chocolate pyramids next to each other?

Yes. Well, now theyve changed it. Now get this! its a row of slightly smaller pyramids, with gaps in between.

I see. Why has this happened? Because Toblerone is a penny pincher. A gappy new Toblerone contains less chocolate than before, which makes them less expensive to make.

Surely in the face of rising ingredient prices, this is a sensible way to protect the consumer. Then just have fewer triangles! Make the bars shorter! Dont turn them into this gappy monstrosity! It simply isnt British!

You know that Toblerone is Swiss, right? Actually smartypants, I think youll find it is owned by Mondelz, an American multinational company.

Wait a second, did you say Mondelz? I did.

It took Bournville out of the Miniature Heroes roster, too. What utter, utter, happiness-destroying bastards. Seriously, Mondelz is the evil face of self-serving capitalism writ large. Toblerone is just the start. Give them the chance and theyll destroy everything youve ever loved. Is there a chocolate bar in the land that Mondelz hasnt got its stinking, meddling, multinational fingers on?

I guess Bounty bars havent changed much. No! Bounty is the worst! Everything is ruined!

Do say: First they came for the Dairy Milk, and I did not speak out